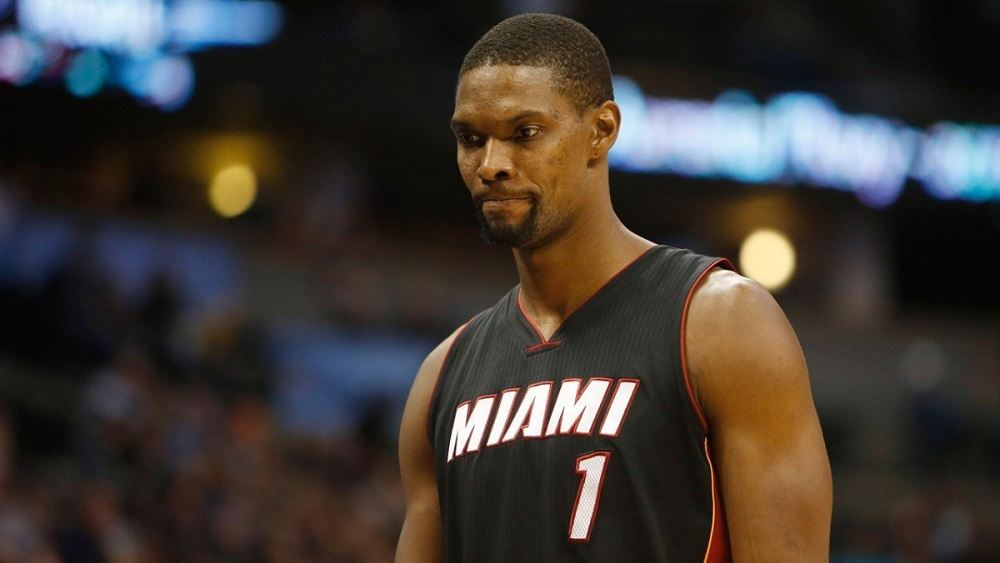 Chris Bosh has been battling blood clots on and off since February 2015 after one formed in his leg and traveled to his lung. Bosh was hospitalized for several days and missed the rest of the season. February 2016 saw another, though far less severe, battle which cost him the end of the season again.

The battle has been fierce. A career and life-threatening injury such as clots isn’t easy to deal with and accept. Unfortunately, after failing his most recent physical with reoccurring clots, the Miami Heat organization seems to have given up on the superstar.

“We headed down the road very excited to a point where we thought it would work,” said Heat president Pat Riley. “And then the physical couldn’t clear him to the next step.”

Full disclosure, I’ve been a big fan of Chris Bosh since his days with the Toronto Raptors, but Riley’s words seemed very harsh to me. Bosh is due $75.8 million over the next three years, fully guaranteed, and Riley sounds more concerned with receiving some salary cap relief than getting their best player back on the court. Dwayne Wade left for the Chicago Bulls, so Bosh is the man’s final shot at a playoff appearance this season.

The Heat can begin to move a large chunk of Bosh’s salary off the cap in February 2017 if Bosh still isn’t back on the court. At that time, his doctors can also declare him “disabled,” making CB a free agent and completely removing his millions from the cap.

“We never, ever thought about that,” continued Riley. “If we didn’t care about Chris, we would have played him in the playoffs. We’re rebuilding, but we’re rebuilding to win now, and that’s always been our attitude.”

Along with Wade, Luol Deng and Joe Johnson are gone. In fact, only eight players of the 19 that played for the team last season are still in Miami (excluding Bosh).

Although to be fair, even with Bosh, the Heat won’t stand a chance in the Eastern Conference against the Cleveland Cavaliers and Toronto Raptors. Still, I wish him nothing but the best in his recovery.