The first knockout round of the Champions League has concluded and all the remaining English teams have crashed out of the competition. As expected, Real Madrid, Barcelona and Bayern Munich have made it to the quarter finals yet again this year.

The reigning European champions didn’t qualify for the quarter-finals with ease. The Bundesliga club, Schalke gave a real scare to Carlo Ancelotti’s men. It would have been the biggest upset of this round, if Schalke would have managed to score another goal at the Santiago Bernabeu in the second leg. Real Madrid faithful weren’t overjoyed after the clash and they booed their team after the loss at home. Los Blancos weren’t the only side to disappoint their fans. Jose Mourinho’s Chelsea FC gave in against the classy display of Paris Saint Germain at Stamford Bridge. After being reduced to ten men, the Parisians didn’t lose hope and showed their character and determination. Chelsea were expected to reach the later stages of the tournament and by eliminating them, PSG have earned the reputation of being genuine contenders. 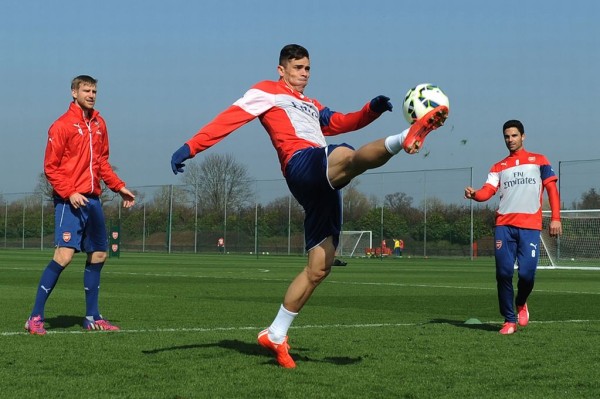 Arsenal won 2 – 0 in Monaco, but they fell short and were knocked out on away goals rule. Atletico Madrid were the runners-up in last season’s tournament. But this time around, Diego Simeone’s men were saved by a whisker. The Spanish club defeated the Germans 3 – 2 on penalties. Porto earned an easy victory over Basel, while the German giants Bayern Munich punished Shakhtar Donetsk in the second leg. Juventus knocked out Borussia Dortmund, who’ve had a season to forget. Apparently Jurgen Klopp’s men would not feature in Europe next season as they are struggling to even make it in the top half of the table in German Bundesliga.

The next round’s fixtures were drawn yesterday and we’ve some crunch ties to look forward to. Paris Saint Germain and Luis Enrique’s Barcelona will go head to head and the winner will reach the semi-finals. Also the winner of this clash can go all the way. Last year’s finalists will compete in the quarter final round this year. Atletico have had an impressive record against Real in the past few games and this clash never ceases to entertain us.

The Portuguese club, FC Porto would have to battle against the German champions. Pep Guardiola’s side are the favorites to win it over the two legs, but no one can decipher where the upsets could come from in any round. Juventus haven’t done well in the European competition in recent past. The Italian giants face Monaco and they are only two matches far from becoming the semi-finalists.

It is for the first time since 2009/10 season that two Ligue 1 teams have made it to the Quarter Finals.