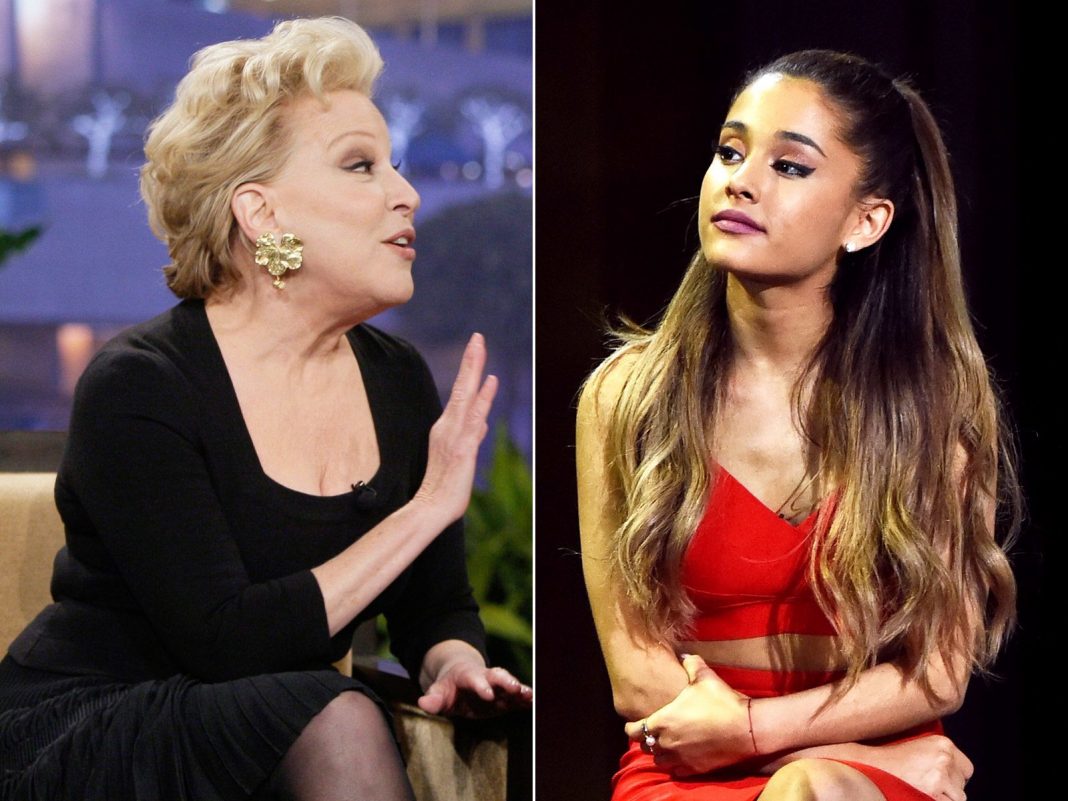 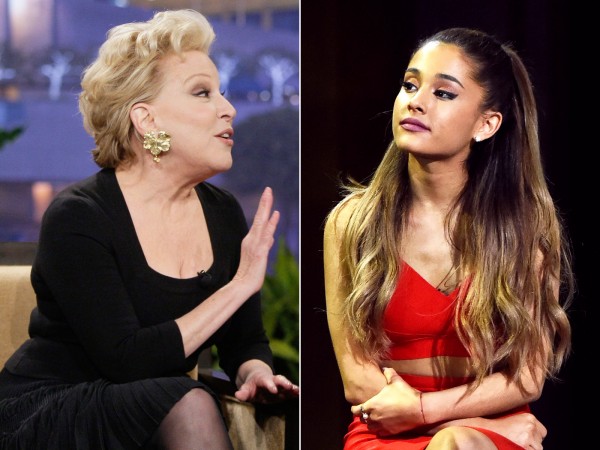 This week’s celebrity gossip includes some less than ladylike behavior between Bette Midler and Ariana Grande. The young starlet is more than accustomed to fellow celebrities putting her down and Bette Midler is the latest one to do so. Handling the situation with a grace not many celebrities possess Ariana Grande issued a dignified reply in response to a rant Bette Midler publically made against her. Midler stated in her rant that in a recent music video Grande was “slithering around on a couch,” and that she has a “silly high voice.” Grande’s reply to this was that Bette Midler used to be a feminist who would tell women to do what they want to do and not listen to those who judge them. The singer then commented that the feminist Bette Midler was the one she wanted back but that in the meantime, Grande is still a big fan of Bette Midler’s work.

The cheesy reality show “I’m A Celebrity Get Me Out Of Here” recently featured Kendra Wilkinson admitting on camera that she didn’t fully understand what she was getting into when she agreed to move into Hugh Hefner’s mansion as one of his young girlfriends. Only 18 when she did the show, Kendra admitted to being naïve and not realizing part of her agreement was sleeping with Hugh Hefner. She reported that when Heffner asked her to go upstairs to his bedroom her response was “sure, let’s have fun.”

Proving that just about anyone can find someone to settle down with former Jersey Shore star Snooki prepared for her wedding this week by celebrating with friends at her rehearsal dinner. The celebration for some odd reason had a 20s theme to it as if Snooki even knows anything about the subject.  Her Jersey Shore co-stars were her guests at the dinner.  This trial run for her wedding included Snooki in a white dress and her bridesmaids decked out in black formalwear.

In an interview with Jennifer Aniston, BBC reporter Chris Stark turned things awkward when he asked Aniston how she makes the initial move when she’s seeing a new man. Aniston declared the question to be inappropriate and after a few minutes of tense questioning, Stark’s boss stepped in and told Stark he and Aniston had been playing a joke on him. This was actually a clever way of promoting Aniston’s new movie called Horrible Bosses 2.

Apparently Jennifer Aniston is on a prank binge as earlier in the week she also appeared on The Ellen DeGeneres Show. Prior to doing the interview she put on a bra that was inflatable. At the beginning of the interview everything seemed normal and as it progressed her breasts started expanding. During the interview the actress and the host played a game where they had to substitute a swear word for a non-offensive one. At the end of the interview Aniston made a joke that her growing breasts were her version of Kim Kardashian’s buttocks implant.

In a recent Entertainment Weekly interview Angelina Jolie admitted that filming her upcoming movie Unbroken proved to be a difficult challenge for her. The movie tells the story of Louis Zamperini, a POW survivor from World War II. Jolie said that it was daunting but she was up to the challenge.

It’s been a nightmare of a week for Bill Cosby. People are coming out of the woodwork accusing him of sexual abuse. The latest accuser is Frank Scotti, a retired employee of NBC that worked at the studio while “The Bill Cosby Show” was being filmed. He stood guard outside of Bill Cosby’s dressing room when models would come to the set. Frank Scotti claims that he felt like Cosby’s pimp as Cosby would tell him to ask the women coming to visit to pay him using $100 bills. Scotti also said that Cosby was making Scotti cover for him so no one would know women were coming to his dressing room for sexual intercourse.

Not to be outdone, former aspiring actress Renita Chaney Hill is also alleging that she was sexually assaulted by Bill Cosby. When Cosby worked on a TV show called Picture Pages Hill met him and allegedly found him taking advantage of her shortly after. The plot thickens when we find out that at the time of the alleged sexual assault Hill was only 17 years old. Hill reported that Cosby would fly her to whatever city he was currently working in and would invite her to his hotel room on a nightly basis. Cosby’s lawyer is denying the allegations and has stated that many women are falsely accusing the actor of sexual assault.

In some romantic celebrity gossip newlyweds Ryan Sweeting and Kaley Cuoco celebrated her birthday in style this week. The Nobu restaurant in Malibu was rented out by Sweeting to throw Cuoco a party marking her 29th birthday. While most parties have one theme, the couple chose to assign three themes to the party. Sweeting chose a pink and black color scheme as one theme and the others were their love for each other and horses. In July Sweeting hired a wedding planner to help him organize the festivities without Cuoco knowing what he was doing. As if the party itself wasn’t enough, Sweeting arranged for a song to be written about his wife in honor of her birthday. The party guests were given the song beforehand and everyone sang it to the guest of honor.

A new TV ad that just started airing this week stars Katy Perry and the purpose of the ad is to promote her upcoming performance at the halftime show for Super Bowl XLIX. The singer’s act will include a great white shark that breathes fire, as well as unicorn.

That’s it for this week’s celebrity gossip. Check back next week to see what your favorite stars are up to and to find out more information on ongoing scandals such as Bill Cosby.