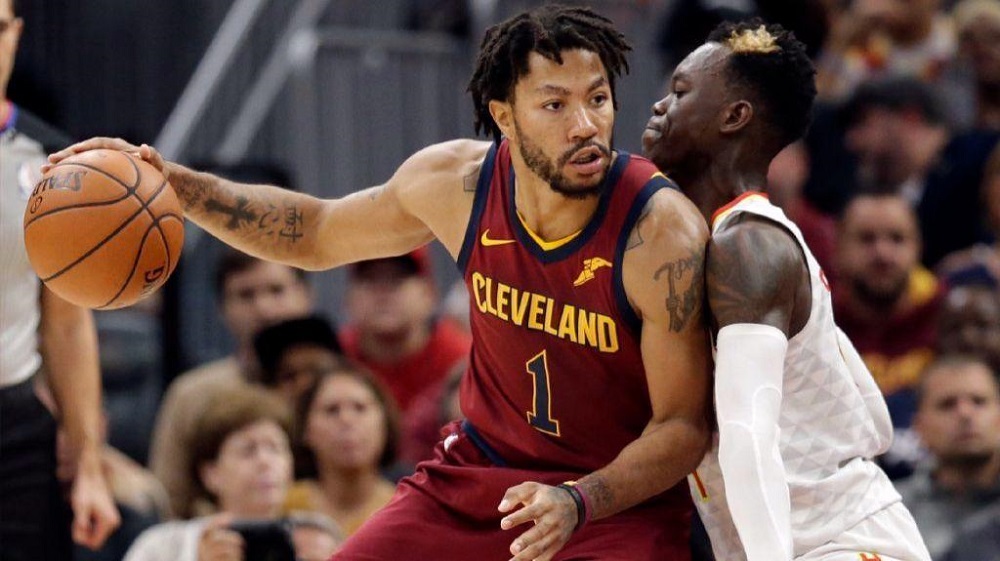 How great would Derrick Rose have been if he had never gone down against the Philadelphia 76ers in the playoffs? When the NBA MVP tore his ACL in garbage time, he was already one of the league’s shining stars. He had led the Chicago Bulls to the No. 1 seed in the Eastern Conference (over LeBron James, Dwayne Wade, Chris Bosh, and the Miami Heat), and he was eyeing a shot at the NBA Finals. And, yes, it was a possibility.

But it never happened. Without Rose, the Bulls struggled past a Sixers team which they should have demolished. But worse than that—and something no one had even considered—Rose would never return as the same player.

It was just an ACL tear. It happens all the time in professional sports. No one expected the onslaught of setbacks and other problems that would plague Rose for the rest of his career.

Rose missed the entire 2012-2013 season with the injury. He refused to come back until he was “110%.” Finally, in October 2013, he made it back on the court. It was a disappointing return, but Rose was back, and that’s what mattered.

Then, ten games later, a torn meniscus would have him out for another season. After that, it wasn’t smooth sailing, but it wasn’t terrible. He had a bunch of small issues that would keep him out a few games here and a few there, but it seemed like things were getting better.

Then, Rose was shipped off to the New York Knicks, where he continued to have issues. Now, Rose is trying for that NBA championship ring that he couldn’t win on his own, signing with the Cleveland Cavaliers. But, injuries are still following him any and everywhere he goes.

Most recently, Rose went down with an ankle injury—an injury which seems to have finally broken his spirit. Rose is not with the team right now, as he takes some personal time to reevaluate his future in the sport. He’s tired of being hurt.

When you talk about would-have-could-have all-time greats, Derrick Rose is certainly in the top five. That’s a lot to process mentally. The Cavs organization understands that Rose is going through a lot after his latest injury, and head coach Tyronn Lue and the rest of the squad are trying to be as supportive as possible.

“We want him to take his time,” said Lue. “Just know the team, the coaches, the organization, we all have his back and wish him well. We expect to have him back. I reached out to him and texted him and told him that we support him. We know he’s going through a tough time right now.”

The team’s stars also had some kind words for Rose as he works through everything.

“This game brings so much joy to guys, and it brings the opposite as well,” said Dwayne Wade. “It will take you to the highest of highs and the lowest of lows. If you’re not mentally where you need to be, it affects you with your family. It affects you in your day to day. You’re just hurting. When you’re hurting, you’re frustrated and sometimes you think about walking away from the game. I definitely thought about it. I’m glad I didn’t.”

Well, Wade had some nice words. LeBron’s sounded a lot more like, “Hey, sucks you missed out on so much.”

“At the end of the day, you can’t substitute nothing for happiness,” said LeBron James. “With the injuries that he’s gone through his whole career, we hope this ain’t the end, but if it is, I was happy I got an opportunity to spend a couple of months with him and watch him be the great point guard that he once was. No matter if he comes back, no matter if he doesn’t, we want him to be happy with whatever decision he makes.”

It isn’t just the Cavs that are being supportive; the entire NBA community has Rose’s back through this soul-searching process.

“He has been through injury after injury for the last few years,” said Charlotte Hornets head coach Steve Clifford. “When you’ve played at an MVP level like he has, I’m sure that’s hard to take. Listen, he’s still playing at a high level. I think he averaged 18 points last year with New York and was playing well when he got hurt this month. They always say the toughest thing for the great ones is when you lose a step.”

The general consensus seems to be that Rose will be returning for at least the rest of this season. If he retires early, he’ll be leaving around $80 million in endorsement checks on the table, so if nothing else, he has that to play for.