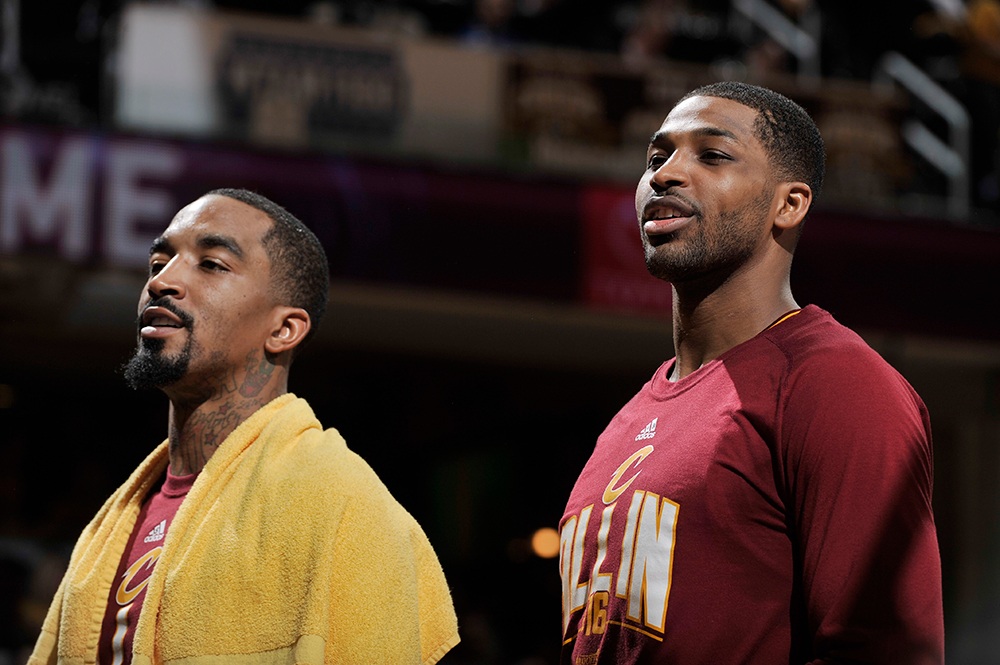 The Cleveland Cavaliers needed to improve a lot this offseason in order to compete with the Golden State Warriors in the NBA Finals. Whether or not the Cavs did enough to make a significant difference is yet to be determined, but they certainly made some moves, from trading away Kyrie Irving to signing Dwayne Wade and Derrick Rose.

Now, with a new-look roster comes a new-look starting five, and two familiar faces didn’t make the cut: J.R. Smith and Tristan Thompson will both be coming off the bench this season for the Cavaliers.

Both Smith and Thompson have been starters for the Cavs during their last three seasons with the Cavs, helping lead the team to three straight NBA Finals appearances and one NBA Championship in that time. Now, Smith must take a seat for the incoming Wade, and Thompson will be replaced at center by Kevin Love to make room at forward for the newly-acquired Jae Crowder.

Smith announced that he’s “absolutely” frustrated by the decision, but that neither he nor Thompson plan to make a big deal out of it. In fact, Smith kind of saw it coming when the team signed Wade.

“Was pretty much bracing myself for it,” continued Smith. “Was working hard all summer and then coming in and not even really having a chance to earn my spot, but it’s all right. I actually like playing on the second unit better, I’m more of a playmaker and distributor, and I handle the ball a little bit more instead of just running to the corner.”

Smith, who went through a similar situation with the New York Knicks back in the 2012-2013 season, sees this as more of an opportunity to open up his style of play. With the starting five, he’s typically nothing more than a sharpshooter trying to get open.

Despite the benching, neither Smith nor Thompson should feel belittled. Sometimes, you just need to put your pride aside for the betterment of the team. Besides, they both know what they’ve been a part of over the past three seasons, and no one can take that away from them.

“Me and J.R., we know what we’ve brought to this team, what we’ve done the last three years, being in three Finals,” said Thompson. “But at the end of the day, to win a championship, you’ve got to sacrifice. We both know that and coming off the bench in that second unit, you gotta be a spark.”

The changes were implemented by head coach LeBron James, who was also the first to inform Kevin Love that he would be starting at center this season. Coach James expressed his empathy for Smith, knowing that everyone wants to start, but also applauded his willingness to sacrifice his spot without causing a distraction, all for the good of the team.

“Obviously, he’s a competitor, he wants to start,” said James. “Everyone would love to start, but J.R. is in a position where he feels he wants to do whatever is best for the team. So if it’s playmaking, if he’s out there with the second unit…If it’s giving up his starting job to D Wade. It’s not about who starts or who comes off the bench; it’s about who all can make sacrifices to win a championship. And that’s what we’re all here for.”

Well, I don’t know about all that, it seems like LeBron has been calling the shots for some time now. We all know how well that usually turns out for teams.