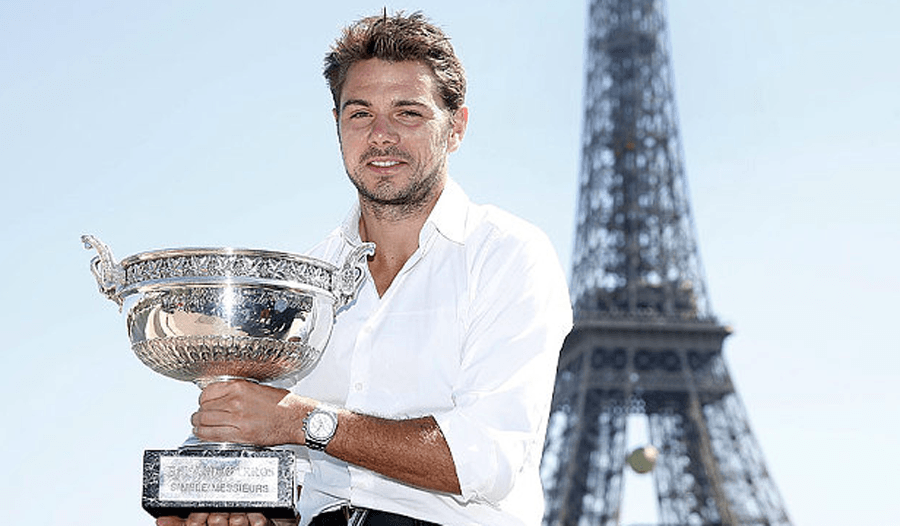 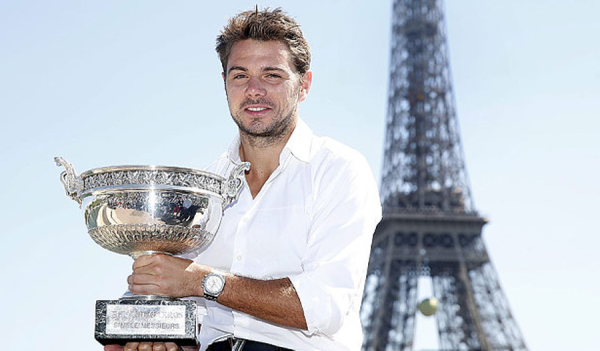 Stanislas Wawrinka emerged from the shadows of the top four players on the ATP Tour to claim his first French Open title at Roland Garros on the 7th June 2015.  It came as a shock to the world of tennis, mainly due to the fact that Wawrinka was playing world number one, Novak Djokovic in the final.

Installed as favourite for the tournament from the outset, Djokovic looked in awesome form when despatching Andy Murray in a deciding set in the semi-finals.  The Serbian could have been forgiven for thinking that the hard work had been done, when looking at his opponent in the final, Stanislas Wawrinka.

With little pedigree in the French Open, the best result Wawrinka had achieved in the past was a quarter-final place 2013.  Prior to that, the fourth round was his best result and last season, the Swiss was dumped out in the first round.  However, Wawrinka seems to have the ability to win a Grand Slam tournament out of the blue.  Take the Australian Open of 2014, Wawrinka had previously only reached the quarter-final once, never threatening to make it to the final, let alone win the event.  Then, following a quarter-final defeat of Djokovic, Wawrinka went on to defeat Tomas Berdych in the semi-final and Rafael Nadal in the final.

One would suggest that Wawrinka is working his way to the top of men’s tennis but at the age of 30, is it too late to break in to the elite and can he handle the pressure that such a breakthrough would bring?

Wawrinka is only one of a handful of players on the ATP Tour who has made it to the quarter-final stage of every Grand Slam event.  Furthermore, the current world number four is in a group of just three players, who have defeated the big four in a Grand Slam match.  That’s wins over Novak Djokovic, Roger Federer, Rafael Nadal and Andy Murray in the world’s biggest tournaments.

Therefore, it’s clear that Wawrinka has the ability to mix it with the very best players in the world and can do so when it matters most.  The Swiss has now won two of the last six Grand Slam tournaments, which is as good a record as Djokovic and a better record than Federer, Nadal and Murray.  Furthermore, Wawrinka spent more time ranked inside the top four on the ATP Tour over the course of the last year than Andy Murray. 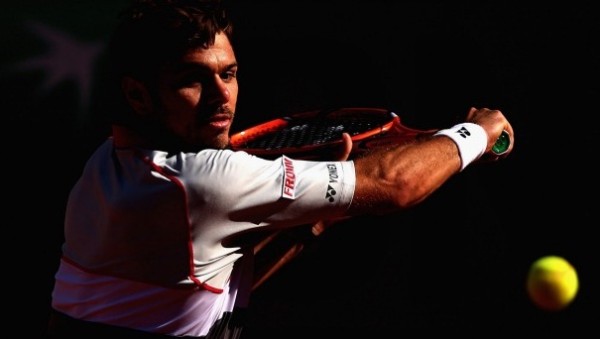 Following Wawrinka’s victory at the 2014 Australian Open, he failed miserably at the French Open, losing in the first round.  Prior to that tournament, Wawrinka was at the top of the ‘Race to London’ standings and perhaps the pressure of being in the limelight got to him, as he bowed out of both the Madrid Masters and Italian Open in the early rounds.  This does not bode well with a fast turn around from the French open to Wimbledon, as the media will be looking for Wawrinka and talking up his chances prior to the tournament.

Some players operate better by being under the radar and perhaps this is where Wawrinka likes to be.  Discussing his French Open triumph, the Swiss commented on how he is not as good as the big four but is strong enough to win some of the big titles.  In fact, Wawrinka went one step further than that and said that he does not want to be compared to them.  On the face of it, this is a surprising statement, especially considering the goal of every professional tennis player is surely to get to the very top of the game.  That being said, perhaps Wawrinka knows and understands, that his best chance of winning the major titles is by lurking in the shadows.  Quietly making progress through the rounds, while the main focus is on the big four.

This is all well and good but the fact of the matter is, the spotlight is going to come upon any player who is capable of winning two Grand Slam titles and the fear is, Wawrinka does not want this pressure.  As mentioned above, Wawrinka lost in the first round of the next Grand Slam tournament after his triumph at the 2014 Australian Open and a similar performance at Wimbledon in 2015, will raise big question marks over his ability to cope with the pressure of being at the top.

There is no doubt, as proven in the 2015 French Open, that Wawrinka has the ability to defeat the best players in the biggest tournaments.  However, a question mark remains as to whether he can sustain this kind of form over a long period of time and handle the pressure of being classed alongside the likes of Djokovic, Nadal and Murray.