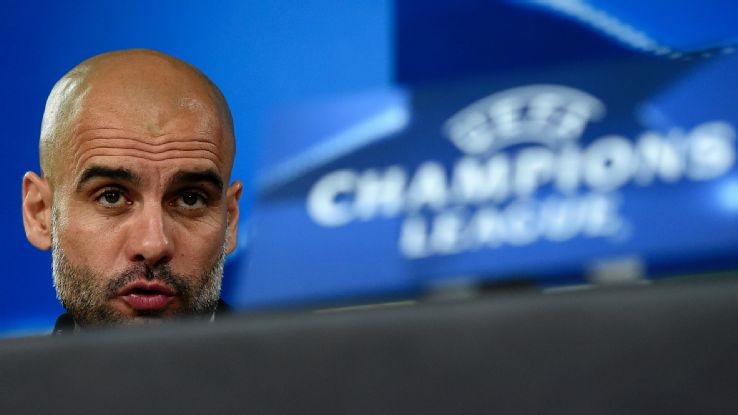 Bayern Munich have qualified for the semi-final stage of this season’s Champions League. The Bavarian giants defeated the Portuguese club Benfica over the two-legged quarter-final.

Pep Guardiola has already won five major trophies in his short tenure at the Allianz Arena. The Spaniard started his managerial career at Barcelona and won the club’s first historic treble in his debut season. He took over the German giants Bayer Munich in 2013 and has guided them to back-to-back Bundesliga titles.

His team has now reached three consecutive Champions League semi-finals. Last season, Guardiola’s men were knocked out by Barcelona but this time around, they won’t meet the fearsome Catalans in the European competition. However, they may come across Zinedine Zidane’s Real Madrid in the next round. Los Blancos beat the Bavarians 5 – 0 on aggregate in the 2014’s edition of the European tournament. The German champions might get a perfect opportunity to avenge the humiliating loss suffered at the hands of ten-time European champions.

Pep Guardiola is set to replace Manuel Pellegrini at the Etihad after the European Championship in France. He might face his new employers in the Champions League semi-final. The former Barcelona boss believes that he might never be able to match his stats with Bayern.

“About what I have read in Germany over the last two or three months – they say that if we don’t win the Champions League, it will be an unfinished job,” said the former Barca boss.

“But for managers, obviously we are for winning titles, and as many matches that we can, and the stats I have got in the last few years – I don’t think I’ll be able to get them again in my whole life as a manager.”

Bayern Munich has already overcome last season’s runners-up Juventus. They defeated the Italian champions in the round of 16 and are now certainly among the favourites to lift the European Cup at the end of the season.

Pep Guardiola is arguably the best manager in the world and his trophy cabinet is quite the evidence of this fact. With Barcelona out of contention, Guardiola has a golden opportunity to win another European crown. With five matches to go, Bayern are also the favourites to lift their third Bundesliga title under Guardiola. Bayern Munich are five points clear at the top of the table with Thomas Tuchel’s Borussia Dortmund breathing down their neck. Bayern Munich are also in the semi-final of the DFB Pokal, and they face Werder Bremen on April 20th. They are undoubtedly on course to winning their second historic treble.

It can be a perfect end to Guardiola’s time in Germany as he looks to create history with the German giants.