Home Sports Football Can Cleveland Browns be saved from another winless season? 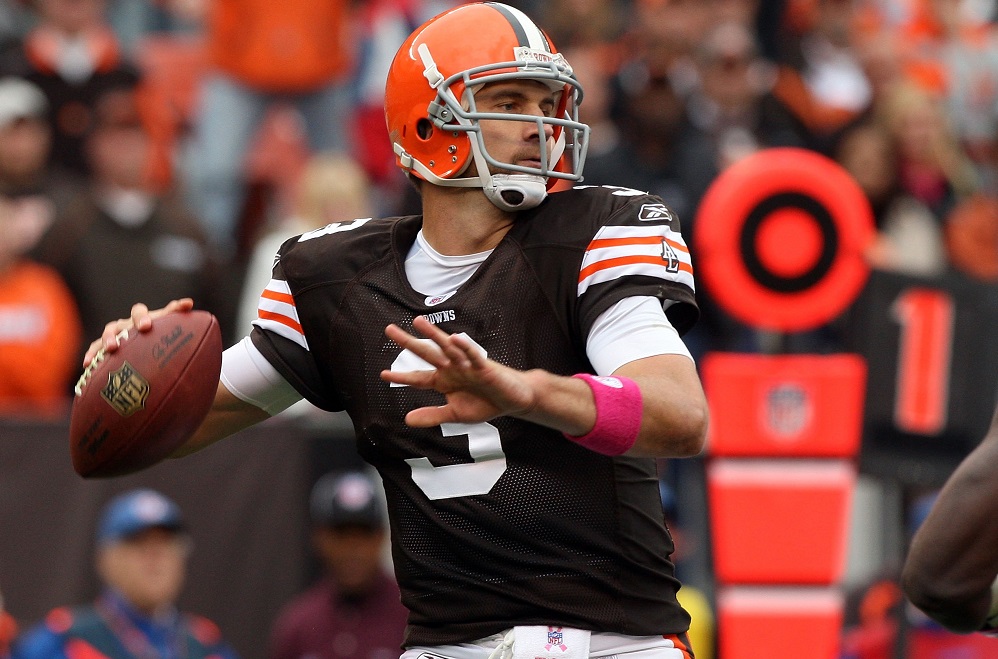 The Cleveland Browns suck. The man charged with turning them around has proven himself unable to do so over the past two seasons. Yet, somehow, with a stellar 1-31 record under his belt, Browns head coach Hue Jackson is still around and trying to turn the franchise around.

The 2017 Browns are only the second team ever to go 0-16. There’s no reason that anyone on the coaching staff from last year should still be there. Nonetheless, they are. So, what’s their plan? How do you take a 0-16 team like the Browns and turn them back into a 1-15 team? Or, if Hell freezes over, maybe even a 3-13 team.

It starts with the quarterback. DeShone Kizer clearly isn’t cutting it. Kevin Hogan didn’t do much better filling in. Now, with infinite cap room and the No. 1 overall pick in the 2018 NFL Draft, the Browns need to find someone to fill in.

If they draft a QB, however, don’t expect him to be out there Week One.

“Would we have to?” said Jackson when asked if he would start a potential No. 1 overall rookie quarterback. “I would hope not.”

Overall, Jackson doesn’t seem sold on any of the quarterbacks in a relatively week 2018 draft class, finding fault which each of the top guys when asked. Jackson isn’t afraid to ask the hardball questions either, promising to find out more about issues some of the top quarterbacks in the 2018 NFL Draft had in college before committing to making them the top pick.

“You got to see where that’s coming from,” said Jackson regarding USC QB Sam Darnold, who fumbled 21 times in his 27 college games. “Is it because the guy is not protecting the ball? Maybe somebody is hitting him on the arm? Maybe it’s his grip. There could be a lot of different reasons why those things are happening. But again, as you just mentioned, it’s something we have to find out about.”

“We’re going to find out why it was 56.2 percent,” said Jackson of UCLA QB Josh Allen and his completion percentage. “I think that’s what you have to do. I think that’s why we’re here at the combine, and that’s what we’ll be doing over the next month or two, is to find out why those things are happening. And again, have the player give us an opportunity to get an understanding from him and for us to keep digging into these things.”

“There’s always outliers, right?” said Jackson of Oklahoma QB Baker Mayfield, who is listed at 6’0. “There’s still guys in the league that are playing that are below 6’2 and have played really well. There’s always that one player who’s going to be special, and this young man may be that. But we don’t know that yet, so we’ll find out as we go.”

Kizer’s 2017 completion percentage was 53.6 percent. Drew Brees is 6’0. Really, the only thing the Browns should be concerned about is Darnold’s fumbles because everything else would be an improvement.

But, hey, who says beggars can’t be choosers?

The Browns also plan to target a free agent quarterback, and with the Minnesota Vikings letting all three of their guys go, they may have better luck bringing in someone decent there.

“That’s kind of how you want your room set up,” said Jackson. “You want a guy that’s been a veteran player that’s played in the National Football League that’s had a chance to win. You’d love to have a young player that you’re developing, maybe two of those kind of players in your room. And again, the veteran is somebody that those players can learn from. To learn the National Football League, so they can understand what the rigors are. When they’re ready to play, the veteran kind of moves on. That’s what you hope to have.”

Of course, if the Browns decide against drafting a quarterback, it wouldn’t be the end of the world. They need just about everything, so selecting a defensive player or offensive lineman would help contribute to their upcoming one-win season.

In the meantime, Jackson has decided to work on morale. Before going winless, Jackson promised to jump into Lake Erie if the Browns went 1-15 again. They did worse. So, he’s jumping.

“Oh, I’m going in,” said Jackson. “When? Everybody wants to know when. I’m going to plan that here pretty soon. Again, we’ve had so much going on, doing so many different things. But I am definitely jumping in the lake. That’s not going to change…Yes, it will be [for charity]. It will be tied to our foundation, the Hue Jackson Foundation, and hopefully, I can get the whole organization to go jump in with me. It’s going to be a cleansing of the Cleveland Browns. That’s what it will be.”

They need as much cleansing as possible after last season.