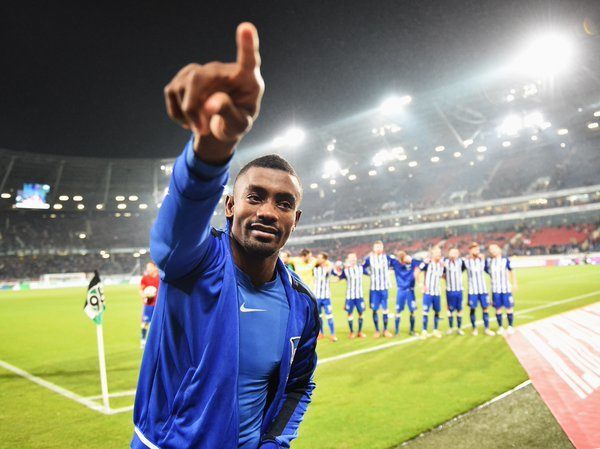 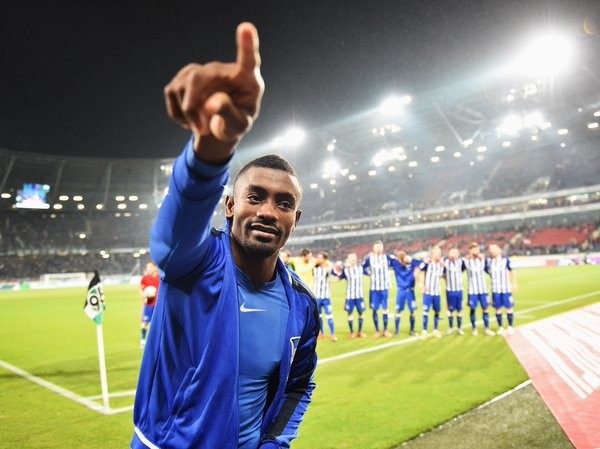 Former Chelsea forward Salomon Kalou scored a hat-trick for Hertha Berlin to help them to a 3-1 win over Hannover and grab all three points in the process. The win moved the Berliners in the Champions League spot to fourth while their beaten opponents are lying 15th in the table.

Dominik Maroh grabbed a brace for 1. FC Koln to help them prevail 2-1 over Bayer Leverkusen. For Roger Schmidt’s side, former Manchester United and Real Madrid striker Javier Hernandez grabbed the only goal. The defeat saw Bayer Leverkusen slip to eighth in the league table, whereas the Billy Goats are now seventh.

Arjen Robben, Douglas Costa, Robert Lewandowski and Thomas Muller were all on the scoresheet in the first 40 minutes against VfB Stuttgart at the Allianz Arena to help their side to a 4-0 win. The win keeps the Bavarian giants at the top of the standings with a tally of 34 points. Bayern Munich looks unstoppable in the Bundesliga and are odds on favourites to collect their fourth successive league title. They also hammered Arsenal 5-1 in the Champions League at home and it will take their opponents a lot to beat them.

Borussia Monchengladbach’s run of six successive wins was stopped at Borussia Park as they were held to a scoreless draw by newly promoted Ingolstadt. The Foals had lost their first five league games, which saw Lucien Favre leave his post as manager at the club. Under the stewardship of interim manager Andre Schubert, they are on a roll in the league and despite the draw they are lying in sixth.

Pablo De Blasis and Yunus Malli scored once each for Mainz against Wolfsburg to help them to a 2-0 win. The three points moved Mainz to ninth in the table while Wolfsburg; for whom summer signing Julian Draxler was sent off and has subsequently been banned for two matches for his infractions, are still in third.

Pierre-Michel Lasogga put Hamburg ahead in the first half via a spot-kick, but Marcel Heller grabbed an equalising goal early in the second half to ensure that both teams shared a point each. Hamburg are in 11th.

Borussia Dortmund and Schalke played the first Revier derby of the season at the Signal Iduna Park. The match ended 3-2 win in favour of the Black and Yellows, for whom Shinji Kagawa, Matthias Ginter and Pierre-Emerick Aubameyang were on the scoresheet. Klaas-Jan Huntelaar scored both the goals for the Royal Blues. The win keeps Thomas Tuchel’s men hot on the heels of Bayern Munich with a tally of 29 points from their first 12 league games.

Former Bayern Munich forward Claudio Pizarro and Fin Bartels were on the scoresheet for Werder Bremen against Augsburg to help them to a 2-1 win over the side lying rock-bottom in the league table.