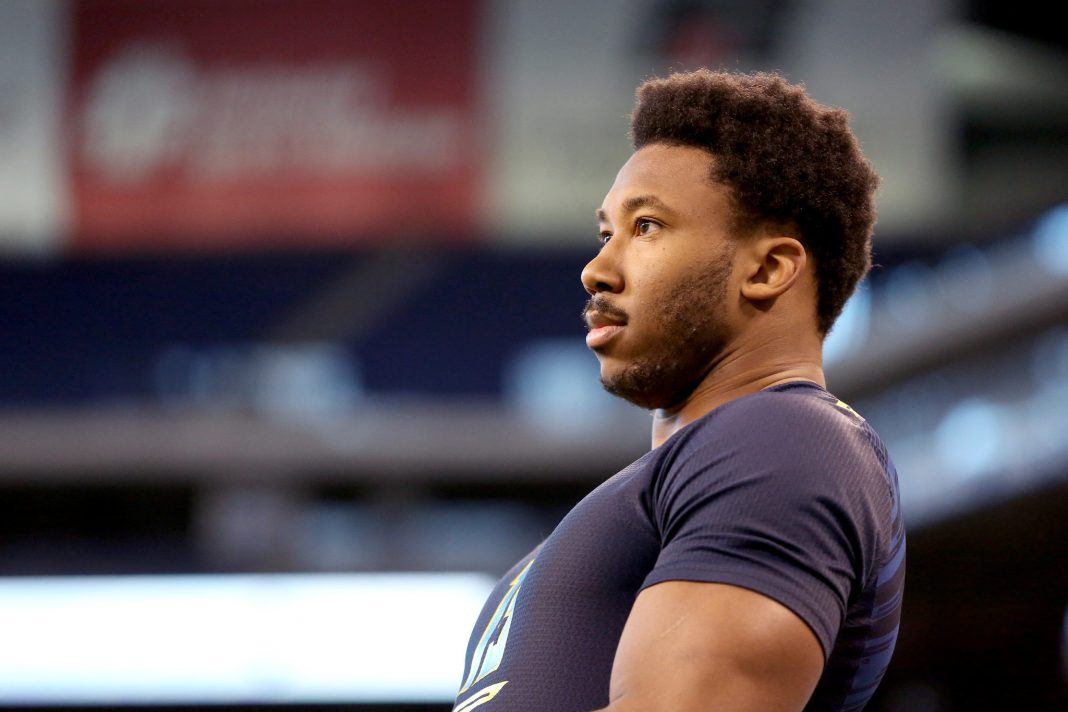 Last week, Myles Garrett said he expected to be going “full tilt” with the Cleveland Browns, but instead of wearing a helmet at practice, he was donned in a baseball cap.

It would be too early to start worrying that the No. 1 overall pick was out, but the Browns haven’t had the best of luck for a few seasons now, so it’s hard to tell. The team insists it’s not a serious injury, but they have remained tight-lipped about it though.

Garrett stayed on the side and worked with a trainer while his Cleveland teammates continued their offseason workouts without the rookie defensive end. Browns coach Hue Jackson did not specify Garrett’s injury or why he was kept out of practice.

“It’s nothing major,” Jackson said. “So I think we’re right where we need to be.”

Jackson said Garrett did practice on Tuesday, when the workout was closed to the media, but it’s not known how much he participated.

“I know you guys want to see him in the worst way,” Jackson told reporters. “He looked like Myles Garrett. Big, fast, tough. He’s everything we think he is.”

Last week, Garrett described the injury “as a little nick” and said the Browns were holding him out of practice as a precaution. He also said he expected to be “full tilt” for this week’s workouts. The 6-foot-4, 272-pounder was slowed by an ankle injury during part of his junior season at Texas A&M, but Jackson said it’s not related to his new ailment.

Garrett isn’t the only Browns players slowed by injury.

Wide receiver Corey Coleman could miss the rest of the offseason program after he fell hard last week while making a deep catch during practice. Coleman spent much of Wednesday riding a stationary bike and working with trainers.

“I’m going to keep him out for a little while and again, that was a tough spill for him,” Jackson said. “A little tougher than I thought, but he’s making his way through. He wants to be back out there right now, but I just think now is the time if a guy is kind of banged-up a little bit to make sure they take care of him so that we get him back for training camp. But we’ll see how it all unfolds here at the end.”

Jackson did not reveal the nature of Coleman’s injury, but said he did not break a bone. The Browns are being careful with the former first-round pick, whose rookie season in 2016 was slowed by a broken hand.

“I don’t think it’s sticking a guy out there if there is something that may be a little minor wrong with him so that all of a sudden it becomes something major and we get to training camp, and we don’t have him,” Jackson said. “So we’re going to play the cautious side of this and go from there.”

Jackson is putting the pressure on Coleman to step up in his second year.

“I think he’s demonstrated the ability that we’re looking for,” Jackson said. “Obviously he’s got to do it in a game. He’s done a good job. He’s improved. I stand behind my statement that I made earlier that he’s got to be the guy to do it for us. That’s what we drafted him for and I’m sure he’ll do that.”