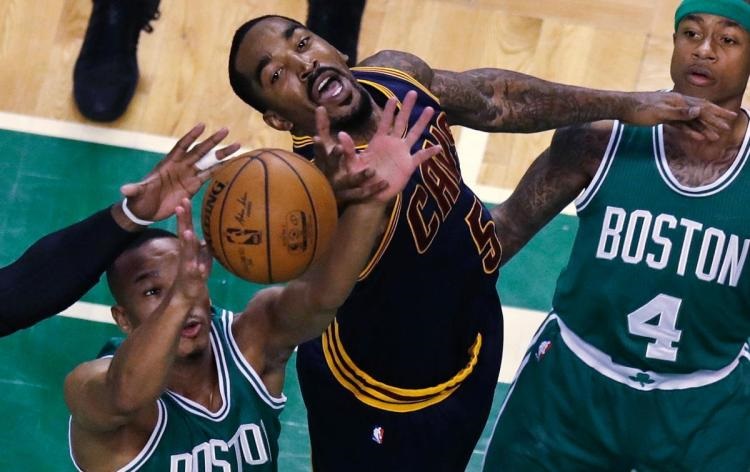 This week couldn’t get much better for the Boston Celtics. The NBA’s most decorated team earned the right to lose to LeBron James and the Cleveland Cavaliers in the Eastern Conference Finals with a Game Seven victory over the Washington Wizards, and they received the first-overall pick (thanks to the Brooklyn Nets) in the 2017 NBA Draft at the NBA Draft Lottery Tuesday night.

The only thing that could possibly make this week better for Boston would be a Wednesday night victory over the Cavs in Game One.

“This is pretty good,” said Celtics owner Wyc Grousbeck. “It’s a good time to be a Celtics fan. I wish the draft were today. We could get a little help for tomorrow night.”

The Celtics will be the first No. 1 seed to pick No. 1 overall in the draft the same year. I didn’t look that up to confirm, but I’m pretty confident that it’s never happened before, so I’m going to throw it out there. I mean, really, the top seed with the top pick? That’s hardly fair.

You may remember back in 2013 when the Celtics sent Paul Pierce, Kevin Garnett, and Jason Terry to the Nets in exchange for Gerald Wallace, Kris Humphries, and their future: the Nets first-round picks in 2014, 2016, 2018, and the right to swap picks in 2017.

While this trade would have been great in 2007, it’s hard to imagine what the Nets were thinking, but apparently, the front office believed that a bunch of 36+ year old future Hall of Famers could bring a championship to Brooklyn immediately.

The Celtics, of course, gave up their top guys in the trade, so they had to play the waiting game. They rebounded relatively quickly, however, and then bolstered their squad with the No. 3 overall pick last year thanks to Brooklyn. Now they have the No. 1 seed, the No. 1 pick, and, since the Nets get nothing to help themselves, a good chance at another top three pick next season.

Now, the Celtics get their choice from a guard-heavy field of talent. While Washington guard Markelle Fultz seems most likely to go first, UCLA guard Lonzo Ball (and his annoying father) could also come up in discussions.

The Celtics arch-rivals, the Los Angeles Lakers, also have reason to celebrate tonight, as they ended up with the second-overall pick despite coming in with the third-worst record. If the Lakers would have dropped outside of the top three, their pick would have gone to the Philadelphia 76ers (who will be picking third overall, thanks to a pick swap with the Sacramento Kings) as part of a trade from a few years back.

The Phoenix Suns, who had the second-worst record in the NBA this season, dropped to fourth overall. Since I always like to point out the obvious rigging of the Draft Lottery, look at the cities of the teams picking in the top three: Boston, Los Angeles, and Philadelphia. It seems to me like the NBA pushed the Suns out on purpose to make room for the big markets.

Additionally, the Celtics most likely received the first pick in an NBA-backed effort to break the Cavs monopoly over the Eastern Conference.

In all fairness, however, I cannot explain why the New York Knicks dropped to eight overall behind the Minnesota Timberwolves despite being tied in odds. New York is a little bigger than Minnesota, so that gives me hope that, at the very least, the later selections are not as rigged as the top three to five.

Either way, the Celtics won big. They don’t seem to stand much of a chance against the Cavaliers, though.