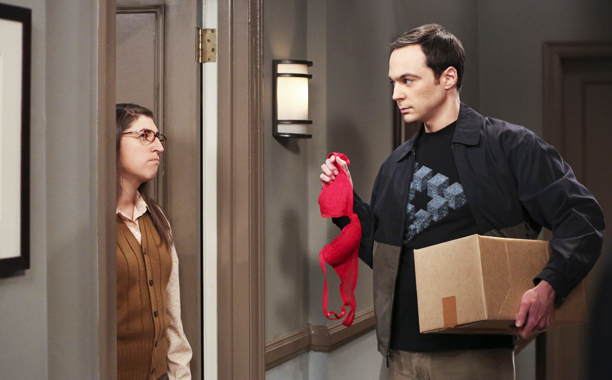 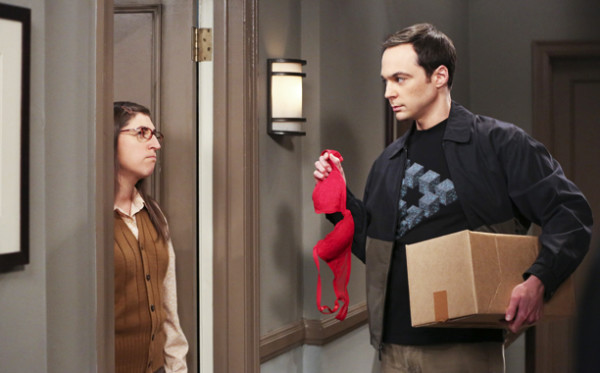 On last night’s episode of “The Big Bang Theory,” Leonard said he couldn’t sleep because Penny was mad at him after less than 24 hours of marriage. Then Penny came to talk to Leonard at his apartment. Sheldon told Penny to make out with a random guy to make up for Leonard having kissed another woman. Then Sheldon grabbed Penny and kissed her. Leonard woke up and realized the whole thing was a dream.

Sheldon and Amy were having a video conversation where she told Sheldon to give her the space she needed. He was contacting her about “Fun with Flags,” their Internet TV show. Amy refused to do the show with Sheldon. At the comic book store, Leonard, Raj and Howard talked about Leonard having kissed another woman.

Sheldon went to Amy’s apartment to give back items of hers he had at his place. She looked through the box of items Sheldon brought to her. Amy then took the box from Sheldon and closed the door on him.

Bernadette made brownies and told Howard she was mad at him. Howard confessed to buying something he shouldn’t have. Bernadette said she was mad at Howard for telling him that Leonard had made out with another woman.

Leonard called about marriage counseling services. Penny then came over and asked Leonard to talk. She apologized for saying she was OK with Leonard kissing another woman when she wasn’t. Penny said she might be overreacting but she didn’t know how to get past the idea that Leonard sees the girl he made out with, every day at work. Sheldon suggested that Penny meet the woman so she would stop being upset.

Penny told Amy and Bernadette that she didn’t think Leonard would ever kiss another woman. Amy said everyone makes mistakes and she said Leonard wasn’t a cheater. She said Leonard is cockier now than he was when they met.

Sheldon filmed a new episode of “Fun with Flags.” He announced he was hosting the show alone because he and Amy broke up. At work the next day Leonard asked Raj and Howard how much marriage counseling costs. The girl Leonard made out with then entered the cafeteria where the guys were sitting. Leonard went to ask the woman if she would talk to Penny for him. Leonard told her he got married and told her they had kissed. She asked why Leonard told Penny. She told him she thought it sounded like he was trying to sabotage his relationship with Penny.

Amy watched Sheldon’s show and could tell Sheldon was taking subtle jabs at her. Leonard told Penny she was right when she said Leonard had been trying to sabotage their wedding by telling her he made out with the other woman. Penny said the way she reacted to it may have caused her to inadvertently sabotage the relationship too. Leonard got on one knee and asked Penny to stay with him. She said yes and they went into the bedroom.

Sheldon gave a wedding gift to Penny and Leonard. He bought them airfare and a hotel to vacation in San Diego, but said he wanted to go with him. Amy then confronted Sheldon on his show where he made the jabs at her. Sheldon then happily said that Amy wants him.