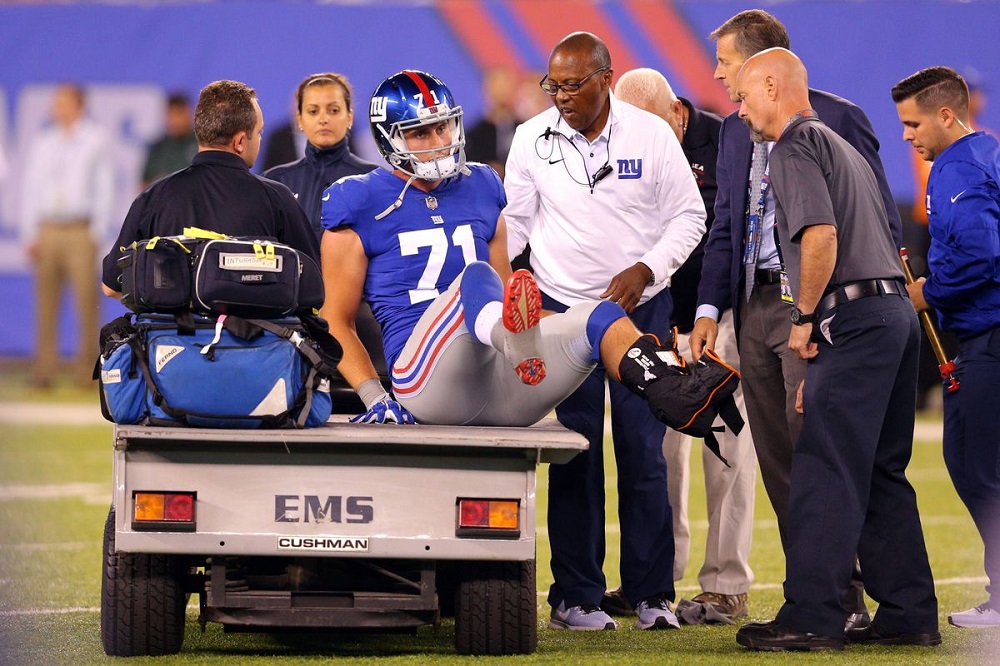 With two minutes left in their preseason matchup with the New York Jets, the New York Giants held a 32-25 advantage as Christian Hackenberg took the field at QB for the Jets. He hit ArDarius Stewart for a 19-yard gain.

It seemed clear that Stewart didn’t go out of bounds until after the catch. The Jets pushed forward, and on the next play, Giants linebacker Calvin Munson sacked Hackenberg, forced a fumble, and the Giants celebrated their apparent victory.

It came at a cost, however, as rookie free agent defensive end Evan Schwan grabbed his foot in pain.

The zebras ruled that Hackenberg’s arm was moving forward, but it wasn’t. A quick trip to the replay booth would settle that. But, instead of reviewing the fumble recovery and ending the game, the refs announced that the previous pass to Stewart was under review as Schwan was carted off the field. Giants head coach Ben McAdoo wasn’t happy.

“New York decided to stop the play,” said McAdoo. “I felt there was enough time to get the play stopped. The communication did not happen fast enough, from New York to the playing field, and they let the play go on. It should have been a sack, fumble, end of ball game. We ended up having a player getting carted off the field, which is inexcusable to have a play that doesn’t count or never existed to have a player carted off the field.”

A meaningless play in a meaningless game. Even though play on the field continued, New York and the stadium replay official were already going over the previous play.

“That is the reason the referee permitted the game to be stopped for an instant replay review, and why the subsequent action that took place on the field was completely negated by that review,” said Michael Signora, the league’s VP of football communications. 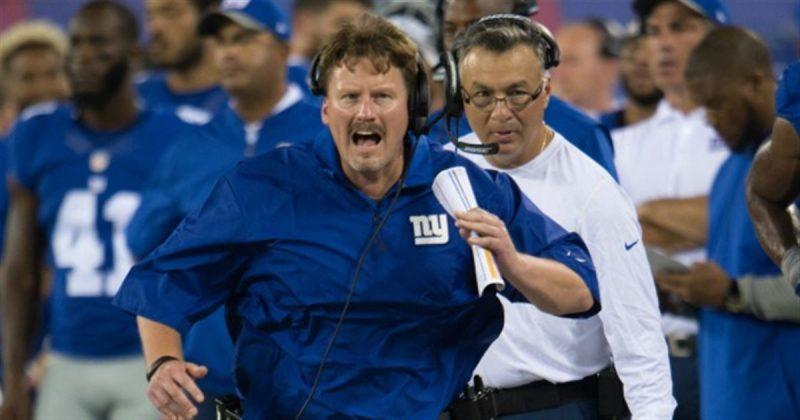 McAdoo had every right to be upset. The league needs to get it together to ensure that situations like that don’t occur ever again. Football is a dangerous sport, and every play could have season-altering consequences. And for Schwan, who was still trying to make the final roster, to have his season ended on a play that never existed in a game that doesn’t matter—well, I can’t imagine a worse feeling.

The Giants haven’t had the best luck this preseason, with both Odell Beckham Jr. and Brandon Marshall suffering injuries. Hopefully, everyone will be healthy for their Week One matchup against the Dallas Cowboys.