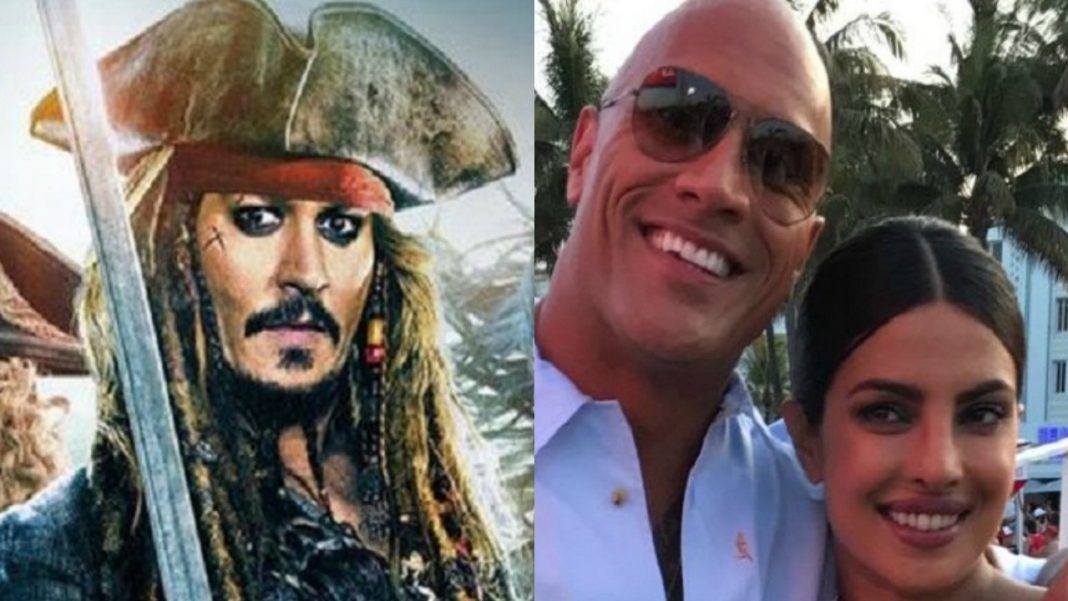 “Baywatch” proved once again that a big name star like Dwayne Johnson couldn’t save a bad movie that was skewered by both critics and audiences. Memorial Day Holiday weekend has been more of a battle of the bad review movies as “Pirates of the Caribbean” didn’t fare well with critics either, but it was able to top the charts.

Dwayne Johnson worked hard to push “Baywatch,” even saying “This movie is for the fans!” Sadly, any fan watching this could take this as a big middle finger to the them. This backfired as the film really underperformed, and fans knew to steer clear.

We actually went to a fan screening of the film to gauge the true reaction over a typical press screening which is often packed with people guaranteed to ‘love’ the film no matter how dreadful. The silence was deafening during this comedy.

It was smooth sailing to the top spot at the box office for “Pirates of the Caribbean: Dead Men Tell No Tales,” but the waters were choppier for the Dwayne Johnson comedy “Baywatch.”

Studio estimates on Sunday say the fifth installment of the “Pirates of the Caribbean” franchise commandeered $62.2 million in its first three days in theaters.

The Johnny Depp-starrer is projected to take in $76.6 million over the four-day holiday weekend.

It was the second-lowest domestic opening for the nearly $4 billion franchise, but the latest film, which cost a reported $230 million to produce, has massive international appeal. Its four-day global total is expected to hit $300 million.

Having the majority of profits come from international receipts is not worrying Walt Disney Studios.

“This is a trend that we’ve seen play out over the course of these films,” said Dave Hollis, executive vice president of distribution for Disney. “‘Pirates’ is a huge spectacle film of the kind that international audiences continue to be drawn toward … but the domestic response also shows that the audience for this film is clearly there.”

The R-rated “Baywatch,” meanwhile, is sinking like a rock. The critically derided update of the 1990s TV show earned only $18.1 million over the weekend against a nearly $70 million price tag. Including Thursday earnings, the film is projected to collect $26.6 million by the close of Memorial Day.

Even “Guardians of the Galaxy Vol. 2″ did better in its fourth weekend. The space opera added $19.9 million to take second place ahead of “Baywatch” at the box office.

The “Baywatch” miss could be attributable to a couple of factors. Even with the star power of Johnson, R-rated Hollywood updates to family friendly television shows have a dubious track record, ComScore senior media analyst Paul Dergarabedian said.

This month’s box office has also been tough on nearly every film except “Guardians of the Galaxy.”

“‘Baywatch’ doesn’t stand alone as a casualty in this marketplace,” Dergarabedian said. “It’s joining a cadre of other films that have underperformed.”

Even the decently reviewed “Alien: Covenant” dropped an uncommonly steep 71 percent in its second weekend in theaters to take fourth place with $10.5 million. The teen romance “Everything, Everything” rounded out the top five with $6.2 million.

First up to that challenge: “Wonder Woman.” 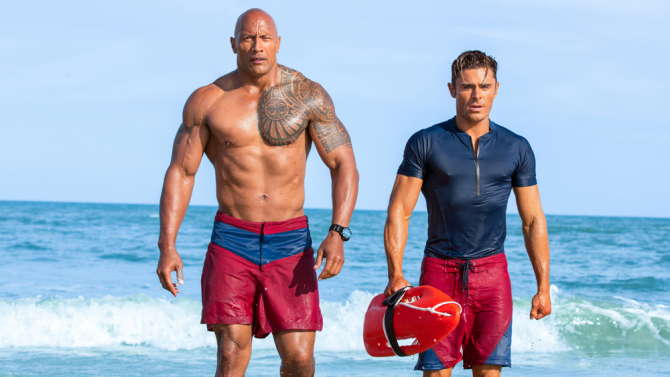