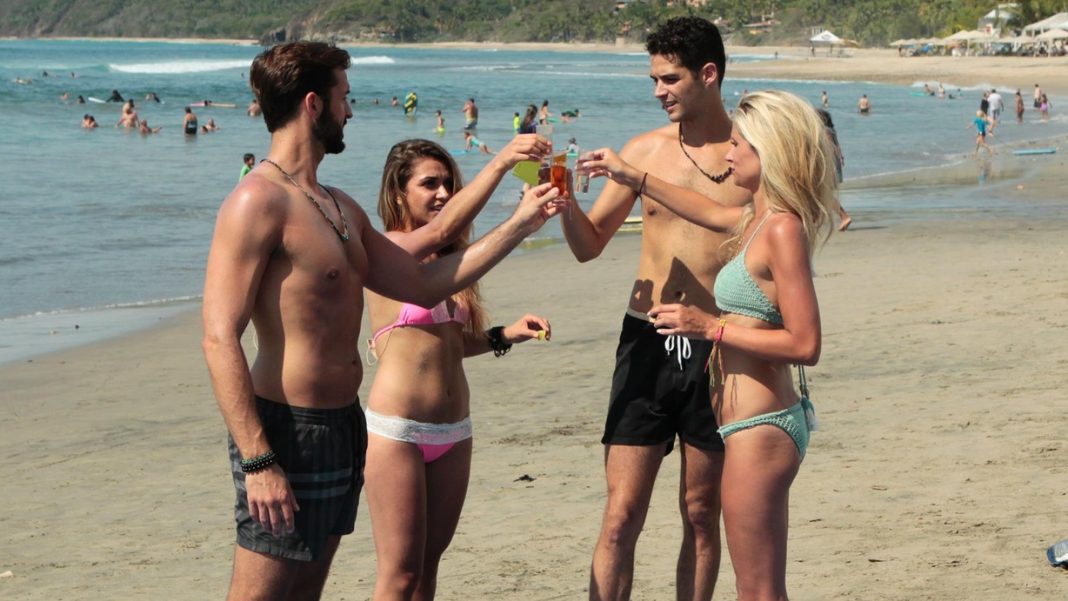 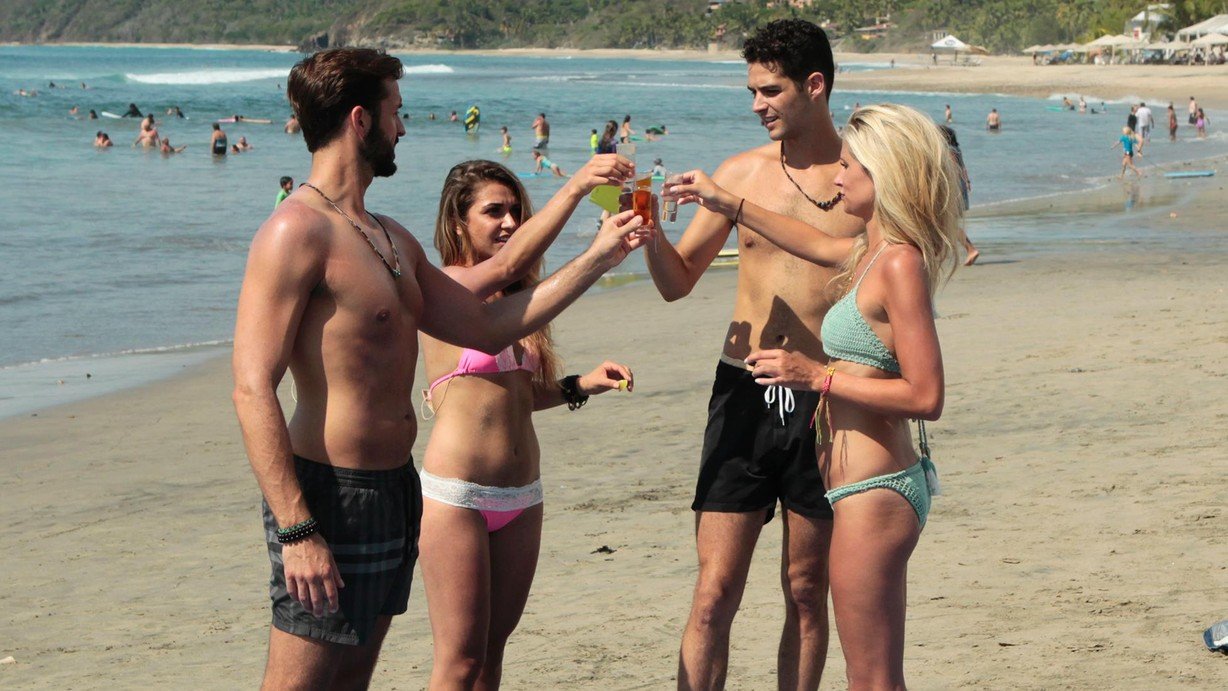 In the second installment of this week’s Bachelor in Paradise, a bachelor and bachelorette make the tough decision to leave paradise. Meanwhile, two new cast members arrive with a double-date card in hand.

Monday night’s two-hour episode of Bachelor in Paradise ended with Caila telling Jared that she had made the decision to leave. She explained that his ex Ashley was making her too uncomfortable, and she didn’t feel that she could grow in her relationship with him with Ashley around.

After talking to Caila, Jared right away goes to confront Ashley. Ashley tells him that she never told Caila to leave – which, in all fairness, she didn’t explicitly do (but pretty much implied it in every way possible) – and that Caila even told her that she “didn’t like” him. Rightfully, Jared gets very upset and announces to the remaining cast members that he, too, is leaving paradise. In a mad dash, Jared races off to the car, which was sent to pick up Caila. He hops in and tells Caila that there is no point in him staying if she is leaving. Both Jared and Caila end up driving into the sunset, as they share one last kiss in paradise (and hopefully the first of many in their relationship post-paradise).

Ashley is a complete mess after Jared makes his sudden exit from paradise. And things get even worse for her when her other potential suitor Wells walks back into the main camp holding hands with newcomer Jami. A little while after returning to camp, Wells sits down with Ashley to discuss his new situation with Jami. While he was expecting her to go into a full-blown panic, she managed to keep her composure. However, she was without a doubt secretly imploding. Nonetheless, Ashley is able to convince Wells that she is okay with the new developments between him and Jami. Ashley’s [fake] level-headedness surprises Wells and he ends up leaving his and Ashley’s relationship status open-ended.

With all of the cast members who have left paradise this week (Nick, Ryan, Daniel, Caila and Jared), it was inevitably time that some faces entered into the mix. Lauren Himle and Shushanna Mkrtychyan (whom Ashley adoringly titled the “Russian hooker”), both from Ben Higgins’ season, enter the camp with a double-date card. After scoping out the situation, the two new women decide to take Wells and Brett on their date – which upsets Ashley (even though she was trying to pretend she moved on from Wells), Jami (Wells’ new girl) and Izzy (who broke Vinny’s heart to get Brett). Jami is particularly upset, seeing that she became good friends with the two new women when she was on Ben’s season of The Bachelor. 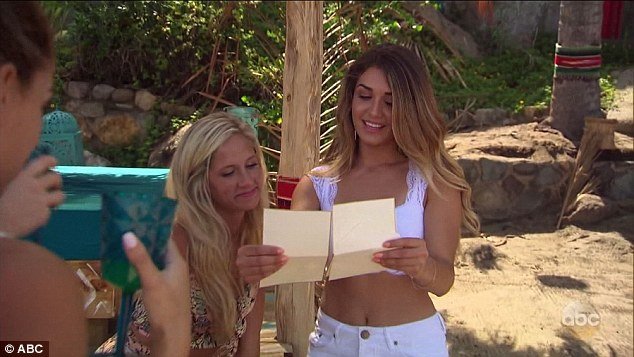 With Lauren paired off with Brett and Shushanna flirting away with Wells, the two pairs have a fun time surfing and hanging out on the beach. Although his date with Shushanna marks his third date in a matter of days, Wells did not seem to mind it one bit. In fact, the radio DJ had plenty of physical chemistry with Shushanna. In confessional, Wells noted, “[Shushanna’s] like this Bond villain. That you’re not sure if she’s gonna cast some spell on you, or murder you, or rip your clothes off…Making out with her is, like, really sexy.”

When Wells gets back from his successful date with Shushanna, he is welcomed by not one but two of the paradise ladies. Within a few hours, the bachelor ends up making out with both Ashley and Jami. In addition, Shushanna makes it known that she got some lip action from Wells while they were on their date (she passive aggressively blurts out to Ashley that Wells is a “good kisser,” and suggests that she kisses him too).

After Josh’s huge outburst in Monday’s episode, the dust finally settles between him and Amanda. You may recall, Josh threw a huge tantrum when he found out that Nick was telling others he was fake and the twins warned Amanda about his alleged anger management problems (which were well demonstrated by him in Monday’s episode). However, Amanda ended up apologizing to Josh for questioning his intentions and his heart. Thus, Josh ultimately decided to unpack his bags and stay in paradise ‘solely for Amanda.’ In the second episode of the week, Josh and Amanda are given a date card to get things back on track. The couple was notably excited, as they have been eagerly waiting for their chance to get away from the other cast members (especially Nick). 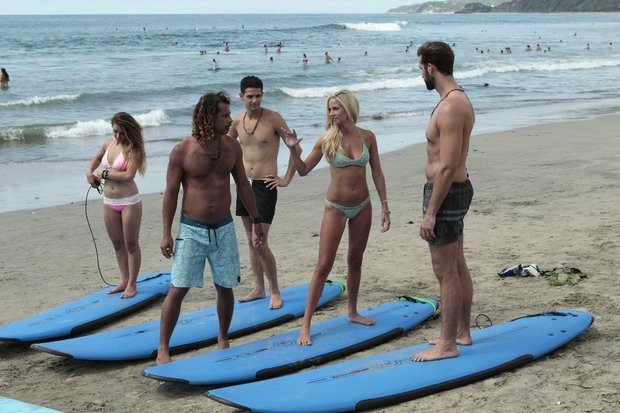 During the date, Josh assures Amanda that he is fully committed to his relationship with her. He tells her that Nick is simply trying to “sabotage” what they have. Amanda replies, “I trust you, and I’m so happy…the hardest part is us being so excited and so happy, and everybody else not being excited for us.” In confessional, Amanda says, “Josh isn’t perfect, but neither am I. I don’t think anybody is. But what I can say is, Josh is perfect for me.” While Amanda seems to be once again head-over-heels for her beau, Nick is back at camp continuing to question Josh’s true character. Nick’s girl Jen begins to wonder why Nick is so seemingly obsessed with the dynamic between Amanda and Josh. However, Nick tells her that he is simply looking out for Amanda, as he wouldn’t want his “sister” to endure Josh’s fury.

Nonetheless, Amanda tells the confessional camera that she could picture herself getting engaged to Josh. At the very end of the episode, Josh is seen telling Amanda, “I’m falling in love with you.”

You can catch more Bachelor in Paradise next Monday, September 5th on ABC. 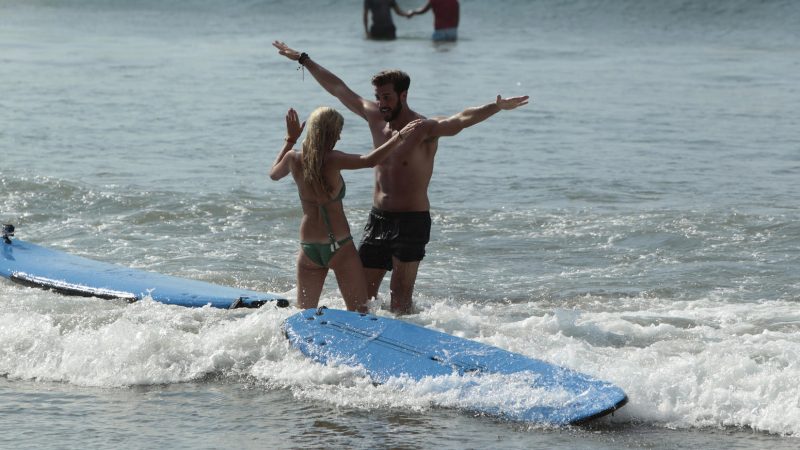 The men play around with the idea of proposing to their women at the end of their stay in paradise. Meanwhile, some of the couples get their chance to spend a night in the fantasy suite. 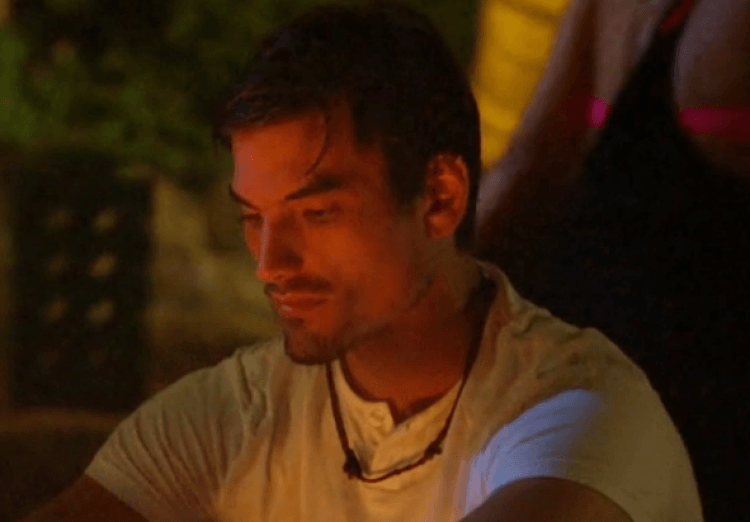 Jared Haibon has twice appeared on “Bachelor in Paradise,” but don’t expect to see him on the show again.

Following a tumultuous season on the ABC reality show, Haibon told ABC News that his reality TV days are over.

Though he said credited the franchise for being character-building, he said definitively, “I’m done.”

“As much as I would love to just do it every year hopefully I will be in a loving relationship by the next time ‘Bachelor in Paradise’ airs,” he said. “I’ve hit my ceiling. There’s no more. No mas for Jared. This is my last one.”

Haibon developed feelings for Caila Quinn this season, only to have Ashley Iaconetti tearfully confess to him that she was jealous of the relationship. Though the dynamic clearly frustrated Haibon, who left the show as a result of all the drama, he told ABC News that he does not have hard feelings toward Iaconetti.

“She is an incredible person and somebody that I am very happy is a part of my life,” he said. “She came into paradise like a wrecking ball as only she can do, which is one of the most endearing things about her that I love. She’s so raw! That’s Ashley. She is raw and she’s emotional and she’s vulnerable and she’s irrational at times and yet she is adorable and sweet and kind and honest and so I’m happy that things worked out the way they did.”

Haibon and Quinn eventually split, as revealed last night on “After Paradise,” and he described his dream partner to ABC News as “someone who’s very honest and not afraid to have difficult conversations.” He also said that he has no regrets about participating in the show.

“Yes it was very dramatic and there’s a lot of bull—- that you have to put up while you’re there, unfortunately, but at the core of the show it’s about hopefully love being found,” he said.