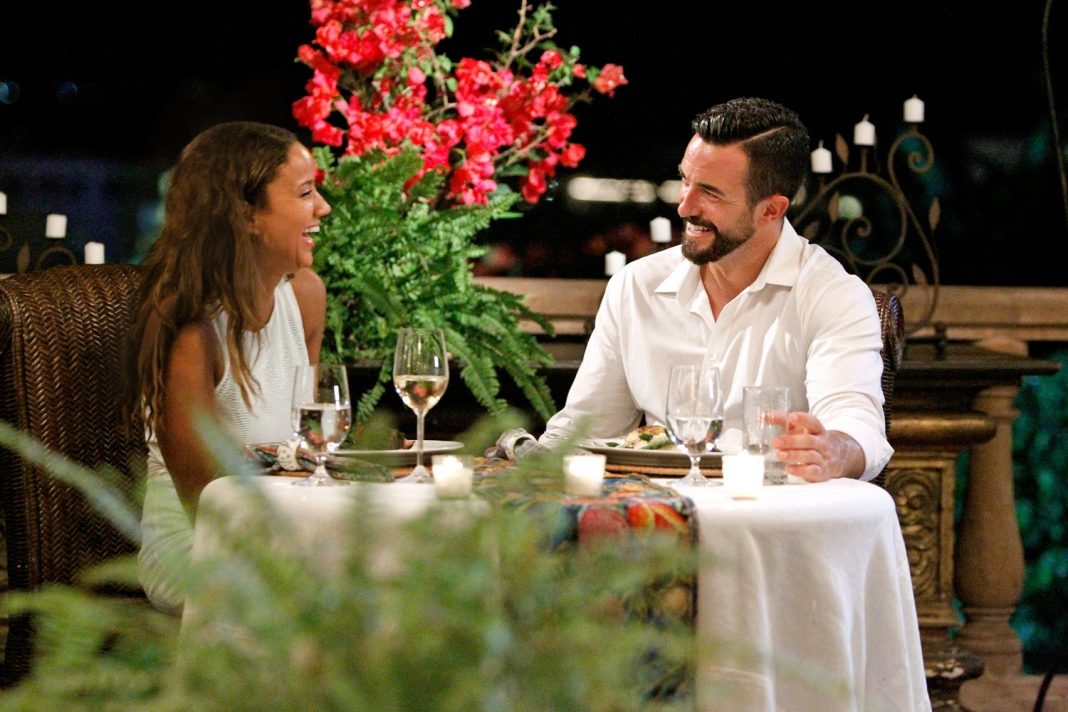 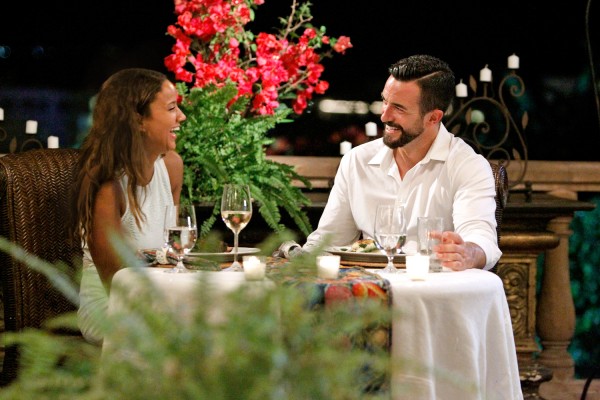 So the second part of this week’s “Bachelor in Paradise“ installment brings us back to Sam and Joe, who are being bombarded by the other cast members to come clean about their reported communication with each other prior to the show.

Tanner finally reveals to Jared that Joe showed him screenshots of text conversation he had with Samantha before the show, in which they both agreed to do whatever it took to stay in paradise until the other one got there.

Juelia sits down with Samantha and basically tries to explain how much of a player Joe is. However, Samantha interrupts her and says she doesn’t want to go into the details unless Joe is involved in the conversation. Not surprisingly, Juelia really doesn’t feel like having a tell-all with Joe, and is therefore confused why Samantha is siding with Joe over her.

As Clare puts it, “With friends like that you don’t need enemies.” 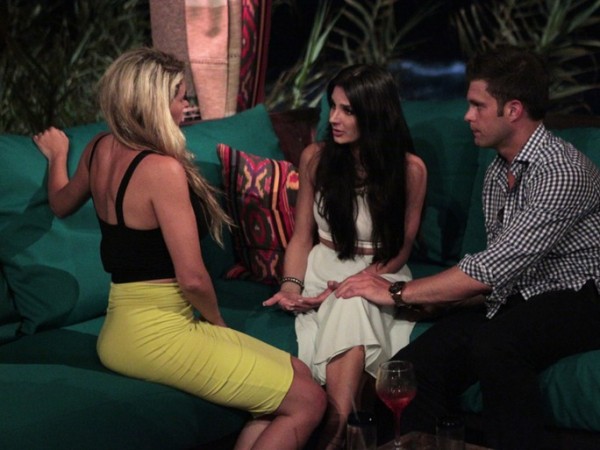 Afterwards Tanner and Jared go to Joe’s room to try and convince him to just come clean to the whole crew about his interactions with Samantha prior to the show. However, Samantha shoves them out of the room and reveals to Joe that she just did an one-on-one interview where she claimed that “there was no plotting [between them before arriving to paradise].”

Samantha unfortunately doesn’t realize the door is still open, so the camera is able to capture her instructing Joe to cover up their tracks and match his story with the one she gave in her interview.

Looks like Joe found a perfect match in Samantha – a female villain.

The next day, Amber from Chris Soules’ season arrives to paradise with a date card. Without getting the 4-1-1 from any of the others, Amber asks Dan to join her.

Unfortunately, Amber was close with Ashley S. when they were both on The Bachelor, so it is awkward for Ashley to see her go off with the sole reason she is staying in paradise (Dan).

In contrast to Joe’s situation with Juelia, Dan actually understands that he needs to provide closure to Ashley S. if he is going to go on a date with Amber. He tries to have a civil conversation with her, but unfortunately Ashley goes off on him and complains how he has been avoiding her all day.

At least Dan tried, and even if Ashley S. is upset, he decides there is nothing further he can do and accepts Amber’s date invitation.

Ashley I., who was the star of the beginning episodes of the show, has been more on the down low the past while. However, she does make a brief appearance as she tells Jared “[he] looks really hot right now” and then runs off.

Meanwhile, Megan and JJ are off on their date. Megan jokes that if the date goes really well with JJ, “he may be motor-boating [her].” Leave it to Megan to keep it classy and romantic.  The two sail away on a yacht and end up jet skiing off the Mexican coast. However, JJ is quick to realize that he is “intellectually different” (meaning superior) than Megan, but he does adore her “beautiful blue eyes and her other beautiful assets.”

Back in Paradise, both Dan and Amber are dressed up for their date. Ashley S. catches a glimpse of Dan all suited up and realizes she has strong feelings for him, but they definitely aren’t mutual. She concludes that Dan is nice “from an outside perspective,” but in reality “he’s fake.”

Unfortunately, I think Dan was just being very real with Ashley S. and she is having a hard time processing the fact that he doesn’t want to be with her at this point. This translates into Ashley S. talking to birds, claiming that they are “flirting” with her and interacting with crabs that “smile” at her.

Tanner boldly states “the onion girl” is back (referring to Ashley S.’s crazy episodes when she was on The Bachelor).

When JJ comes back from his date with Megan, Tanner fills him in with the whole Joe and Samantha plotting situation. JJ decides he has to do something about the “vill of the vills,” so he confronts Joe.

However, Joe is over the conversation before it even starts. He claims that everybody just keeps “digging up the dead body.” Joe tries to explain that he had a “better connection” with Samantha than Juelia and he doesn’t see anything wrong with that. JJ points out that this isn’t the problem, it’s the fact that he lied to almost everyone there, especially Juelia.

Joe claims he had “no clue” that Samantha was going to be there, but JJ does not believe this for one second. This leads to a death stare match between Joe and JJ, with JJ literally looking like he is going to implode with rage. Joe walks away, but JJ claims he is going to make him “look like the hillbilly [Joe] is because he is going to go home with about 4 missing teeth.”

However, we won’t find out if this actually happens until next Sunday!

Jared reveals he still has strong feelings for Kaitlyn and tells Ashley I. she should try and explore her other options. Evidently, it looks like Ashley I. gets to come back into the spotlight next week. There is also some friction on the Samantha-Joe front, leaving Samantha crying.