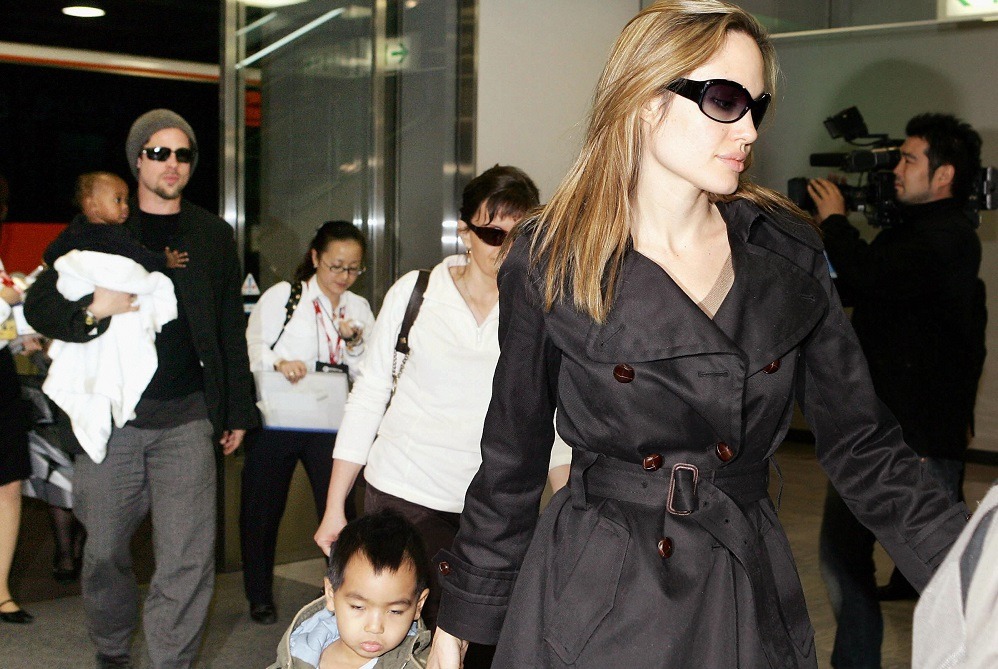 Hollywood and the world got over the initial shock of Brangelina ending when Angelina Jolie announced divorcing Brad Pitt, but the day after many scratched their heads over her insisting on full physical custody.

To many, it looks like a sign that she wants to move them out of Hollywood, several top divorce lawyers said on Wednesday. When one parent goes after full custody, it leaves many thinking that the other was a bad parent, and there’s never been one mention of that ever.

“I was wondering why she would do that,” Peter Walzer, the attorney who handled Katie Holmes’ contentious divorce from Tom Cruise, said of the Brangelina break-up documents.

“It certainly is strange, and it’s going to look super unusual to the judge,” he said, especially since she isn’t asking for anything else.

Walzer noted the “Lara Croft: Tomb Raider” star didn’t mention a word about money in the papers she filed Monday seeking a divorce from Pitt.

“No prenup was alleged in these papers. She didn’t ask for spousal support or attorney fees. It’s clear she doesn’t want money — she wants the kids,” said Walzer.

In the global hubbub over the Brangelina divorce, Angelina Jolie Pitt’s demand for sole physical custody of her six children with Brad Pitt has attracted its share of the attention. Yet experts say Jolie-Pitt won’t have the final say, and that Pitt and the couple’s eldest son, Maddox, may even have a voice in custody arrangements.

Stacy Phillips, a veteran divorce attorney, called Jolie Pitt’s request for sole physical custody a “wish list,” one that could change as the divorce progresses. Phillips, like many, saw the request as a message to Pitt, although what the actress is trying to convey won’t be known for some time, if ever.

Pitt has yet to file his legal response to Jolie Pitt’s divorce petition, but each actor released statements Tuesday indicating their children were the priority. The pair has six children, ranging in ages from 8-year-old twins Knox and Vivienne to 15-year-old Maddox.

“It’s not uncommon that a person would seek sole physical custody in their initial filing,” said divorce lawyer Lori Howe. “That doesn’t mean it is what they will end up seeking if they resolve the case through settlement or in a courtroom. … She very well could change her mind as well. And there’s nothing to stop her from doing that, despite having checked those boxes on her petition.”

California law favors joint custody of children, and judges can generally consider the opinion of children who are 14 years or older about which parent they want to live with.

Divorce lawyers, however, say the couple can avoid placing their children in the middle of a divorce if they work out an agreement in private.

“The parents should be parents, as opposed to letting the children be the parents,” said Phillips, an attorney in the Los Angeles office of Blank Rome LLP. “They didn’t ask for this. They need to be kept as children.”

Attorney Steven Mindel said in some instances, a judge may want to know the opinion of children younger than 14-years-old, but in general, courts encourage parents to work out the custody arrangements without protracted legal fights.

“You generally don’t want a child testifying against a parent,” Mindel said. “It’s emotionally draining on the child.”

Testimony doesn’t have to be in a courtroom. It can be solicited by an attorney appointed to represent the child’s interests, or can be done in a judge’s chambers, if necessary, Mindel said.

If the actors get into a public custody fight, a judge might appoint an attorney for each of the Jolie-Pitt family’s children. “If you do it strictly by the book, each child should have separate representation,” said Maya Shulman, a divorce attorney who specializes in resolving difficult custody cases.

In most instances, Phillips, Shulman and Mindel said, parents will work out the arrangements behind the scenes. Pitt-Jolie and Pitt have an incentive to do that, the lawyers said, because of their celebrity status.

Previous Hollywood breakups provide some insight into how quiet, and how ugly; custody fights can become.

Mel Gibson’s divorce from his wife Robyn was quiet, with very few court hearings and very little attention after the actor’s wife filed for divorce in April 2009. The pair has seven children, although only one was a minor when they divorced. It took nearly two-and-a-half years – with Gibson’s very public custody fight with ex-girlfriend Oksana Grigorieva playing out in the middle of it – for the Gibsons to finalize their divorce.

Similarly, Maria Shriver’s divorce from Arnold Schwarzenegger has remained out of the public eye for years. After an initial flurry of filings in July 2011, no public hearings or documents have been filed in the case. Their youngest child turns 19 next week.

Couples can opt to pay a private judge to handle their cases, although the same rules apply and a public divorce judgment will be filed at the end of it, Shulman said. The level of detail varies widely, with some judgments offering no details on how custody or assets are being split.

The judgment in Gwyneth Paltrow’s divorce from Coldplay frontman Chris Martin, for instance, spans seven pages. Melanie Griffith and Antonio Banderas’ divorce judgment, in which they split a variety of business interests but no custody issues, is 57 pages long.

All the lawyers interviewed said they hope Pitt and Jolie-Pitt will avoid a public fight, and keep their divorce as private as possible.

“It just seems unlikely that they would drag themselves and their children through the public court system,” Mindel said. “There just couldn’t be any benefit to them or their children to do that.”