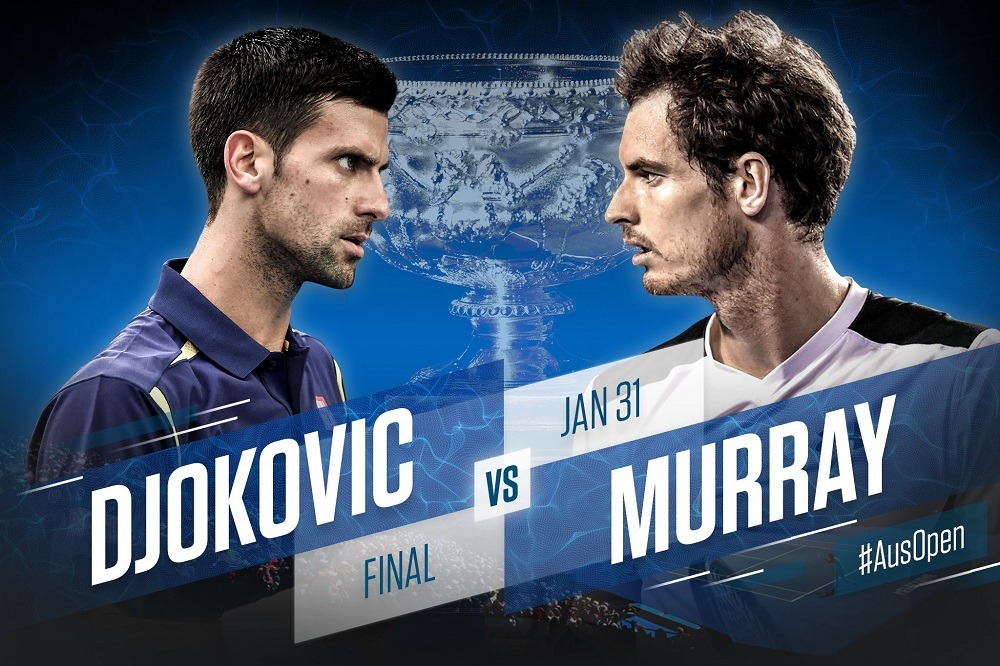 Sunday will be a great day for tennis at the 2016 French Open as Novak Djokovic faces off against Andy Murray in the finals.

World No. 2 Andy Murray has made more British tennis history in Paris.

On another chilly, overcast day in the French capital, the Scot upset reigning champion Stan Wawrinka 6-4, 6-2, 4-6, 6-2 to become the first British man to reach the Roland Garros final since Bunny Austin in 1937.

“I’m extremely proud. I never expected to reach the final here,” said Murray in his on-court interview with Marion Bartoli. “I’d always struggled on the clay and then in the past two years I’ve had some of my best results. I hope I can put on a good match for the crowd on Sunday.

“I knew today if I wanted to win I was going to have to play one of my best clay-court matches. Stan’s record here the past two years has been unbelievable. He was playing better every match here. I played one of my best matches today. I’m looking forward to the final now.”

In Sunday’s final, Murray will face Novak Djokovic in a re-match of the Australian Open final in January, which Djokovic won in three sets. It will be the pair’s seventh meeting in a Grand Slam final. Djokovic reached his fourth Roland Garros final with a straight-sets win over Dominic Thiem on Court Suzanne Lenglen (Read More).

It is another milestone moment for the Scot in what has been a record-breaking career for British tennis. He ended his country’s 77-year wait for a male Wimbledon champion in 2013 when he defeated Djokovic in the final. One year earlier he became the first British male Grand Slam champion since Fred Perry in 1936 when he hoisted the US Open trophy (d. Djokovic).

To get to the Roland Garros final, the Scot overturned a three-match losing streak against Wawrinka and ended a six-match losing run against Top 4 opposition at Grand Slam championships. Murray had been two points from defeat in the first round, as he rallied from a two-set deficit to defeat Radek Stepanek. He also came from behind to beat Mathias Bourgue in the second round.

Murray is now through to his 10th Grand Slam final (2-7 record), equalling Boris Becker in 12th place on the list for the most Grand Slam finals reached in the Open Era. He is also the 10th man in the Open Era to reach the final at all four majors, having fallen three times previously in the Roland Garros semi-finals.

With Oscar-winning actor Leonardo DiCaprio and Manchester United French footballing legend Eric Cantona watching on, third seed Wawrinka looked to strike first. But Murray saved a break point in a lengthy second game to get an early foothold in the match. The Scot then broke for a 2-1 lead, winning a cat and mouse exchange with Wawrinka at the net.

Murray continued to press, and Wawrinka was forced to fight off two break points in the seventh game to stay in contention in the first set. But the Dunblane native went on to seal the opener in the 10th game, saving three break points to clinch it in 53 minutes.

The second set was all Murray. The Scot broke to love in the third game and a rifled backhand passing shot in the fifth game earned the Scot a 4-1 double break lead. As Wawrinka’s frustration mounted, Murray went on to seal the two-set lead after one hour and 22 minutes.

Wawrinka worked hard to stay positive in the third set and his boisterous attitude paid dividends at the crunch end of the set. The Lausanne native saved a break point in the third game and continued to fire himself up. In the 10th game, he got his reward. The Swiss converted his first set point, with Murray serving at 4-5, Ad, as the Scot netted a backhand, prompting a roar from Wawrinka and a jog back to his chair.

Murray responded with a swift and lethal blow. The Dunblane native broke in the first game of the fourth set, and there was to be no response from the defending champion. Wawrinka fended off two break points to avoid going down a double break in the third game but succumbed as Murray went on the charge again in the seventh game. Murray secured a 5-2 lead as Wawrinka over hit a forehand long and went on to serve out victory to love in two hours and 35 minutes.

Wawrinka rallied from a set down in the Roland Garros final last year when he thwarted Djokovic’s career Grand Slam bid by capturing his second major title on the Parisian dirt. The Swiss’ victory at Roland Garros added to his triumph at the 2014 Australian Open. 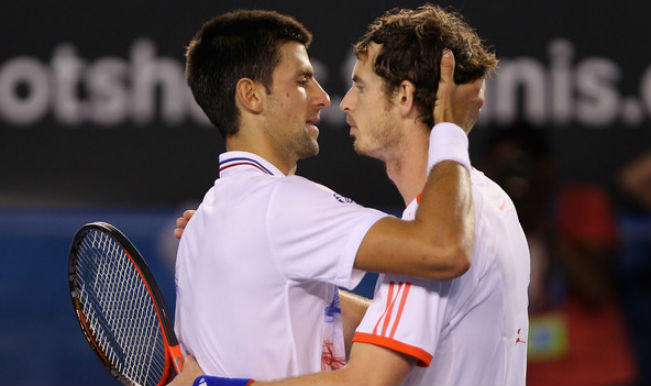 Andy Murray and Novak Djokovic are as great as friends as they are rivals so here’s a look at how they break down by the numbers:

Djokovic reached both the top 100 and the top 10 before Murray and won his first Grand Slam title at the Australian Open in 2008. Murray’s grand slam breakthrough would follow four years later when he beat Djokovic at the 2012 U.S. Open to end a 76-year major singles title drought for British men.

Djokovic has topped the rankings of the men’s ATP World Tour for 201 weeks. Only four players since the rankings began in 1973 have spent more weeks at the top of men’s professional tennis; Jimmy Connors (268), Ivan Lendl (270), Pete Sampras (286) and Roger Federer (302). Murray has never been the world No. 1. He returned to the No. 2 spot earlier this spring.

Djokovic leads 23-10 and is 4-2 against him in grand slam finals. Murray’s two slam wins both came against Djokovic but since the Scot’s win in the Wimbledon finals in 2013, Djokovic has gone 12-2. But the pair split titles on clay before Roland Garros this season, with the Serb beating Murray in Madrid before the Scot got his revenge in the finals of Rome. Unlike Federer and Rafael Nadal, who never played each other at the U.S. Open, Djokovic and Murray will have played each other  in every major championship match come Sunday afternoon.

History on the line:

Djokovic may have been dominating men’s tennis in the past two years or so, but he’s yet to win the title at Roland Garros. He’s lost three Roland Garros finals, including two to nine-time winner Nadal and one to Switzerland’s Wawrinka last year. A win on Sunday would give Djokovic the so-called “Nole Slam” of holding all four majors – Wimbledon, the French, U.S. and Australian Opens – at the same time.

Sets lost on the way to the finals:

Djokovic dropped one set to Roberto Bautista-Agut in the fourth round while Murray had a terrible start in his first two rounds as he was twice forced into a five-set match against the veteran Czech Radek Stepanek and grand slam beginner Mathias Bourgue.

Time on court at this year’s French Open:

Though Djokovic played on four consecutive days to reach the final, he’s spent considerably less time on the match court than Murray: