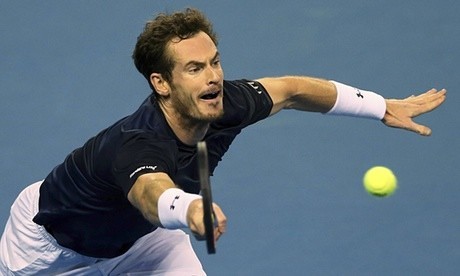 Fans of the Australian Open don’t normally have February dates in mind when making their plans to watch the men’s final from Melbourne Park. This season, the championship match for the first Grand Slam of the year will take place on the last day of January, Sunday the 31st. While you might circle that date in your new calendar now, there’s good reason to circle the middle week of February too.

Andy Murray is considered the second favorite to win the 2016 Australian Open. It’s a position that he has been in before, and it’s one that he has lived up to on multiple occasions. Murray first made the Australian Open final in 2010, losing to Roger Federer, and the Scot most recently made the Aussie final in 2015, losing to Novak Djokovic. But unlike other seasons, during the 2016 Australian Open Murray’s wife, Kim Sears, will be in the latter stages of pregnancy. Murray’s clear priority is right where it should be – he wants to support his wife and his new child should any complications arise.

According to Murray, it would “obviously…be disappointing” to make the final and “not be able to play” but he would “be way more disappointed winning the Australian Open and not being at the birth of the child.” Basically, Murray is a father and husband before he is a tennis player.

The best scenario, of course, is that Sears’ pregnancy is a straight-forward one, and a healthy child enters the world in mid-February, one that goes on to win Wimbledon in 2040 or so. In fact, there was a 500 to 1 betting line on Murray’s child to do just that a few months ago with SkyBet. There’s also a ridiculous 500 to 1 line on the name of the child being Serena, the first name of the current women’s World No. 1. By my math (1/500 squared?), there’s an implied 250,000 to 1 chance that one Serena Murray, the first child of Andy Murray and Kim Sears, will win Wimbledon toward the middle parts of this century.

On more serious and realistic matters, it might be that Murray is well over-rated as the second favorite at the Australian Open this season because of his wife’s pregnancy. If you’ve ever been around a man expecting his first child, you know what nerves look like. Men like that don’t need balmy midday Melbourne summer conditions to break a sweat. Men like that face dehydration issues in a cool room.

I wouldn’t be surprised at all if the Scot loses an early round match this year and I could even see an upside for Andy and Kim. It’s a little unfair that a pregnant woman should be a focal point of tennis analysis, and it might be better for everyone if you’ll pardon the horrible and unintentional pun if Murray simply pulled out.

If he doesn’t then hopefully he ends up with a first-round match against a player that the Scot might be able to lose to without it looking as phony as professional wrestling, Murray vs. Karlovic at Wimbledon 2012, or the 2002 NBA Western Conference finals. If the tennis gods are kind, some good non-seed will take Murray out early, someone like Fernando Verdasco, Lleyton Hewitt, Nicolas Almagro, Philipp Kohlschreiber, or Alexandr Dolgopolov.

It’s okay Andy, every decent person in the world would totally understand if you pulled out or tanked it early. After all, family is more important, and a woman in the latter stages of pregnancy shouldn’t be facing the scrutiny of world-wide media regarding the status of her health. Win a handful of matches at Melbourne Park this year and that’s what could happen.