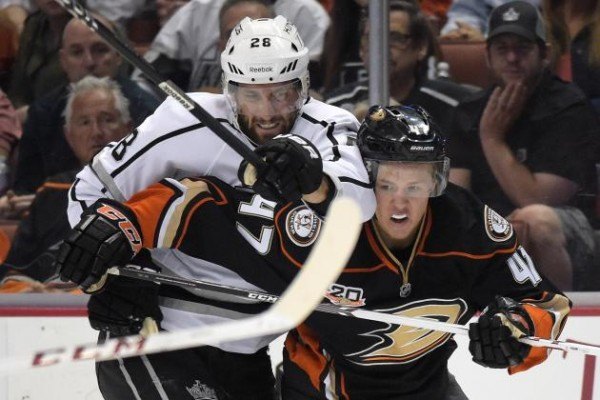 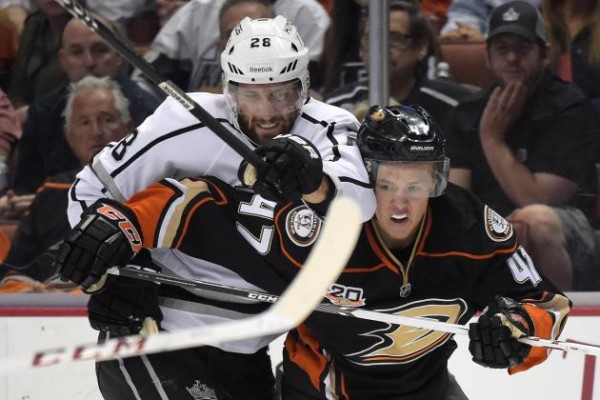 The Anaheim Ducks continue to play well in 2016 while the Los Angeles Kings continue to flirt with mediocrity. What’s resulted is a race in the Pacific Division between the three California-based teams as the San Jose Sharks are in the thick of things as well.

Heading into Sunday’s action Los Angeles holds a 7-point lead over second-placed Anaheim. L.A., San Jose, and Anaheim have each played 53-54 games in their schedules, so there are not any significant games at hand to consider. Of the three teams, it is Anaheim that has been the hottest of late.

The Ducks were once a pitiful scoring club, a team that struggled to score more than two goals in a game. Back in December, the Ducks were heavily reliant on exceptional goaltending for victories. Now heading down the stretch of the regular season, Anaheim remain in the shadows of their poor start. They are currently a .500 team at 27-27 (i.e. 27-19-8), and they have a -5 goal differential on the entire season.

If the Ducks are going to make a push for the divisional crown, then I see the next three games as pivotal. They are in the midst of a lengthy road trip, one that has seen them go 2-1-1 thus far. With games against the Western Canadian clubs upcoming, Anaheim has to be hoping for five points out of six, especially since Saturday night saw them beat Chicago in the Windy City.

The Ducks, although they have generally played their best hockey of late, did lose a 4-3 shootout decision in Columbus recently. Coach Bruce Boudreau claimed that his team didn’t “respect” the Blue Jackets enough, noting that even the weakest teams in the NHL still require attention from the get-go:

“I didn’t think we respected that team enough to start the game,” Boudreau claimed. “This is the NHL. You can’t come into a game and not respect your opponent. We didn’t respect them enough. We were lucky Freddie was on top of his game in the first period, or it would’ve been 3-1 for them. We were lucky to get a point, but we’ll bounce back.”

Even if Anaheim do not make a push for the Pacific Division title, the Ducks are starting to look good as a Western Conference playoff entrant. The Vancouver Canucks have been mediocre, the Arizona Wildcats are in a freefall, and both Alberta-based teams are buried deep. The NHL playoffs are noted for their parity – the low-seeded teams do damage more than just occasionally. If the Ducks get into the post-season playing well, then they will nearly be as good as anyone.

The 3-2 victory over Chicago may be very telling of how well Anaheim is playing now. The Blackhawks remain in contention in the Central Division, but they have cooled off a little bit compared to earlier this calendar year. For those that are looking to follow the Ducks, their next game is on the 15th from Calgary. If you are following the Pacific Division race, Los Angeles will be in action on Sunday at New Jersey.