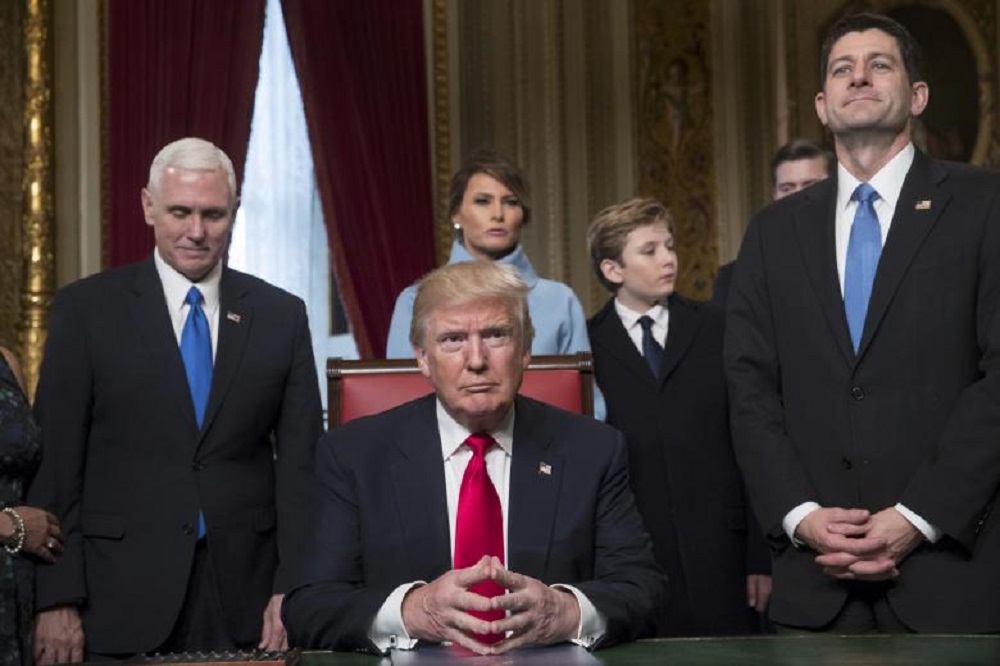 Americans love saying that they like getting exactly what they wanted so it should make those that voted for Donald Trump very happy. They’re getting the exact Donald Trump that was on the campaign trail which he proved in his inauguration speech.

You can check out Trump’s full speech transcript here plus our fact vs. fiction on that speech.

The new president delivered an inaugural address Friday that was straight from his campaign script – to the delight or dismay of different subsets of Americans.

Trump gave nods to unity and began with kind words for Barack and Michelle Obama, but pivoted immediately to a searing indictment of the status quo and the Obama years.

Presidents past have promised an American Covenant, a New Frontier, a Great Society.

Then he promised to end it with a nationalist “America First” approach to governing.

It was a speech for Trump’s supporters, but maybe not those who voted for somebody else.

When Trump told the crowd on the National Mall and watching from afar that “everyone is listening to you now” and spoke of a “historic movement the likes of which the world has never seen before,” he seemed to harking back to his voters.

“At some point, there has got to be a transference to being the leader of all the people,” said Connecticut Gov. Dannel Malloy, chairman of the Democratic Governors Association.

Former House Speaker Newt Gingrich, though, heard “exactly the speech Trump needed to give to be the kind of president he wants to be.”

“In a very workmanlike way, he was reasserting precisely the themes that had gotten him elected,” Gingrich said. “He is trying to communicate how he sees the next few years from his perspective: It will basically be pitched again and again as the people vs. the establishment, and it will be constant striving to reform the system.”

In his 16-minute inaugural, Trump spoke in grim terms of families trapped in poverty, shuttered factories dotting the landscape like tombstones, of rampant crime, drugs and gangs.

It was an echo of the bleak message he delivered at the Republican National Convention – and likewise short on specifics for how he will solve those problems.

Nostalgia works for some Americans, but not all.

“If you’re an African-American, 50 years ago doesn’t seem so great to you,” said Michael Gerson, a former speechwriter for President George W. Bush and a frequent Trump critic. “You need some kind of vision for a future America.”

The new president “amplifies resentments” in the name of pursuing change, said Gerson. “It’s always us vs. them.”

Trump did directly take on the nation’s modern security challenges by giving a blanket promise to “eradicate completely from the face of the earth” the scourge of “Radical Islamic Terrorism” – a capitalized phrase that the Obama administration refused even to utter. 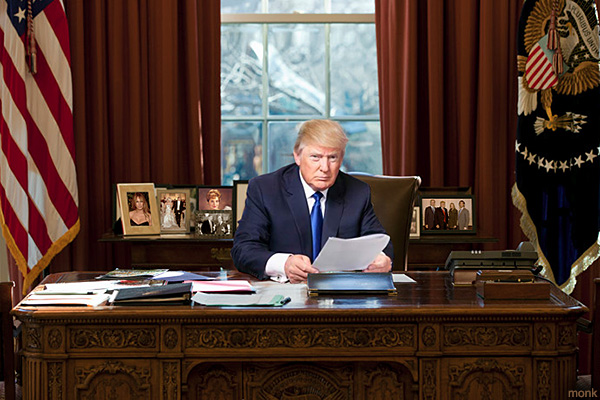 But he’s given few details about how he’ll do that.

Granted, inaugurals aren’t meant to be wonky policy speeches. But they must be backed by a plan of action to have oomph.

As the new president took office, whitehouse.gov was filling up with policy pages that were long on broad goals and light on specifics.

And the question marks about his policies on taxes, trade, immigration, terrorism and more are magnified by the sometimes contradictory policy pronouncements coming from his Cabinet nominees.

The uncertainty about Trump also stems from his own shifts in tone.

“When he’s in front of a crowd, he’s going to roar populism, and then when he’s inside the Capitol, he’s going to buddy up to folks and say we can all work together,” Murphy said. “The question is, where does governance land? Where his inaugural speech was, or where his lunch speech was?”

Going into Friday’s inaugural address, Trump already had a lot of work to do to rally the nation behind him.

Just 40 percent of Americans have a favorable view of him, far lower than any other president-elect’s popularity since at least the 1970s, according to a Washington Post/ABC News poll.

And if he can’t deliver on the bold promises of his inaugural, he’ll lose those he does have in his corner.

“The speech is notable for laying down very specific markers by which his presidency will be assessed,” says Kathleen Hall Jamieson, a communications professor and director of the Annenberg Public Policy Center at the University of Pennsylvania. “The categorical nature of those markers is going to be problematic for him.”

“If he keeps us safe and creates jobs, he will almost certainly be re-elected. If he can’t do those things, he’s in deep trouble.”