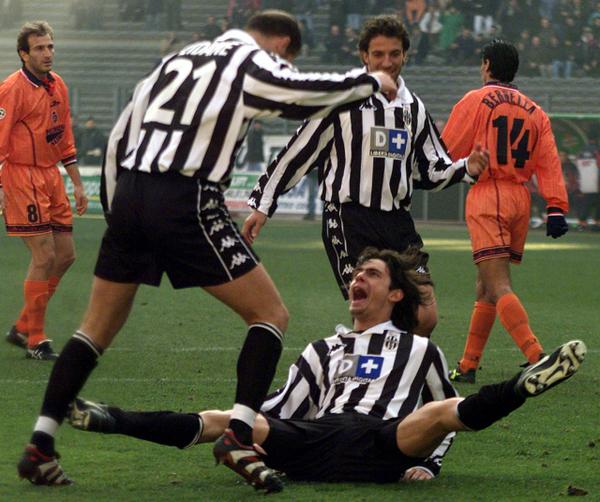 Zinedine Zidane took over the helm at the Santiago Bernabeu in January after the dismissal of Rafael Benitez. The Frenchman has turned around Real Madrid’s season as they are now among the frontrunners for the Champions League and the league title.

So far, Zidane’s record with the Spanish giants is quite impressive. Los Blancos have won 15 and drawn two of their 19 games under Zizou. Real Madrid have advanced to the semi-final of the Champions League, and they are just a point behind La Liga table-toppers Barcelona.

The former Real Madrid and Juventus midfielder has been praised for the results and performances so far. His former teammate at Juventus, Del Piero, is glad to see his friend doing well and has wished him to do well in his managerial debut season.

“All of what he’s worked for and how he has prepared himself as a trainer is incredible,” Del Piero said.

“It is so difficult to do what he has done in such little time.

“He has changed the mentality of Madrid. Both of the team and the fans. I send him my best for La Liga and Champions League this season.”

The former Italy international is also baffled by the recent slump of Barcelona. According to Del Piero, Barca’s elimination from the Champions League was one of the big upsets of the competition.

“I am a little bit surprised, it’s an incredible situation,” Del Piero added.

“If anyone told me two weeks ago that Barca would [drop] this many points or be out of the Champions League I would have told you it was impossible.

“But I think that is what makes this sport so beautiful. It’s a challenge for the teams, and it will help people follow La Liga more in the final games to see what happens.”

The La Liga title race will be interesting than the previous few seasons as three teams are closely contesting for the league title. Diego Simeone’s Atletico Madrid are also in the running with consistent results since the start of the season. Atleti can end the season with a high after winning the Champions League and Spanish league title.