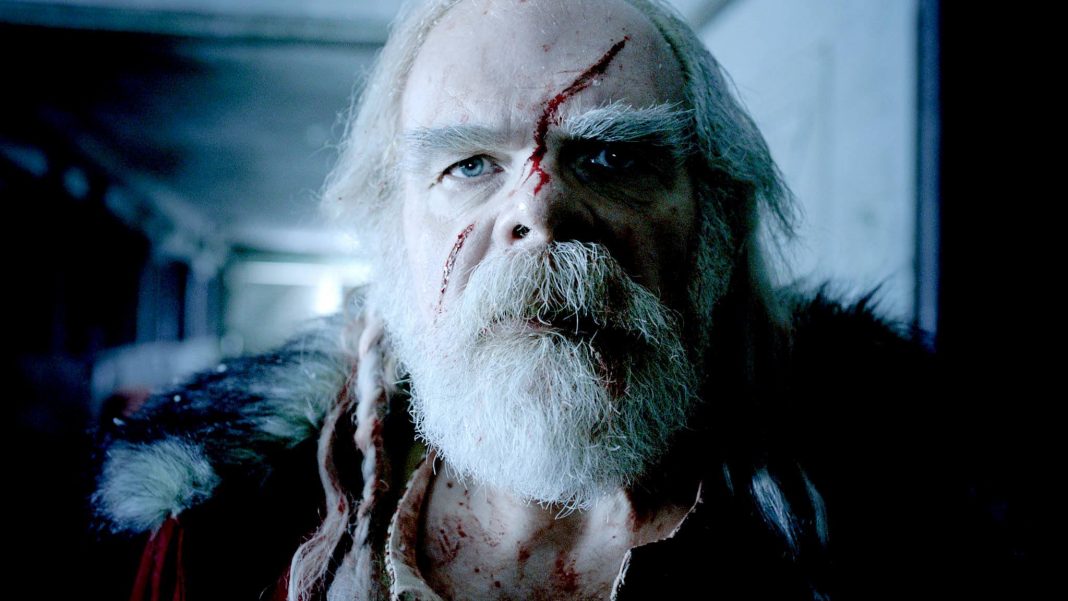 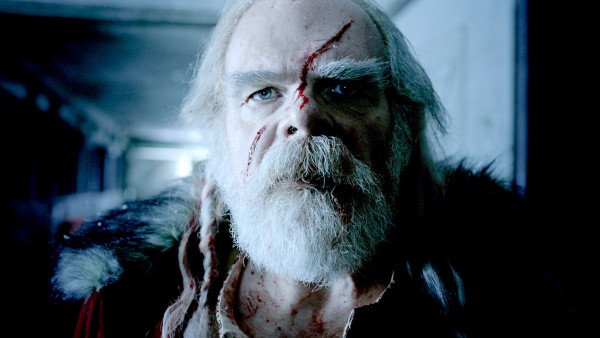 The joyous theme of Christmas mixed with the horrors of Halloween is all wrapped up in the movie, A Christmas Horror Story. The latest trailer showcases the over-the-top satirical horror movie, as it puts a new, darker twist on the typical holiday tale.

The basic premise of the movie is about families living in the small town of Bailey Downs. Unfortunately, there was a terrible tragedy at the local high school where evil spirits trapped three teens in a school basement in an attempt to recreate a gruesome version of the Nativity story. One family’s Christmas begins going off the rails when they realize there is something terribly wrong with their seven-year-old son. Meanwhile, another evil-spirited family is hunted down by Krampus, the demonic anti-Santa of Nordic mythology.

A Christmas Horror Story is part of the anthology series that centers on characters like the anti-Santa character Krampus, who will do whatever it takes to wreck havoc on the holidays.

Directed by Steven Hoban (Ginger Snaps, Black Christmas), Grant Harvey (Ginger Snaps) and Brett Sullivan (Saw IV, Ginger Snaps), there is evidently lots of experience when it comes to the Christmas/Horror genre amongst the crew.

In addition, the movie employs William Shatner as a drunk, conservative radio DJ, who reports the various attacks that occur in Bailey Downs during the holiday season. Also making an appearance in the film is George Buza (X –Men) as Santa, who tries to combat against the zombie outbreak happening at the North Pole. Ultimately, the movie climaxes, as Santa himself has to take on the evil Krampus.

Many moviegoers who are fans of Doughtery’s holiday-horror series are anticipating the release of Krampus in December, which features in on the mythological villain. However, A Christmas Horror Story gives audiences an idea of what they are in for when it comes to the evil spirit-crushing creature.

Early reviewers of the film note that A Christmas Horror Story has a slightly more horror-filled edge than its predecessors. In addition, many claim that the ending presents a twist that is apparently big enough to possibly save Christmas.

The film is presented as a series of different, yet intertwining stories. The movie seemingly utilizes William Shatner as the glue that holds everything together, as he weaves the horrific events that happen within each storyline.

Needless to say, it is clear this is a movie made for a niche audience. While the trailer paints the movie to be a relatively comedic horror film, it most likely won’t be a laugh-out-loud experience or a terrifying fright fest. It falls in between, perhaps perfect for a pair of moviegoers who differ in movie taste (i.e. one wanting horror and one wanting comedy). 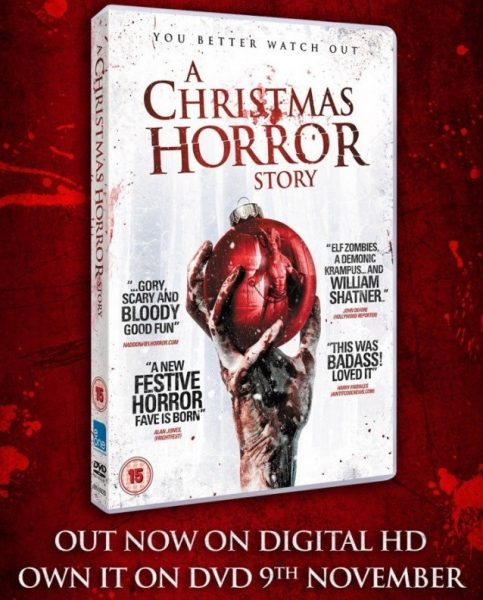 However, as the genre (holiday-horror) continues to expand and grow from earlier releases such as Trick ‘r Treat and Ginger Snaps, it is clear there is a wide enough audience to justify the continuation of such films.

The movie was first shown at the Fantasia International Film Festival in July, where most viewers gave it modest reviews. Rob Hunter of Film School Rejects said of the movie, “just like every anthology film ever made, A Christmas Horror Story is a mixed bag – of gifts and coals presumably – but as a whole it lands as a mediocre affair. See it for Shatner and the Santa vs. Zombie elves segment, but be sure to get a gift receipt.”

Thus, A Christmas Horror Story is getting a more modest release, as it will be available on Itunes and Video On Demand the same day of its limited release. However, it will gear audiences up for the bigger holiday horror film that I previously mentioned, Krampus, which is due out in theaters on December 4, 2015.
A Christmas Horror Story Trailer

To catch the Christmas action, with a hint of William Shatner, check out A Christmas Horror Story is already out in theaters and available on Itunes and VOD on October 2, 2015. It will hit DVD on November 9, 2015.