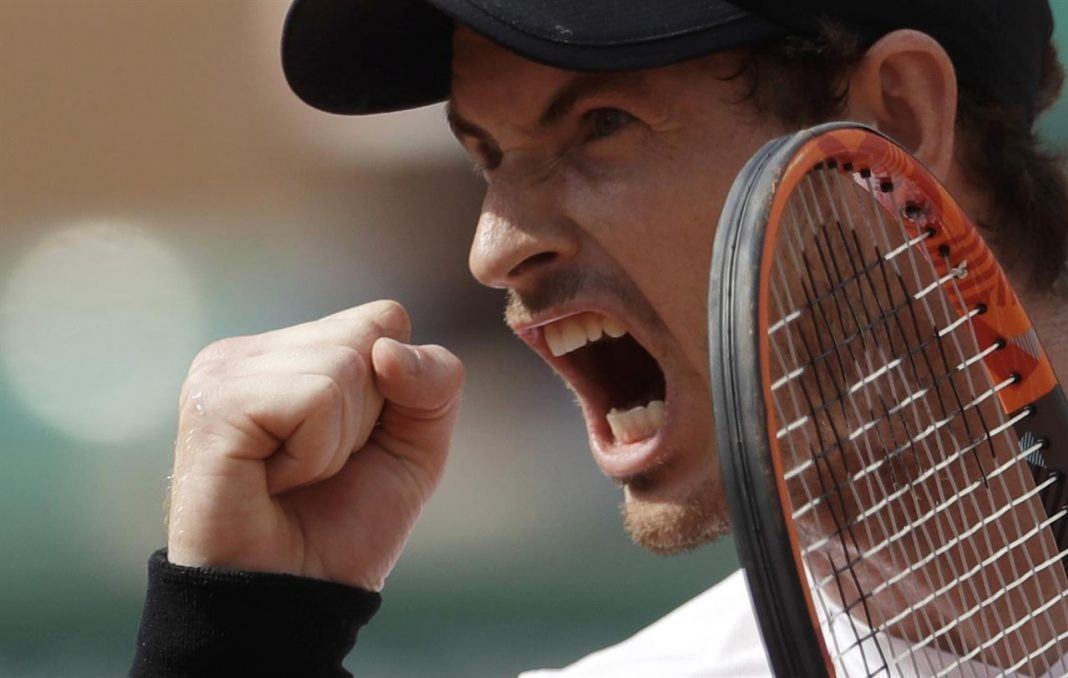 Juan Martin del Potro was not going to let World No. 1 Andy Murray win easily at the 2017 French Open Saturday. It wasn’t enough to keep Murray from landing a place in the final 16 at Roland Garros.

Andy Murray benefited from a double-fault by Juan Martin del Potro in the opening tiebreaker and then looked more and more like the No. 1 player that he is during a 7-6 (8), 7-5, 6-0 victory at the French Open on Saturday.

The third-round match between a pair of past major champions was much tighter than the straight-set scoreline might indicate.

“Yeah, I expected a very tough match. And the first set was very, very important, I think, for the rest of the match. Whoever had won that first set had big momentum,” Murray said. “In these conditions, when it’s slow and heavy, to be coming back is difficult.”

He needed nearly 3 hours to get past the 29th-seeded del Potro at Court Philippe Chatrier under a cloud-filled sky. It was a rematch of the 2016 Rio Olympics gold-medal final won by Murray.

Del Potro had four set points in the opening set but lost each one, including that key double-fault while ahead 7-6 in the tiebreaker. After Murray converted a third set point of his own when his opponent’s big forehand landed barely wide, del Potro rested his head on the net and stayed put for several seconds, the very picture of disappointment.

“Too much frustration,” del Potro said. “I couldn’t believe I lost that set.”

Wawrinka, owner of three major championships in all, will play for a quarterfinal berth against No. 15 Gael Monfils or No. 24 Richard Gasquet, a pair of Frenchmen whose third-round match was interrupted by rain in the first set Saturday.

Murray is a three-time Grand Slam title winner and was the runner-up at Roland Garros a year ago. He has not had a great season so far, though, particularly on the clay-court circuit leading up to the French Open, but he now has reached the fourth round for the eighth time in 10 appearances in Paris.

“I’m starting to feel better. I was really looking forward to the French Open,” Murray said. “I had struggled the last six or seven weeks coming in.”

Del Potro, the 2009 U.S. Open champion, was playing at his first French Open since 2012 because of a series of operations on his left wrist. Under constant pressure from an aggressive foe, del Potro had some trouble from Murray’s drop shots and wound up making far more unforced errors, 43-28.

Victories by Alize Cornet and Caroline Garcia gave France three women in the fourth round of this tournament for the first time since 1994. Kristina Mladenovic advanced to that round by winning Friday.

France, which last put a trio of women into the final 16 at any major at the 2008 U.S. Open, is guaranteed at least one quarterfinalist this time, because Garcia now meets Cornet.

“I think the crowd is going to be excited,” Cornet said. “We will try to give them a good show, a good game. The crowd support is like a bonus, an extra energy.”

Simona Halep, the 2014 runner-up, said the torn ligament in her right ankle is no longer an issue and proved that by defeating 26th-seeded Daria Kasatkina of Russia 6-0, 7-5.

“Well, now, it’s pretty OK,” Halep said about her ankle. “I can run. I can slide everywhere. I can move pretty well.”