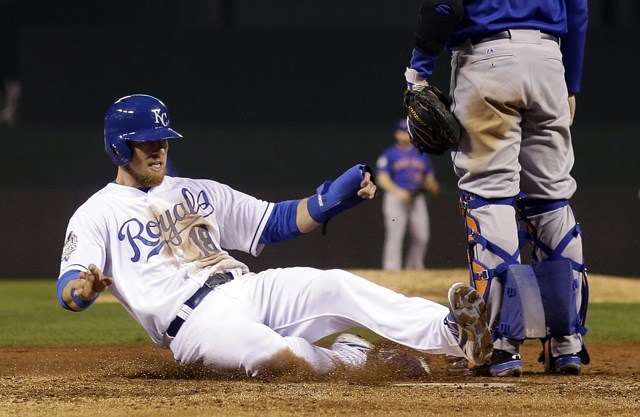 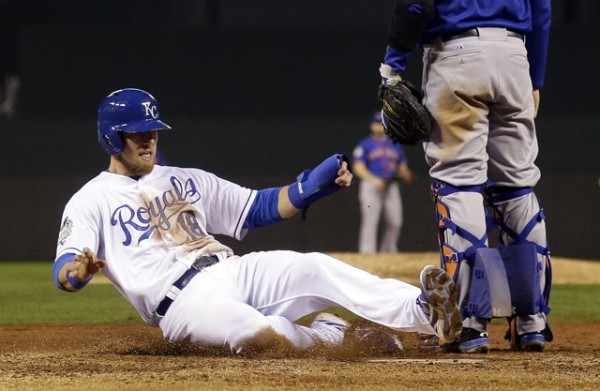 Game One of the 2015 World Series finally ended as the Kansas City Royals defeated the New York Mets in 14 innings. Bartolo Colon pitched the 12th, 13th, and 14th for the Mets, and he got into at least a little bit of trouble in each inning. The Mets finally cashed in when Eric Hosmer sacrifice-flied in the game winner, tagging the 42-year old Colon with a loss.
If the Mets do not earn a split in Kansas City, then they may feel as though game one was the game that got away. New York handed the ball over to Jeurys Familia with the lead late however the normally reliable closer gave up a ninth inning solo shot to No. 8 hitter Alex Gordon. Also indisputably homering in the game was Curtis Granderson of the Mets.
However, the game will also be remembered for a not-so-standard homerun. Alices Escobar will at least be credited with one as he hit a fly ball (that should have been caught) to center field in the bottom of the first. In attempting to make a play on the ball, Yoenis Cespedes overran the flight and then he appeared to boot the ball. Escobar, who circled the bases, received credit for an inside-the-park home run on the play; although you could mount what would be a very futile argument that Cespedes committed a four-base error instead.
While Colon picked up the loss and while Familia gave up the solo shot, David Wright, the Mets third baseman, also made a pivotal mistake. Fielding in the bottom of the 14th, Colon induced a ground ball from Escobar that Wright failed to field cleanly. He then drew the first baseman off of the bag with an errant throw, allowing Escobar to reach safely. He eventually came around to score on what was an unearned run.
Game two goes tomorrow evening with an 8 pm ET start time. The pitching match-up clearly belongs to New York heading into game two, so much so that arguably winning game one was crucial for the Royals.
Jacob deGrom will start for New York while Johnny Cueto will start for the Royals. With a hot Mets’ pitcher taking the mound, they will be under major pressure to come away with a victory before they head home for at least games three and four.