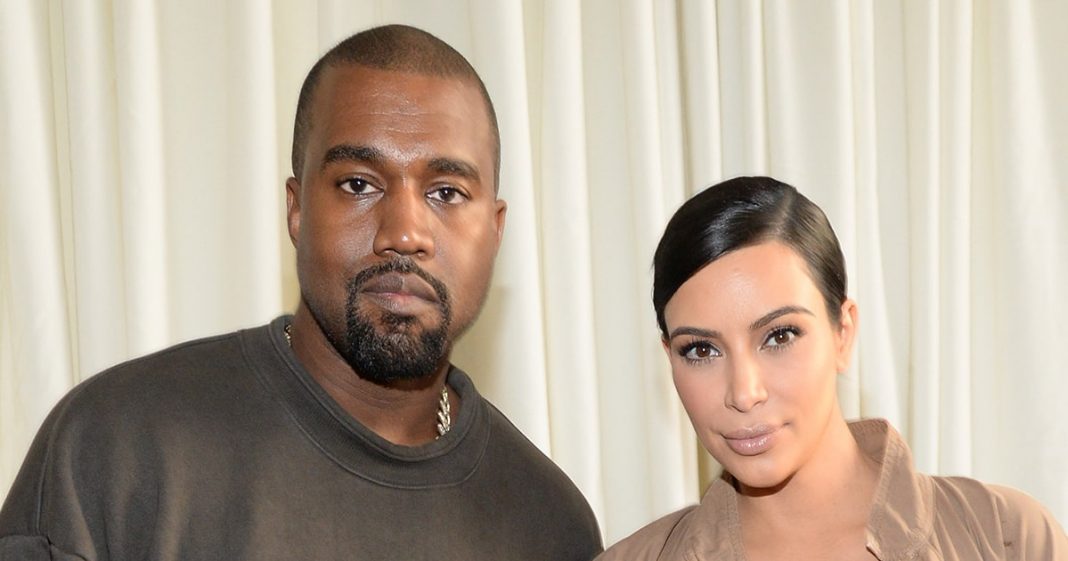 Surprisingly, Kim Kardashian and Kanye West didn’t keep people waiting for too long, as they publicly announced the name of their son on Monday. Kim was admitted to the hospital on Saturday and announced she gave birth on her website and app.

However, for the days to follow fans were still left to speculate what the it-couple had decided to name their second baby. Yesterday reports claimed that even Kim and Kanye didn’t know what they were going to name him, but had agreed to give him the middle name Robert. Our sources had that one right as we reported.

So, what’s the name you ask?

Funnily enough, many people were speculating that they would go with a biblical name, especially since the baby was supposed to be due on Christmas day. In addition, considering his father Kanye goes by the name Yeezus and has compared himself to God, Saint seems to be a fitting name for the newest member of the family.

It won’t be long now until Kim plasters pictures of Saint all over social media.

On Monday morning, the nominations for the 2015 Grammys were announced. Many of the big names in music were nominated including The Weeknd and Taylor Swift.

So while many deserving artists were mentioned, fans right away noticed that one name, in particular, was missing from the list: Adele. Unless you have been living under a rock, you know that Adele’s latest album 25 has been breaking and setting pretty much every record possible. In addition, 25 sold over 3.38 million copies in its first week, making it the largest single-week album sale since sales have been tracked (beginning in 1991).

Despite Adele’s undeniable talent and success, even she could not manage to get a Grammy nomination this year. However, it is not due to her music; it was because of the timing of her music’s release.

After people began expressing their outrage on social media, the Grammy committee noted a particular part of their set regulations that explained their omission of Adele. The website states, “For the 58th Annual GRAMMY Awards, albums must be released between Oct. 1 2014 and Sept. 30, 2015.”

Unfortunately, Adele’s latest music did not hit the airwaves until late October, with her album being released in mid-November. Therefore, she was not able to meet the qualifications for the Grammys this year.

So while Adele may have lost out this year in terms of Grammys, she still has plenty to hold on to from previous years. Adele has already scooped up 10 Grammys, after she won every category she was nominated in for 2012, 2013 and 2014. And with the ways things are going for her, it looks like she will be picking up plenty more awards in the future.

Here are the nominees:

Album of the Year

Kendrick Lamar, To Pimp a Butterfly

The Weeknd, Beauty Behind the Madness

Song of the Year

Record of the Year

D’Angelo and the Vanguard, “Really Love”

The Weeknd, “Can’t Feel my Face”

Florence + The Machine, ” Ship to Wreck”

Bob Dylan, Shadows in the Night

Seth MacFarlane, No One Ever Tells You

Florence + The Machine, How Big, How Blue, How Beautiful

James Taylor, Before This World

Above & Beyond feat. Zoë Johnston, :We’re All We Need”

Skrillex and Diplo With Justin Bieber, “Where Are Ü Now”

Florence + The Machine,”What Kind Of Man”

Foo Fighters, “Something From Nothing”

My Morning Jacket, The Waterfall

Kehlani, You Should Be Here

The Weeknd, Beauty Behind the Madness

Drake, If Youre Reading This Its Too Late

Kendrick Lamar, To Pimp a Butterfly

Jason Crabb, Whatever the Road

Lauren Daigle, How Can It Be

Tobymac, This Is Not a Test

Jason Isbell, Something More Than Free

The Chemical Brothers, Born in the Echoes

Kirk Whalum, The Gospel According to Jazz, Chapter IV

James Bay, “Hold Back the River”

Florence + the Machine, “What Kind of Man”

James Bay, Chaos and the Calm

Tamar Braxton, “If I Don’t Have You”

The Weeknd, “Earned It (Fifty Shades of Grey)”

Faith Evans, “He Is”

Charlie Wilson, “My Favorite Part of You”

The Weeknd, “Earned It (Fifty Shades of Grey)”

D’Angelo and The Vanguard, “Really Love”

D’Angelo and the Vanguard, Black Messiah

Andra Day, Cheers to the Fall

Drake, “Back to Back”

The Weeknd, “Can’t Feel My Face”

Glen Campbell: I’ll Be Me

The Weeknd, “Earned It (Fifty Shades Of Grey)”

Lady Gaga, “Til It Happens to You”

The Theory of Everything

The Dead Weather, “I Feel Love”

Cécile McLorin Salvant, For One to Love

Eliane Elias, Made in Brazil

Matt Maher, “Because He Lives (Amen)”

Jason Crabb, Whatever the Road

Lauren Daigle, How Can It Be

Tobymac, This Is Not a Test

Béla Fleck & Abigail Washburn, “And Am I Born to Die”

The Milk Carton Kids, “City of Our Lady”

Mavis Staples, “See That My Grave Is Kept Clean”

The Mavericks, “All Night Long”

Rob Ickes & Trey Hensley, Before the Sun Goes Down

The Steeldrivers, The Muscle Shoals Recordings

Rhiannon Giddens, Tomorrow Is My Turn

The Revelers, Get Ready

Windwalker and The MCW, Generations

Zomba Prison Project, I Have No Everything Here

Lori Henriques, How Great Can This Day Be

Lisa Lampanelli, Back to the Drawing Board

Jay Mohr, Happy. And A Lot.

An American in Paris

The King And I

Best Arrangement, Instrumental or A Cappella

Dance of the Sugar Plum Fairy

Do You Hear What I Hear?

Ghost of a Chance

You and the Night and the Music

Shelly Berg, “Be My Muse”

Maria Schneider, “Sue (Or in a Season of Crime)”

Jimmy Greene, “When I Come Home”

Brian Roettinger, Florence + the Machine, How Big, How Blue, How Beautiful (Deluxe Edition)

Sarah Dodds, Shauna Dodds & Dick Reeves, Asleep at the Wheel, Still the King: Celebrating the Music of Bob Wills and His Texas Playboys

Of Monsters and Men, Beneath the Skin

Father John Misty, I Love You,

Grateful Dead, 30 Trips Around the Sun

The Decemberists, What a Terrible World, What a Beautiful World (Deluxe Box Set)

James P. Leary, Folksongs of Another America: Field Recordings From The Upper Midwest, 1937-1946

Joni Mitchell, Love Has Many Faces: A Quartet, A Ballet, Waiting to Be Danced

Bob Dylan and the Band, The Basement Tapes Complete: The Bootleg Series Vol. 11

Erroll Garner, The Complete Concert by the Sea

James Taylor, Before This World

The Bird and the Bee, Recreational Love

Producer of the Year, Non-Classical

Producer of the Year, Classical

The Oregon Symphony, “Spirit of the American Range”

Ursula Oppens, “Rzewski: The People United Will Never Be Defeated!”

Gerald Barry, Barry: The Importance of Being Earnest