Home All News Tech News Windows 10 is Almost Here, Are You Ready for It? 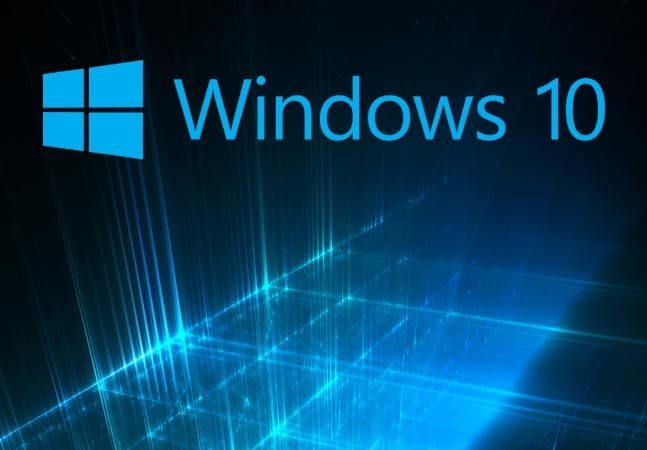 Earlier today my boss called me and asked a question. Why is there an icon in his system tray similar to the Start Button? That icon appeared on his Windows 8.1 powered Lenovo C440 All-in-one. Yes, my boss uses Windows 8.1 and he’s completely fine with it. Well, he has me around to get around it. And yes! I said, it’s finally here! That new addition to the system tray is the new Get Windows 10 icon which appears in all Windows 8.1 systems qualified for Microsoft’s free upgrade. I was expecting that icon to appear as it’s one of the ways to know that a system can download Windows 10 for free. Microsoft recently made it official. July 29, 2015 is the launch date for the much-anticipated Windows 10.

How to Get It

As Microsoft earlier announced, the upgrade is free for users of Windows 7 Service Pack 1 and Windows 8.1 except for Enterprise versions. For Windows 8.1 systems, eligible users will see the icon I described earlier. When the user clicks the icon, it will start a process of configuring Windows Update to download upgrade files and queue the device to the upgrade server. The upgrade may not begin immediately but will be put on queue.

The same goes for Windows 7 with Service Pack 1. The icon won’t appear automatically unless the user installs recommended updates. I run a Pro version at work and checked for the icon but haven’t found it (yet). What I did find is the Windows\System32\GWX (Get Windows 10) folder that was installed by update KB3035583. I’ve yet to see the icon on the system tray or may not entirely since my machine is connected to a domain.

Starting July 29, 2015, Windows 10 will also be available on new systems released by various manufacturers. For system builders, Windows 10 CDs and licenses will also be sold in stores with Windows 10 Home version on sale at $119.00 and $199.00 dollars for the Pro version.

For anyone else who wants to try out Windows 10 if it’s worth the upgrade, join Microsoft’s Windows Insider program to be able to download ISO images for installation on test machines or virtual machines. Be warned though if you intend to use Windows 10 Preview as a working platform. It is the best way to do real live testing but be sure to back up your data. There’s also a possibility that the Insider Preview will be updated to the final release.

Importantly, traditional Windows users will not be embroiled (much) in the user interface snafu that is Windows 8. The Start Menu is back, the OS boots to the desktop and many elements is where they’re supposed to be. For tablet users, Windows 10 switches to tablet mode and displays the Start Screen with the familiar live tiles of Windows 8.1. On desktops and laptops equipped with touch screens, users can easily switch between desktop and tablet mode.

Many settings have been ‘simplified’ but the traditional control panel is still available if you know where to look. Though some settings such as turning Wi-Fi or Bluetooth on and off can be found on the Notifications screen in the system tray, same as you would on a smartphone. Compared to Windows 7, the system will boot and perform faster. Windows 7 users who have shied away from Windows 8 can expect a rather flat interface with some Aero elements included.

One major change is the Cortana personal assistant which more powerful systems can surely take advantage of. It’s Microsoft’s answer to Apple’s Siri. Windows 10 also debuts the new Edge browser codenamed Project Spartan. It’s a completely new browser which coexists with Internet Explorer. Another new development is the addition of virtual desktops which have been a staple Linux for years now. Better late than never.

And finally, there’s Windows Hello, a biometric security component which should work on systems with existing fingerprint readers. New systems will soon be available to take advantage of its fingerprint and facial recognition. Current webcams cannot make use of Windows Hello unless they make use of Intel’s Realsense technology.

There are three important questions that pop to mind whenever people are faced with the prospective ‘upgrade’ to a new operating system. Usability, Capability and Compatibility. First is whether or not they’ll be able to use it easily. The best, honest answer I can give is that it should be easy enough. It will take some getting used to. It’s not quite reassuring for users that are uninitiated with Windows 8.1. Windows 10 mixes both Windows 7 and Windows 8.1. The most important of which is the return of the Start Menu and default booting to desktop. The Start Menu reflects the mixing of old and new technologies from Windows 7 and 8.1 and there are several features that should make life easier for new users. The Start menu combines the traditional Start Menu to launch programs on the left side and on the right, a mini Start Screen to launch what Microsoft now calls universal apps (which can also be used on Windows tablets and Windows Phone).

Second question, can the system handle it? Unlike before when new OS versions call for new hardware, both Windows 8 and Windows 10 have very little requirements. Computers as old as seven years can easily handle it since Microsoft seeks to gain as much coverage as possible. The minimum requirement for Windows 10 is a computer that has a processor running at 1 GHz and above, 1 GB of RAM, at lease 16GB of storage and a minimum resolution of 1000 x 600. Basically any system that can run Windows 7 will be able to run Windows 10.

Third question, will all my programs run? Almost all programs designed to run on Windows 7 and Windows XP should have relatively no problems with Windows 10, though some low-level system utilities may need updates from developers. The Windows 10 compatibility checker should point out whatever issues may exist. Windows 10 will also run all apps designed for Windows 8.1.

Are you Ready to Lose These?

Unfortunately, some programs will no longer be available on Windows 10. Desktop Gadgets introduced on Windows Vista will no longer be available. Built-in drivers for floppy disk drives have been removed as well as built-in DVD playback. What many people complain in forums is the removal of Windows Media Center first introduced in Windows XP Media Center Edition which users can use to watch and record television and play local media files. Theoretically, it could still run for users who downloaded the Windows 8 Media Center Pack and have the product key. Hearts fans might be disappointed since it won’t be included in Windows 10.

But for every loss, there’s a replacement. After Windows 8 took away Solitaire, Windows 10 brings it back as the Microsoft Solitaire Collection. Hearts will be replaced with the equally cerebral and addictive Candy Crush Saga. Instead of desktop gadgets, there are live tiles and a notification area. Sadly, there’s no replacement for WMC as Microsoft justifies its loss to a small dwindling user base. Development on WMC has been stopped since 2009 and made into an add-on for Windows 8.1. WMC users will have to keep their Windows 8.1 and Windows 7 systems for the time being or run them in a virtual machine.

Overall, Windows 10 should be a big leap forward for Windows 8.1 users and Windows 7 holdouts. XP users are urged to move on and purchase new systems unless there are compelling economic and compatibility issues at hand. Under the hood, Windows 10 is faster and has much more to offer. It’s not as visually compelling as Windows 7 but it shouldn’t hold users back. There’s no need to fear tiles since they’re supposed to be walked on. With biometric security, Bitlocker encryption and constant updates, Windows 10 should be more secure.

With regards to my boss, I’m excited to click that icon of his but I need his explicit permission which he’ll only give when he sees Windows 10 in person and he’s also wary of that unlikely danger the upgrade could end up temporarily bricking or slabbing his Lenovo All-in-one.