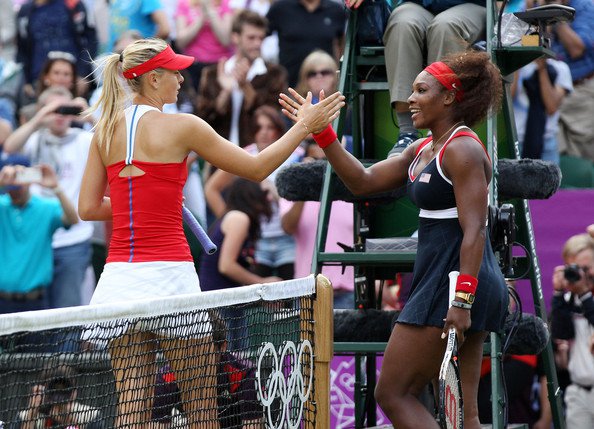 The opening tournaments of the 2016 season have started on the WTA Tour. Accordingly, many of the top talents expected to compete for the 2016 Australian Open women’s singles title have contested their first matches of the new season. However, as is the case with many Grand Slams, winning at Melbourne Park later this month may not just be about talent. A trio of the top picks to win the 2016 Aussie have revealed their bodies might not be up for the task.

The biggest injury news on the WTA circuit came out of Serena Williams’ camp on Wednesday at an event known as The Hopman Cup. Williams pulled out of her recent match citing an inflamed knee that does not appear to be all that serious.

According to Serena: “Unfortunately due to inflammation in my knee, I need to rest and am confident to be out there against Aussie Gold tomorrow evening.”

The comment references the World No. 1’s plans to contest a later match in the exhibition event. While those plans, if genuine, would suggest that she is not that hampered, any injury news for the favorite to win an approaching Grand Slam is certainly significant.

Interestingly enough, the second favorite to win the 2016 Australian Open is also currently injured. Maria Sharapova was the main headliner at WTA Brisbane, an event that is currently running. But Sharapova recently pulled out the event according to an article at the WTA’s homepage:

“I hurt my forearm in practice a couple of days ago and need to precautionarily withdraw with the Australian Open starting in just a matter of time. This is such a special event for me, especially being the defending champion. I look forward to seeing all my fans in Brisbane next year.”

Williams and Sharapova have both won the Australian Open in the past, the former many times, but if they are not up to par this season, one might think that Simona Halep might be a main beneficiary. After all, Halep has multiple deep runs in majors; she will be highly seeded in Melbourne Park, and currently, she is the fourth favorite. But, then again, the Romanian had bad news of her own for reporters in Brisbane:

“I had problems with my Achilles in August and September, and then I didn’t feel it anymore, but now I’ve already had a couple of weeks again with the pain. I thought I’d be ready to play here, to start the year here in Brisbane, but I don’t think that I can play a full match.”

With a question mark besides Halep’s name, Sharapova’s, and Williams’ the biggest favorite that is not apparently injured is Victoria Azarenka. The two-time Melbourne Park champion is in the Brisbane draw as well – and actually playing. She won her first-round match and was expected to play Halep in the second round before the Romanian withdrew.

Roberta Vinci, the runnerup at the 2015 Us Open is also playing in Brisbane. She’s into the quarterfinals already following victories over Dominika Cibulkova and Jelena Jankovic. Furthermore, there has been no bad news out of Garbine Muguruza’s camp as of yet while Belinda Bencic crushed Sara Errani 6-1, 6-2 in Brisbane’s first round.

Vinci, Benci, and Muguruza along with Petra Kvitova and Agnieszka Radwanska would have as good a shot as anyone of making the Australian Open final if players like Halep, Williams, and Sharapova are not able to put their best feet forward. The main draw for women’s singles starts on January 18th.