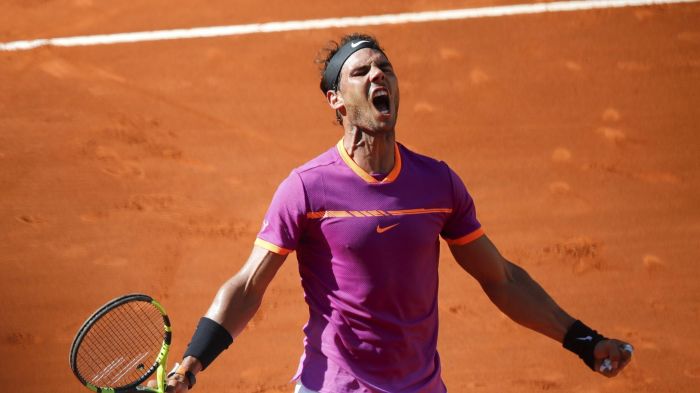 Rafael Nadal brought out his full force Rafi to win his fifth Madrid Title defeating Dominic Thiem 7-6 (8), 6-4 Sunday in the Madrid Open final to win his third straight title and continue his good form heading into the French Open. This marked his 30th Masters 1000 title in Madrid and proved to the doubters that his career is not over.

Nadal withstood a tough challenge from the ninth-ranked Thiem, converting on his fourth match point to earn his 15th straight victory on clay and tie Novak Djokovic‘s record of 30 career titles in Masters 1000 events.

The triumph at his home tournament gave Nadal his 72nd career title and 52nd on clay.

It was Nadal’s second straight win against the 23-year-old Austrian, coming two weeks after the Barcelona Open final when the fifth-ranked Spaniard cruised to victory in straight sets. 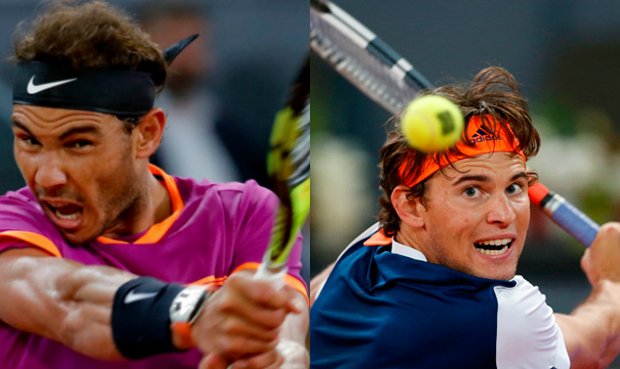 The Spaniard was as relentless as ever on Sunday, answering everything Dominic Thiem tossed at him during the Mutua Madrid Open final to overcome the Austrian 7-6(8), 6-4 in La Caja Mágica.

This season, Nadal improves to 15-0 on clay and has now won three consecutive titles, including two Masters 1000 crowns: Monte-Carlo Rolex Masters, Barcelona Open Banc Sabadell and the Mutua Madrid Open. The Spaniard has dropped only two of the 32 sets he’s played on the red dirt this year. 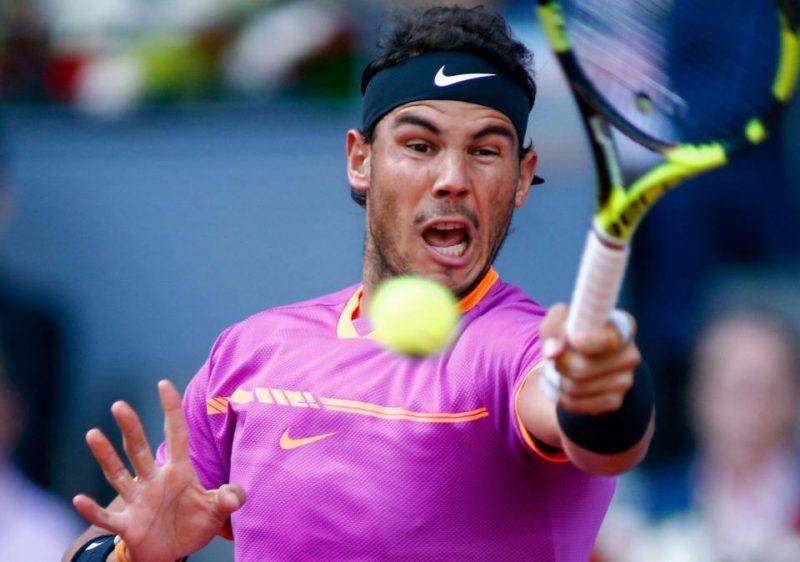 The left-hander hardly could have asked for a better week in Madrid. Nadal escaped the tricky Fabio Fognini before dismissing Nick Kyrgios and David Goffin in straight sets. In what was billed as a must-see semi-final against Djokovic, Nadal turned the tables on the Serbian, hitting him off the court to end a seven-match losing streak against the World No. 2. The Spaniard backed up the strong performance with another championship on Sunday.

The title, Nadal’s 71st on clay, also shows one more time just how dominant the “Big Four” – Nadal, Djokovic, Roger Federer and Andy Murray – have been during this golden age of tennis. The champions have claimed 60 of the past 65 Masters 1000 crowns, dating back to 2010 Monte-Carlo. 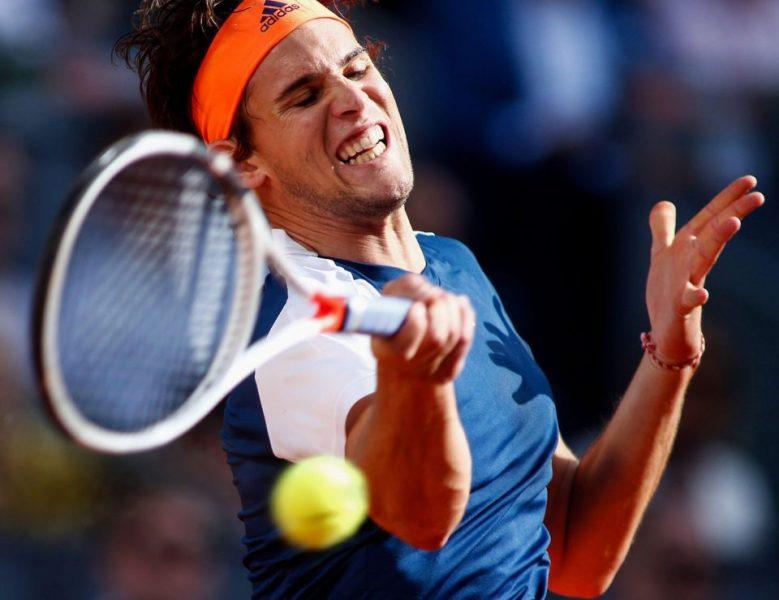 The 23-year-old Thiem was playing in his first Masters 1000 final, but the Austrian hardly looked intimidated against Nadal, who was backed by a friendly Spanish crowd. Thiem broke first for a 2-1 lead, blocking a backhand volley that Nadal couldn’t track down. The Austrian was dictating play from the middle of the court, blasting forehands to keep Nadal on the run.

But the Spaniard’s defense only elevated as he climbed his way back into the set, evening the first set at 3-3. Nadal found a more friendly back and forth – his forehand to Thiem’s one-handed backhand – and pinned Thiem in his backhand corner. And with the Austrian feet behind the baseline after consecutive backhands, Nadal would tap a drop shot winner inside the service box.

Neither player would break again in the first set, though. In the tie-break, Thiem continued to challenge the “King of Clay”, erasing set points four and five before Nadal claimed one of the best sets of the year when Thiem sailed a forehand long. Winners ended nearly half of the points in the 18-point tie-break.

The 30-year-old Nadal rode momentum to break in the first game of the second set, and Thiem fought to the end. He erased three match points before Nadal sliced a backhand volley for the title.