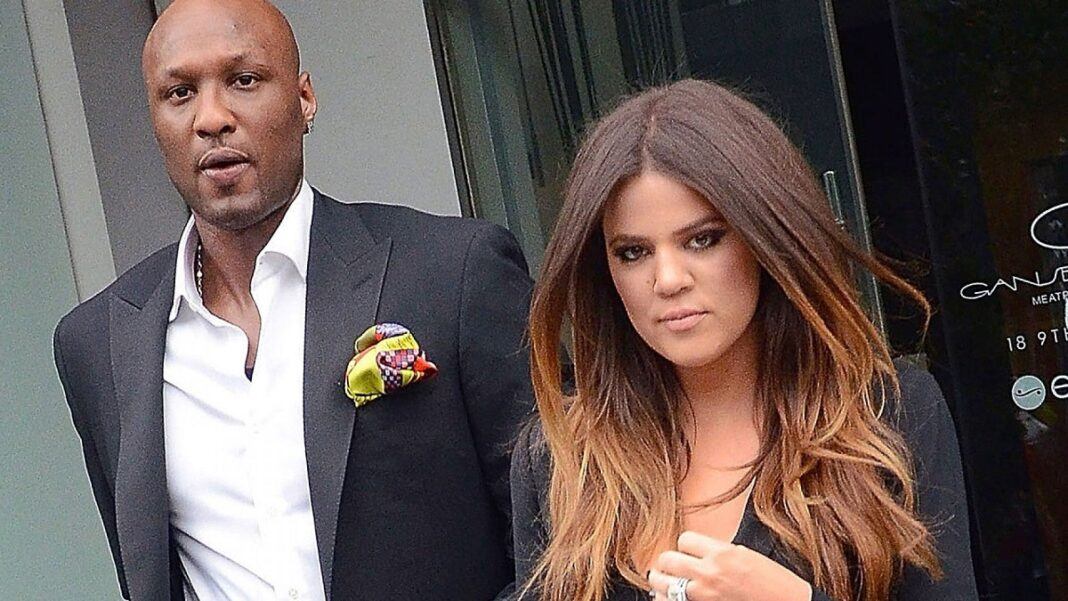 Oh Hump Day… always bringing us the good, good in what’s going on in the entertainment and gossip worlds. Khloe Kardashian is finally a single woman again, Minaj gets Swift-boated on Twitter, Chris Brown is stuck and Meek Mills calls out Drake.

This seems to be the week of divorces or the announcing of divorces. It has been a long battle and for whatever reason it has taken FOREVER, but as of this week, the long awaited ending of Khloe Kardashian and NBA player Lamar Odom has been finalized.

During the two-year delay of their divorce, we have watched them go from person to person AND go through situation after situation, but each of them, for the most part, seem to have come out okay.

I am sure that they are both glad that it is over, especially Khole. I have seen some of the terms of her prenup though, and let’s just say, the girl has it made (as if she didn’t already).

Also, congrats to her on her new talk show. Out of all the Kardashians, she is the one I can actually kinda “like.”

Nick Minaj and Taylor Swift Go at on Twitter

There is no doubt that Taylor and Nicki are two of the most influential women in the music industry, although if we are being honest, Taylor has more pull (in my opinion) than the rapper.

Well last night, after the announcing of the MTV Music Awards nominations, Nicki took to Twitter to express her disappointment in Anaconda not being nominated for music video of the year.

“If I was a different “kind” of artist, Anaconda would be nominated for best choreo and vid of the year as well… When the “other” girls drop a video that breaks records and impacts culture they get that nomination… If your video celebrates women with very slim bodies, you will be nominated for vid of the year… I’m not always confident. Just tired. Black women influence pop culture so much but are rarely rewarded for it.”

Taylor, obvisouly, felt a certain kind of way about Nicki’s rant because come on, she did pretty much describe her Bad Blood video. She responded wirh a series of tweets herself.

“@NICKIMINAJ I’ve done nothing but love & support you. It’s unlike you to pit women against each other. Maybe one of the men took your slot… @NICKIMINAJ If I win, please come up with me!! You’re invited to any stage I’m ever on.”

Their interaction was interesting to say the least. Nicki does bring up a good point and you can tell that it was coming from a place of frustration. It is clear that she feels Taylor should use her influence to help bring other women up but she doesn’t really owe that to anyone right? We all know how it goes. Nicki’s video was sexually charged and Taylor’s was not.

Many said the stars’ exchange showed a double standard: Swift was widely praised as brave for speaking up about problems in the music industry last month — now Minaj was getting lashed for doing the same.

Nicki was making an important point, they argued: Not all women’s experiences are the same, but black women don’t often get taken as seriously.

For many users, Swift and Minaj’s interaction reflected an all-too-familiar dynamic: A black woman makes a point, and a white woman tells her to simmer down or hijacks the conversation in the name of feminism.

“A black woman speaks up on racial problems within the music industry. A white woman makes it completely about herself,” said user XLNB.

There so many things going on here that makes this whole thing even more complicated.

Chris Brown Stuck in the Philippines, Needs Permission to Leave

It seems like a fucking story line from a movie but this is apparently really happening to Chris Brown right now. The singer is barred from leaving Manila, Philippines because of a contract dispute stemming from last year. As he tried to make his way over to Hong Kong this morning, the Philippine Department of Justice received an order Tuesday night to stop him from leaving the country, which they did.

This is all kinds of cray, cray and has something to do with him canceling a 2014 New Year’s Eve show causing the venue to incur costs that Brown has yet to pay back. The order is to get him and his promoter John Michael Pio Roda, who are both the subject of an immigration lookout bulletin, to cough up the cash.

This is all really unbelievable to me. I mean damn, you can’t leave a country because you owe them money. Now that’s some hard core shit on Manila’s part.

I hope everything works out for Chris who has not had the best of luck these past few months.

Meek Mill Calls out Drake for Not Writing His Own Rhymes

Well, well, well, do we have a love triangle going on here? Drake has made it clear that he would love to be with Nicki, which can’t be done because she is with Meek. So have the two male rappers been going at it behind the scenes?

Whatever is going out side the public eye, it has just spilled over as the Meek called out Drake for not writing his own raps.

It all stems from hiim finding out that a verse Drake recorded for one of the song’s on his new album was written by someone else. In his rant on Twitter he told fans,

“Stop comparing drake to me too…. He don’t write his own raps! That’s why he ain’t tweet my album because we found out! He ain’t even write that verse on my album and if I woulda knew I woulda took it off my album….. I don’t trick my fans! Lol”

Well damn Meek, now why’d you have to go and do that now huh?

There’s a lot of speculation about why Meek has turned on the rapper, who’s always shown him love and I would bet money it may have something to do with Drake’s very close “relationship” with Nicki Minaj.