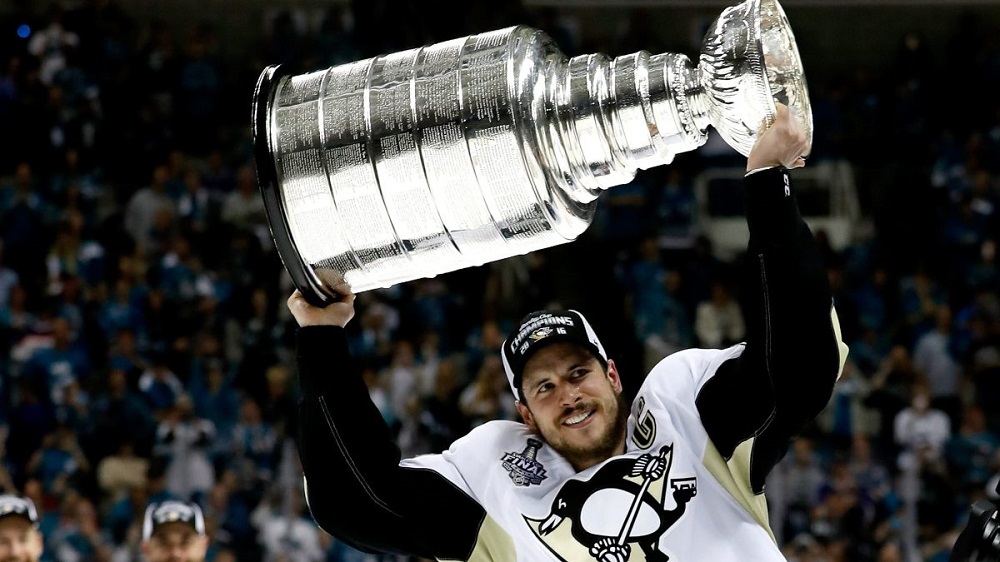 The 2017 Stanley Cup playoffs will start on Wednesday as some of the sixteen teams that have survived the NHL’s grueling regular season will begin play that night. This year’s post-season in the NHL is missing some familiar faces as both the Detroit Red Wings and the Los Angeles Kings failed to make the playoffs. However, the Edmonton Oilers and the Columbus Blue Jackets are in, the Oilers for the first time since 2006 and Columbus for just the third time in franchise history. Furthermore, the NHL playoffs certainly have a new look compared to last season as no less than five Canadian teams have qualified. Fans will remember that in 2016 the Canadian-based franchises were entirely shut out.

As food for thought, I’ll open my preview and predictions for the 2017 NHL playoffs by taking a look at the betting odds with bet365 to win the Stanley Cup outright this season. The top team listed is the first favorite and it moves down from there. If you don’t understand betting odds, basically Boston, Nashville, and Toronto are the longest longshots. Their odds suggest that if they hypothetically played out the playoffs 29 times, each team would only win once.

It’s often difficult to look passed the favorites at first when trying to predict who will make the finals of a sporting event. The Caps are certainly not heavy favorites heading into the playoffs, but to me, they do feel like a different team than in previous years. Braden Holtby recently called “the NHL’s most consistent goaltender,” is having a career season and Nicklas Backstrom is the team’s leading scorer, something that could change the team dynamics for the better (quote from Peter Hassett, April 4th/RussianMachineNeverBreaks.com). I’ve already stated that I think the Caps will make the Stanley Cup Finals and won’t go into details again. However, when it comes to the 2nd favorites, the Chicago Blackhawks, I’m not so confident in them at this point.

Corey Crawford didn’t exactly have a great season for the Blackhawks. His save percentage of .918 isn’t distinguished and, among goaltenders that appeared in at least 30 games, he finished 13th from that point of view. Scott Darling, Crawford’s backup, is one netminder that posted a better save percentage. His .924 mark is 5th best among goalies that have played in at least 30 games this season. Crawford’s goals-against average, at 2.55 on the season, was a personal worst since becoming an everyday goalie back in 2010/11. Many in the Chicago franchise might have a bit of tunnel vision when it comes to giving Crawford the playoff starts, but if there are any troubles between the pipes, don’t be surprised if Darling gets the nod at some point. For a prediction, I don’t think that Chicago will win their conference’s title although I’m definitely putting them into the 2nd round.

I’m not so sure that the Pittsburgh Penguins will make the second round. The defending Stanley Cup champions will bump into the best goaltender from a statistical point of view to open the playoffs. With so much precedent in the NHL playoffs for a hot goalie shutting the door, Columbus simply can’t be ignored in the post-season.

Sergei Bobrovsky of the Blue Jackets had 41 wins on the season, a goals-against average of 2.06 (best for goalies with min. 50 appearances), and the best save percentage of .931. Losing Kris Letang (neck injury) could really burn the Pens this year. He was their best points-per-game defenseman this season at 0.83 per, and he was a big part of both Cup runs in the franchise’s recent history. If you are filling out brackets, then I think you put Columbus into the 2nd round and bank on Bobrovsky shutting the door over Pittsburgh.

In the Atlantic-Division section of the draw, there isn’t really a team that you can count out. Montreal and New York are the beasts, but they have to play one another. All I have to say is that I think the winner of the Montreal/New York series is the one that goes forward to the conference finals. In short, I have much more confidence in the teams in that series than the ones in the Ottawa/Boston series.

In the Pacific Division section, it’s Alberta-based teams versus California-based teams to open the playoffs. We are in an era of Canadian-based teams slumping in North American sports with trends that are actually shocking when you look at them (no championship in NHL, MLB, or NBA since the Joe Carter homerun). I think the Edmonton Oilers are the best team in that section of the draw, but there’s inexperience when it comes to almost everyone. Long-time Oilers are in their first playoffs due to the franchise’s inept management over the years. Meanwhile, their young Art Ross Trophy winner, Connor McDavid, is in his first playoffs due to his youth. However, I don’t think the inexperience will matter for McDavid and that he will perform up to his standard in the playoffs.

The Oilers also have some strong points in coaching/management. Todd McLellan, the coach of the Oilers, made a couple conference finals with the San Jose Sharks. Furthermore, Peter Chiarelli has a Stanley Cup as a GM. McDavid, Leon Draisaitl, McLellan, and Chiarelli are a good mix of talent for Edmonton. Goaltending is a question mark and certainly, the Oilers have no backup plan should Cam Talbot need to miss some time. But I do I think the Oilers get passed San Jose. With some draw luck, Edmonton could face Calgary. However, an Anaheim series could be a stop sign for the Oilers.

For an eventual champion, I do think that the Capitals are the team. I see them beating Toronto in 6 or less, beating Columbus in a close series, and then beating either Montreal or the Rangers. I think making the Cup finals alone gets Alex Ovechkin and all over the hump and that they would then take it home with Nicklas Backstrom or Braden Holtby winning the Conn Smythe.

Predictions Summary: Capitals win it all, Chicago beats Nashville but falls in the second round or conference finals, Columbus beats Pittsburgh, neither Boston nor Ottawa make the conference finals, and the Edmonton Oilers beat the San Jose Sharks.