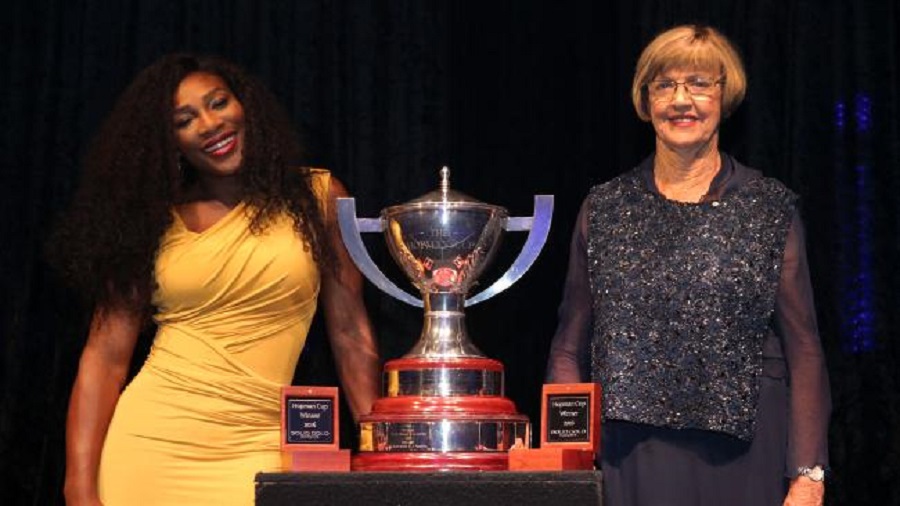 When it comes to the all-time great debates, one of the challenges with figuring out the best players in any sport is that sports themselves change over time. Those changes can lead to one player’s stats from one era appearing to be superior to the best player from another. Babe Ruth, for example, might seem like the best player ever, but what would his career averages look like if Major League Baseball hadn’t discriminated against black people during Ruth’s career? It stands to reason that he would have been facing more quality pitchers more often and that there would have been more quality hitters competing with his totals as well. If you can understand that, I think you’ll understand why I don’t like what Margaret Court had to say about Serena Williams in late 2016. After all, tennis has changed enough since Court’s playing career as to render her career totals incompatible with modern achievements.

For those that don’t know, Margaret Court, who played under Margaret Smith, is the all-time leader in Grand Slam singles titles. She won 24 Grand Slam titles, two more than Serena’s current total, with a breakdown of 11 Australian Opens, 5 French Opens, 3 Wimbledons, and 5 US Opens. This is what Court had to say about her ‘record’ and Serena’s total of 22 Grand Slam titles.

“(Serena) needs to win another three to pass me and you know that it’s not easy,” she said (qtd. at Tennis World). “It surprises me that she plays a very few events outside the Slams.”

Court played professional tennis in the 1960s. The Grand Slam tournament formats were way different and weren’t actually consistent throughout Court’s career. For example, at the 1960 Australian Open only 32 players were admitted into the event. With two less rounds than modern days, the war of attrition simply wasn’t the same. That is a big deal in my books, because it actually explains why Serena might only play “a very few events outside the Slams.” Nowadays the Slams are more enduring, and that can definitely lead to increased recovery time needed for all players that make deep runs.

Also, Margaret Court played in an era where she received byes in majors. I’m not going to pick over all the Slams, but she was awarded a first-round bye in a lot of the draws in the early 60s. The free pass helps a lot and, in contrast, Williams has never received a bye in a major. 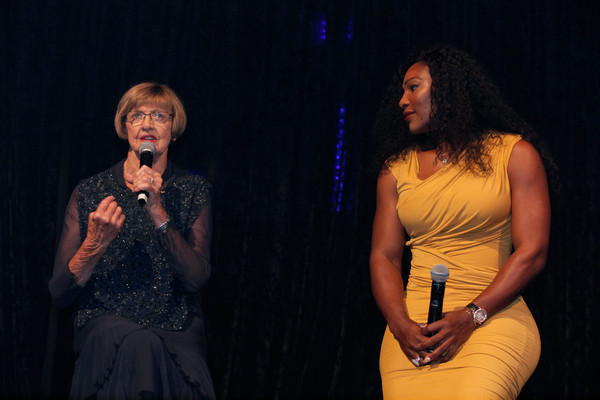 Another thing about Court’s career is that she played in an era, like Babe Ruth, where her sport just wasn’t as competitive as it is today. That’s not to say that the Aussie discriminated racially, but like baseball during Ruth’s day competing wasn’t open to everyone good enough to get in the field. Back in the 60s winning the Australian Open was little more than winning the Australian national championship. At the 1961 Aussie, for example, Court received a first-round bye in a tournament that featured 44 players. When I look through the archives all but one player has “AUS” beside her name, the abbreviation for Australia. With no other nationalities in the tournament, save one player from Great Britain, how could a Grand Slam title at the event be considered anything remotely close to a Grand Slam title today in terms of prestige?

The other Grand Slams back then had byes in them too sometimes. However, they were much more open to international players than the Aussie. I don’t know why the Aussie was relatively closed and I don’t care, because it doesn’t matter. The point is can you imagine how many US Opens Serena Williams would have if the US Open was only open to 44 American players and if she got a first round bye. I think she wins a lot more than the 7 she’s got, and you can throw out all these losses:

Serena has some losses at Flushing Meadows to Americans like Venus, Lindsay Davenport, and Jennifer Capriati so those would still be valid. But I really don’t know what Court is thinking when she acts like Serena is chasing her.

“(Serena) needs to win another three to pass me and you know that it’s not easy,” Court said. I guess beating someone’s record on an unlevel playing field certainly is not easy. How to adjust Court’s total Slams to something fair isn’t easy either, but for sure they can’t be taken at face value and compared to modern times.