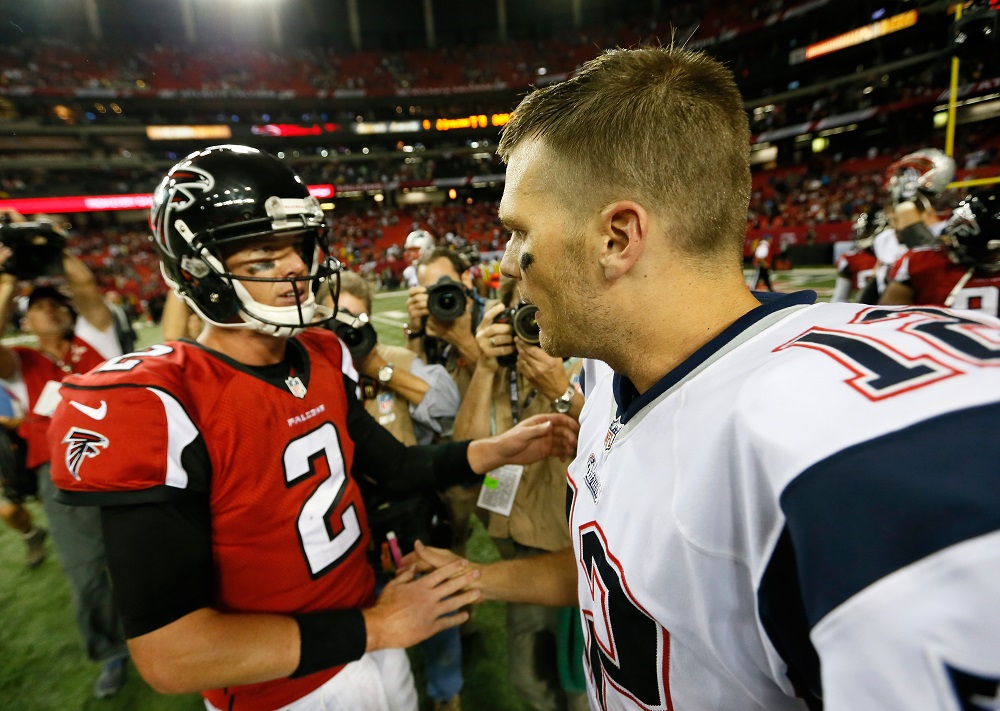 You are not in the midst of a nightmare. The NFL regular season really did just wrap up.

You can say goodbye to that smorgasbord of games each weekend. Remember how you railed against those horrific Thursday Night games?

I bet you’ll be begging for the Jags and Browns in about 7 weeks!

The good news is that something better than the regular season is coming.

Yes, I’m talking about PLAYOFFS, in my Jim Mora voice.

The postseason certainly won’t last long, but the excitement will be cranked up each week. Before we get to the so-called tournament, we have one more week of winners and losers to dissect.

Let’s get after it. 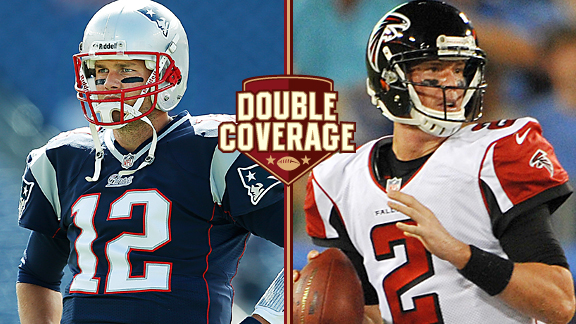 NFL Grown Men of the Week: Whether the MVP Trophy goes to Tom Brady or Matt Ryan, you’ll not hear a complaint from this Falcon fan. Both guys are deserving. Brady has been on a mission since returning from his idiotic DeflateGate suspension. He now sits atop the record books for TD to INT ratio for a season. Incredibly, Brady is also at #3 on that list as well.

As for Matt Ryan, he has competed in all 16 games, which may be enough to nudge ahead of Brady to get the title of Most Valuable Player in 2016. It would be the first time an Atlanta Falcons player will have received the award. Ryan was in MVP form versus the Saints as he put on a passing clinic in the first half.

I get that some will vote for the Cowboys’ Ezekiel Elliott. But a rookie as MVP? I can’t condone such actions. I doubt Zeke will be upset. This is a QB driven league, and if he doesn’t know, he will learn quickly.

Loser: 99.1 percent of daily fantasy players who had never heard of this Bengals running back before he tore it up versus Baltimore for 119 yards along with two touchdowns. Rex Burkhead. The last week of the season is a nightmare for fantasy players just trying to figure out who will get on the field.

Winner: Sam Bradford gave Minnesota something to think about in the offseason. He tossed three TD passes in the 38-10 drubbing of the Bears. Bradford has not been a bad replacement for the injured Teddy Bridgewater and could compete for the starting job next year. Bradford certainly wasn’t an exciting choice at QB but was steady. Those who think Bridgewater was gonna light it up this year may be correct. But that may be wishful thinking, along with an easy excuse for the season falling apart.

Loser: The Bills look to be a mess as the offseason begins. Firing Rex Ryan isn’t a cure all. The idiocy of leaving Tyrod Taylor out of a franchise created highlight package for the year speaks to the instability at the top of this once proud organization. Somebody save Shady McCoy! 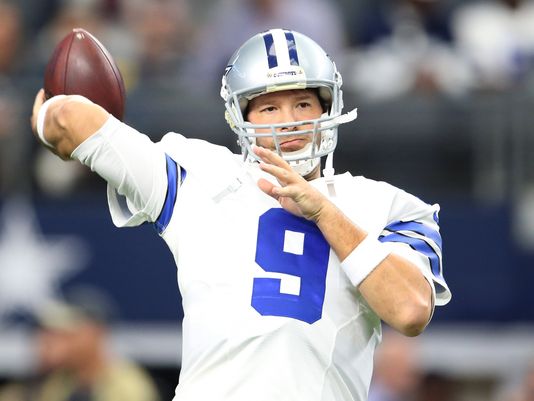 Winner: Tony Romo got to show off his skills versus Philly in a meaningless game for the Boys. He ended his lone drive with a perfect pass to Terrance Williams that let everyone know he’s not dead yet. The entire sideline made sure to show their former QB1 some love. However, I get the feeling Romo felt that to be somewhat based on pity. Not a good feeling for anyone, especially someone who had so much success at his position.

Loser: Can we expect to see the same kind of effort from Miami when they suit up for their wildcard game next week? Probably. Maybe they can keep it within 14 points, something they failed to do versus New England. 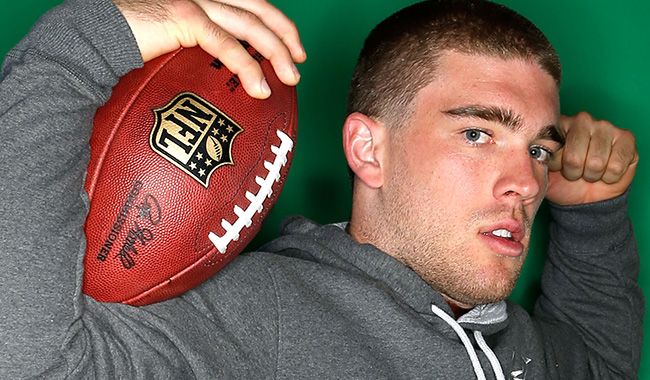 Winner: Zach Ertz turned in a monster day against Dallas. He is the safety net of rookie quarterback Carson Wentz and could make a lot of money based on that fact. The duo could make each other lots of money actually. Ertz raked in 13 catches for 139 yards and two TDs. 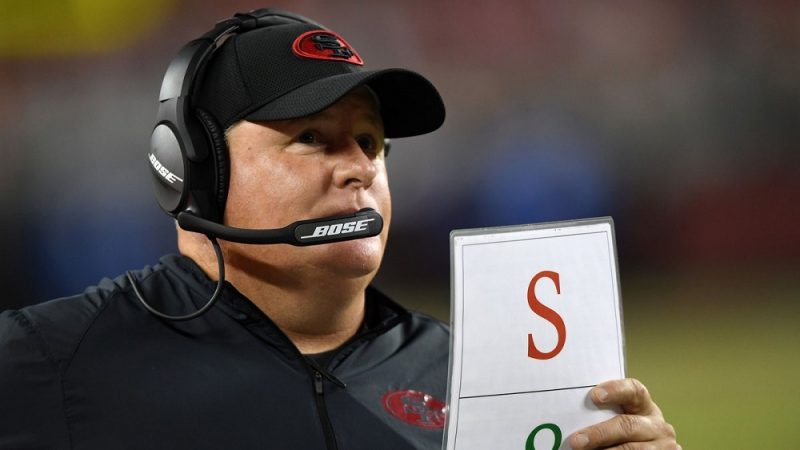 Loser: Chip Kelly only lasted a season in San Francisco. So what’s his next move? Sit out a year and wait for the right college job, or try to get another interview in the League, where he clearly is in over his head?

Winner: Tyreek Hill could actually be the difference when it comes to the same old Chiefs who get unceremoniously bounced from the postseason each year. Hill continues to find the endzone each week. Something K.C. teams of the past have struggled with in the playoffs.

Loser: The Seattle Seahawks won but are losers. There, I said it. This is not your time traveling self’s team of three years ago. They should have lost to the Vikings in last year’s playoffs (idiot kicker for Vikes). And no one in the NFC is scared to play the Hawks anymore. If you can score 16 points, you can beat this once great unit. It remains to be seen if Detroit can manage 16 in Seattle though.

Winner: Arizona had a rough year, but went out on a high note. They made a mockery of the L.A. offense. Something that every other team found to be an easy task all season long. 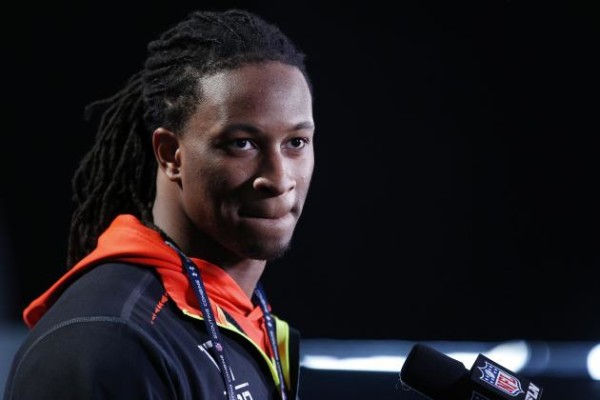 Loser: Todd Gurley should think about an early retirement if he has any other skill set. He is the only capable offensive player on the Rams, period. And he can’t get anything going because of that fact. Oh, and his terrible offensive line isn’t helping matters.

Winner: I’m telling you….the Giants defense is one bad group of mofos. They strangled the offense out of Cousins and company in a game that didn’t matter at all to the playoff picture for N.Y.

Loser: Oakland should forfeit the playoff game they waited so long for. Without Derek Carr this is a doomed team. Denver is not good and still hammered the Raiders 24-6 on the final regular-season Sunday of the 2016 season. 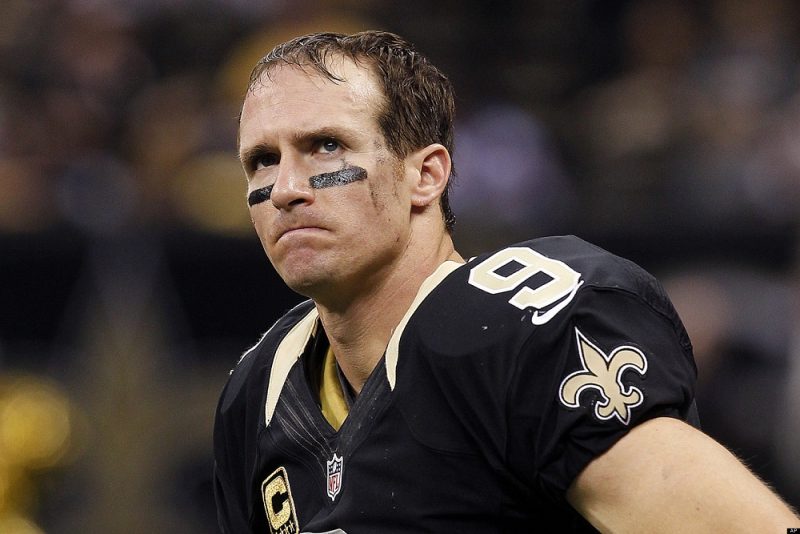 Winner: Garbage time stats and fantasy degenerates who had Drew Brees and his receiving corp versus ATL. People who saw the final score and think this game got close at the end are mistaken. The Falcons controlled this game from the jump and only left room for New Orleans to run out the clock with a loose defense. But, if Brees helped you win some DFS dollars, good for you…..was for me.

Loser: It must suck to be in the same division with Aaron Rodgers. Maybe the League could help the Vikings, Lions, and Bears out next year and bar the Pack from having a head coach. Wait that would probably make Rodgers even deadlier. 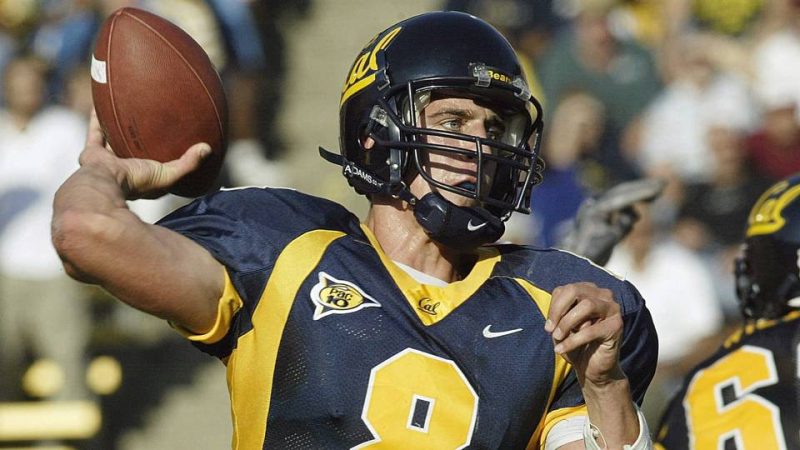 Winner: Aaron Rodgers is on fire. I don’t know if he can keep this 6-game win streak going much longer, but I don’t want any part of the Pack for my Falcons.