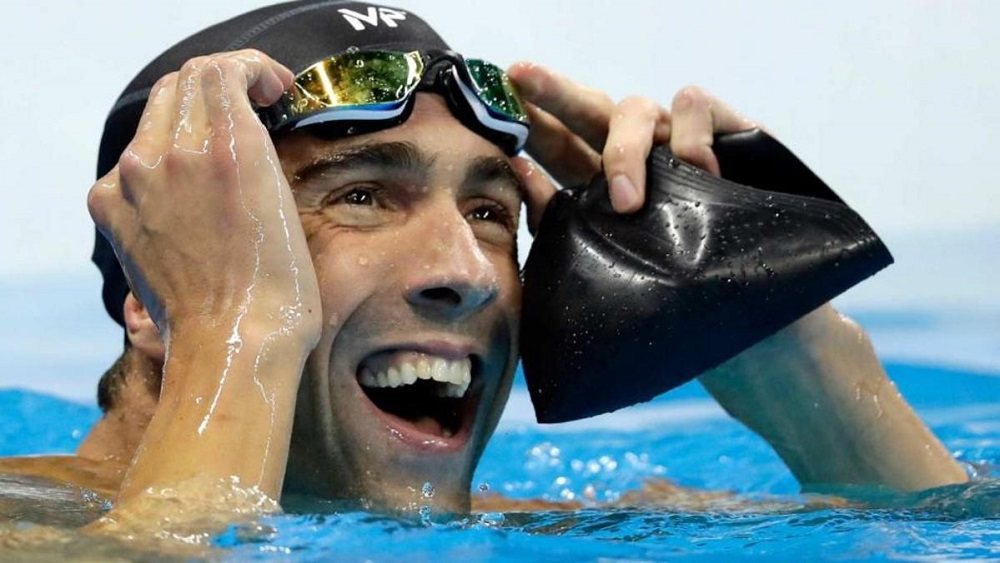 Michael Phelps said it before at the London Games that he was retiring, but this time, Phelps and longtime coach Bob Bowman have agreed that this is his final Olympics performance. What a way to go out with twenty-three gold medals while making history and then breaking that history.

Boomer Phelps is not old enough to remember what he’s witnessed here this week. He’ll have to listen to stories of his father’s legendary swimming. He’ll have to watch videos of the five gold medals and one silver he earned at these Olympics, at age 31, in front of skeptics who had believed even greatness has its limits.

Three-month-old Boomer will eventually see the medals — all 23 shiny gold ones of 28 total — and understand. And, if he’s lucky, he’ll get to bring one to school.

“I’ll probably let him take one for show and tell,” said Michael Phelps after winning his 23rd and final gold medal as part of the U.S. men’s medley relay Saturday night. “I might have to go with him and take every step with him when he goes to share it. …

“The other night when he was on FaceTime, he was crying as soon as I called. I started moving the medal around, and his eyes just locked right on it. He’s already eyeing them.”

Phelps chuckled. This is the life he is looking forward to, the time spent with his family, the moments he’ll spend raising his son. It’s the first time in five Olympics that he’s got something this meaningful on the horizon. 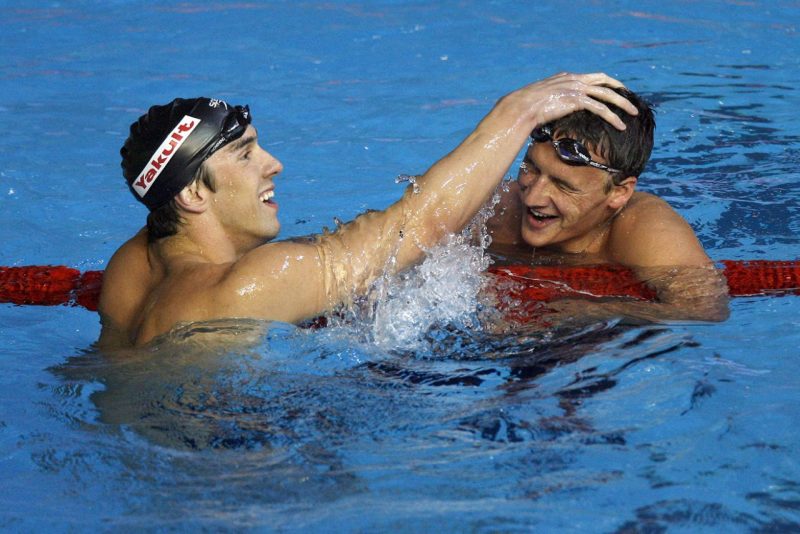 “This is special because I’m just able to start the next chapter of my life,” Phelps said. “I’m retiring, but I’m not done done with swimming. This is just the start of something new.”

Four years ago, when Phelps said he was retiring the first time, Phelps wasn’t. He was counting down the days of the Olympic Games until he could go home. Swimming felt like a chore.

“I think he did (need swimming),” Bowman said of 2012. “Now, he wanted to wrap it up knowing he gave it everything. He prepared well. He did it the right way, and he loves it.”

Entering these Games, Bowman was optimistic about his pupil’s chances to medal. He’d seen a focus in Phelps throughout training camp that led him to believe it could be a special meet. But he still couldn’t have imagined such a golden medal haul. He thought maybe one or two gold medals, at most. 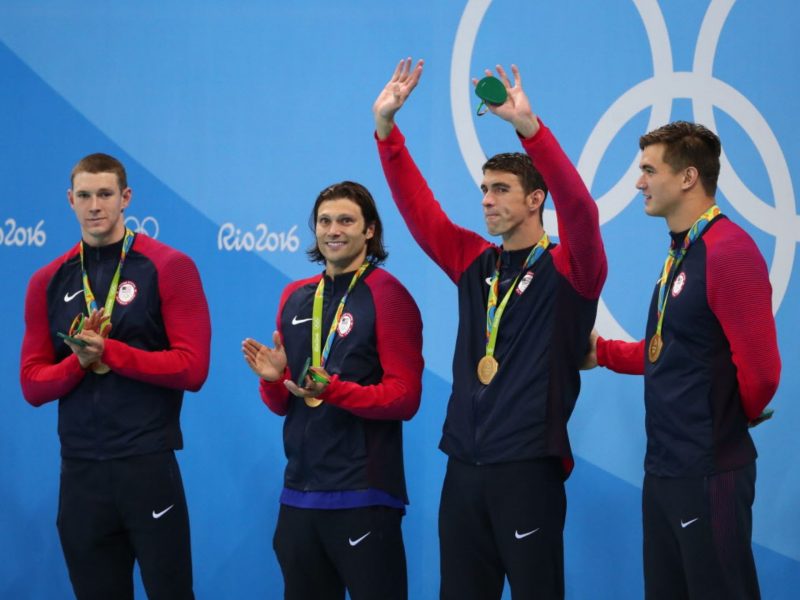 Not five, including revenge in the 200 fly and a two-second victory over a star-studded field in the 200 IM.

“It was the cherry on top of the cake that I wanted,” Phelps said. “I couldn’t be happier with how things ended.”

Yes, this is the way Phelps wanted to go out — not dreading the pool and counting the hours until the end. And atop the podium.

By the time he walked out onto the pool deck Saturday night to swim the third leg of the medley relay, Phelps had become choked up. His coach was, too, so he stood back to avoid his tears becoming contagious.

Phelps’s medley relay partners couldn’t help it, though. The moment called for a splash of sentimentality, even with a race on the line. As they huddled up prior to the race to go over strategy, they felt the magnitude of the moment, and the weight of what they knew they had to do to help Phelps get his perfect ending.

“It’s not the most appropriate time to tell Michael it’s been an honor — that’s for the post-race huddle,” freestyler Nathan Adrian said, grinning. “But that might have been thrown out there.”

Ryan Murphy’s leadoff leg began with a world-record swim in the 100 backstroke. Breaststroker Cody Miller followed, eventually ceding a bit of ground to Britain’s phenomenal Adam Peaty. Phelps dove in, trailing by 0.61 seconds. By the time he touched the wall at the end of his leg, the Americans led by 0.41 seconds. Adrian cruised through his final 100 to secure gold.

Afterward, the tears came and Phelps’ eyes glistened, first as he embraced his teammates and raised his arms and later as the national anthem played for him — and his accomplishments — one last time.

“This all started and began with one little dream as a kid, to try to change the sport of swimming and do something no one else has ever done — and it turned out pretty cool,” Phelps said. “I’ve lived a dream come true.”