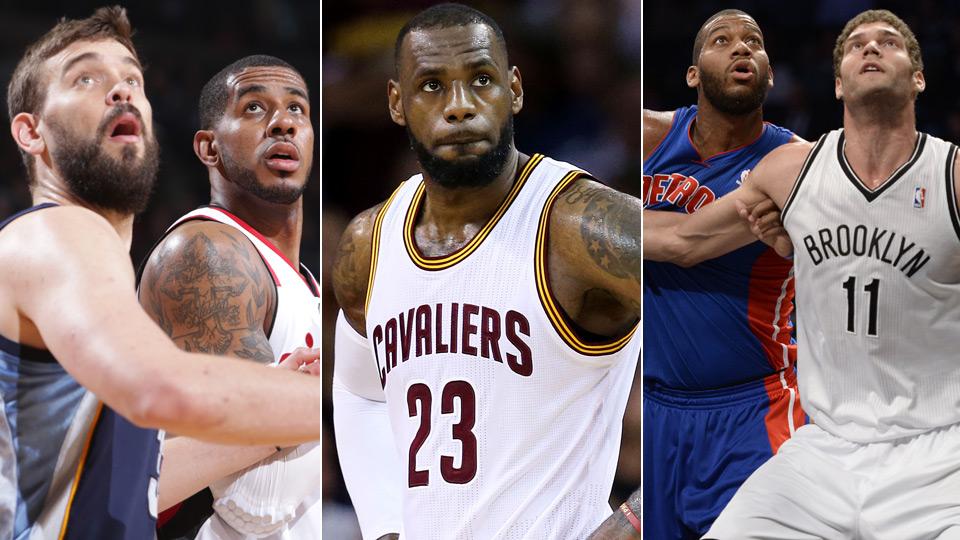 Every year, NBA fans have an opinion on who’s the greatest to be signed, but many times when that ‘greatest’ doesn’t perform so well on the court, suddenly those opinions change. The same goes with offseason signings where it becomes a free for all of couch critics, intense fans, and a true numbers game, especially by players agents wanting to get the most bang for their clients bucks.

Below, you can see a full breakdown that our friends at PointAfter did which looked at stats from the first two-plus months of the 2015-16 season to determine the best and worst signings from last summer.

Of course, none the parties involved can know with 100% certainty whether a signing is good or bad in the moment. Sometimes a team inks a player at a perceived bargain only to discover later that the deal was unfavorable. By contrast, critics overreact to lucrative contracts only to eat their words later on.

When Jackson inked his lucrative $80 million deal to remain in Detroit, many pundits (myself included) labeled it an overpay. Sure, the young combo guard surged in a 27-game sample size with the Pistons after being traded from the Oklahoma City Thunder, but was his performance truly sustainable?

As it turns out, the answer to that question is a resounding yes. The 25-year-old continues to thrive in Detroit as the starting point guard — an important distinction to make, as Jackson played 42% of his minutes off the ball at shooting guard with OKC a season ago, according to Basketball Reference.

Jackson is now the de facto floor general. All of his minutes this season have been played at the point and his usage rate has jolted up to 29.5% from 22.1% when he was with OKC in 2014-15. His assists are down from his 27-game tryout under Stan Van Gundy a year ago, but he’s scoring more points as well as converting (and attempting) more three-pointers — 35.7% this season compared to 33.7% last season with Detroit.

And while Jackson isn’t dishing out as many assists, he’s averaging slightly more steals and fewer turnovers (3.0 versus 3.5).

Even those who were generous enough to give Jackson’s hefty new contract the benefit of the doubt likely expected some regression. Instead, the Boston College product has become a top-10 point guard by PER.

That’s justified Jackson’s new deal in the early going. He’s truly come into his own as an All-Star-caliber talent.

Unlike Jackson’s deal, which had many fans scratching their heads, the contract Crowder inked with Boston flew under the radar and garnered appreciative nods. Approximately $7 million per season for a young guy who hustles, plays solid defense and knocks down the occasional three-pointer? Of course, that sounds completely reasonable.

Still, the Crowder deal has shifted from bargain to highway robbery for the Celtics. He’s started all 38 games for head coach Brad Stevens, and he’s averaging a career-high 32.3 minutes. It should come as no surprise then that Crowder is also averaging career bests of 14.1 points, 5.2 rebounds, 1.8 assists and 1.8 steals per game — the latter stat ranks him No. 12 in the entire NBA.

More minutes leads to a higher volume of stats. But Crowder’s efficiency from the field in his minutes is what truly stands out.

Boston has been a much better team offensively this season when Crowder is on the court. As he continues to develop and build confidence, that inexpensive salary is only going to look even better for the Celts.

Golden State’s Swiss Army knife re-signed after the Dubs’ championship season to the tune of $82 million over five years. That’s a lot of greenbacks for Green, and yet, the forward was most definitely underpaid.

The $82 million figure is actually about $8 million less than the maximum contract he could have earned. Why has he retroactively earned a true max? Well, for starters, Green leads the league with eight triple-doubles. That mark doubles the output of the second-place player in the category: Rajon Rondo.

But in addition to racking up points, rebounds and assists as the team’s glue guy — actually, “glue guy” is an insult to a guy like Green, so maybe “Gorilla Glue guy” is more apt — Green is proving his value by more advanced metrics.

It’s absurd that Green fell to the second round of the 2012 draft. He was taken after guys like Austin Rivers, Kendall Marshall, Fab Melo, Arnett Moultrie and Marquis Teague. Fast forward to 2016, and there’s clout to the argument that he’s a top-10 player in the league.

Casspi is quietly putting together a masterfully efficient season for Sacramento. In addition to scoring a career-high 12.8 points per game, he’s shooting 51.5% from the field and a white-hot 47.7% from beyond the arc.

Early in his career as a backup center for the Chicago Bulls, and eventually as the full-time starter for one year with the Houston Rockets, Asik established himself as a valuable NBA center. While his offensive repertoire remained limited (read: nonexistent), the Turkish big man was among the elite in terms of protecting the rim by going straight up without fouling. He was also extremely durable, playing in all 230 regular season games through his first three seasons.

But having noted Asik’s positives, agreeing to a $58 million deal with the seven-footer (on top of $20 million paid to similarly-skilled big man Alexis Ajinca) was incredibly ill-conceived on the part of the Pelicans’ brass. Even with the caveat that only $44 million is guaranteed, this deal remains a confounding blunder.

New Orleans had already signed Alvin Gentry as its new head coach prior to reaching a deal with Asik. Gentry’s most prosperous season as the lead man patrolling the sidelines came back in 2009-10 when he helped guide the Phoenix Suns to a 54-28 record before reaching the Western Conference Finals. That squad succeeded in large part due to its lineups featuring Amar’e Stoudemire and Channing Frye — two big men who could stretch the floor with respectable shooting range while simultaneously acting as deadly pick-and-roll or pick-and-pop partners.

Asik is light years away from that description, as he only attempts shots at the rim. And even then, his success rate is far below league average.

The Pelicans’ center doesn’t even make 50% of his attempts in the restricted area, and that’s just one piece of a concerning larger puzzle. Asik’s PER currently sits at a woeful 8.28. That mark ranks him No. 303 out of 331 qualified players. Not a good look for someone set to earn a minimum of $44 million.

While Singler’s $25 million deal looks modest (and it is), it was always rather curious why OKC opted to lock up the former Duke Blue Devil for five years. He’s already 27 years old and didn’t have a particularly good showing with the Thunder after coming over via trade from the Pistons. That didn’t hint toward greener pastures, but he netted a five-year commitment regardless.

Think Asik ranking No. 303 among qualified players in PER was rough? Well, Singler somehow manages to land below him. In fact, with an astoundingly low PER of 1.97, Singler ranks dead last.

The next-worst player by PER is Los Angeles Lakers rookie second-round pick, Anthony Brown, with a player efficiency rating nearly double that of Singler: 3.78. Brown is set to earn $700,000 this season, which is more than six times less than the guy Oklahoma City signed last summer.

Russell Westbrook and Kevin Durant continue to shoulder the load and win games, but there’s a reason why OKC’s front office catches so much flak.

At the time, Phoenix swooping in to sign Chandler while the Dallas Mavericks attempted to court free-agent prize DeAndre Jordan looked like a big win for the desert-based franchise. Not only were the Suns poised to add a former Defensive Player of the Year, but they’d also get the bonus of plugging in a veteran leader with a championship résumé.

Unfortunately, adding Chandler to the mix hasn’t panned out.

Incredibly, the Suns have actually been a worse defensive team with Chandler out on the court. Coupled with minor nagging injuries, that has the 7-foot-1 veteran playing 21.8 minutes per game — the fewest since his rookie year.

There doesn’t appear to be a silver lining here. Chandler is 33 years old and in his 15th professional season (remember, he was drafted out of high school as a 19-year-old back in 2001). He has a lot of miles on the odometer and simply hasn’t looked like the same defensive force.

With three additional years and approximately $40 million owed to him after this season, Suns fans have a right to be concerned for the future.

At 30, Gasol is three years younger than Chandler, but he also has a lot of international basketball miles on him. He’s shooting a career-worst 44.7% this season (33.7% so far in January) and just started the first year of an incredibly lucrative five-year deal. If this is the start of his decline, that’s grim news for Memphis.

Note: Data Dimes is a weekly column that will first appear on SI.com through PointAfter’s partnership with Sports Illustrated. All stats referenced in this article are accurate as of Jan. 13, 2016, prior to games played.