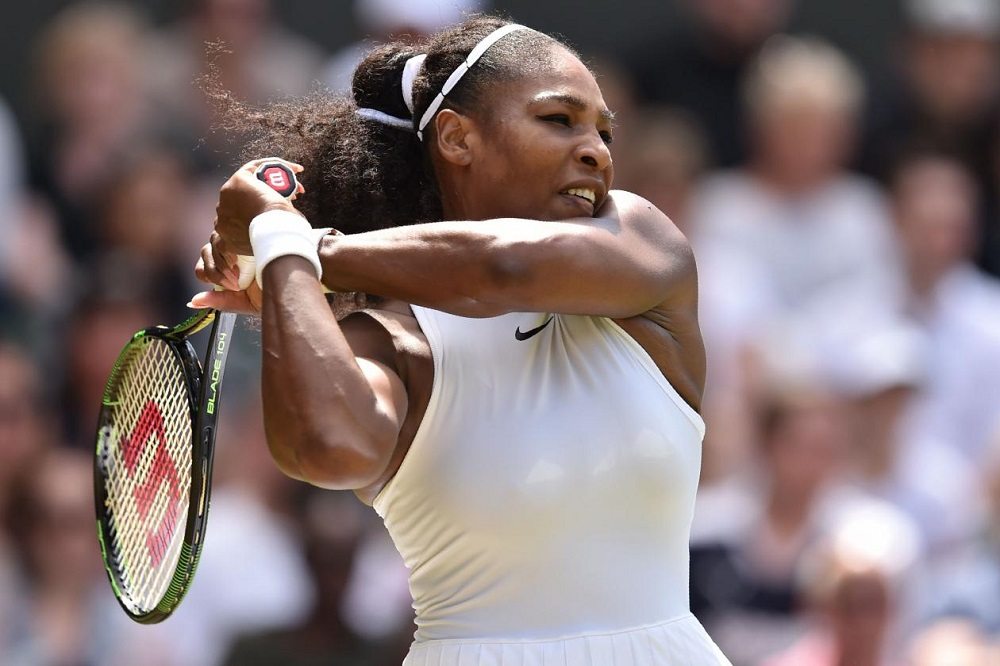 The women’s draw for Wimbledon 2016 is down to semifinalists with Serena Williams, Venus Williams, Elena Vesnina, and Angelique Kerber still alive in the draw. For match-ups, that’s Serena versus Vesnina and Venus versus Kerber making the possibility of an All-Williams final a very-real one at Wimbledon 2016.

Vesnina, heading into her Thursday match against Serena, certainly does not fit the bill as a serious spoiler. The Russian, who entered Wimbledon ranked 50th in the world, won only her first Grand Slam quarterfinal on Tuesday when she upset Dominika Cibulkova. Cibulkova DID look like a player that could upset Serena, so the result was certainly a good one for the World No. 1. In four previous matches against Serena, not only has Vesnina not won a set but the Russian has failed to extend the American to a tiebreaker.

It’s true that Serena has turned in some surprise losses over the last year. However, the players that have upset Serena in big matches in the last 12 months have all been players with Top-10 resumes. Roberta Vinci, Kerber, and Garbine Muguruza were all players who, despite lesser credentials, still had at least some significant late-round tournament experience to draw upon when facing Serena. Vesnina, who is 29 years old, has only ever won two titles on tour and, accordingly, a Grand Slam semifinal against Serena looks like an incredibly tall order for the Russian. The oddsmakers have weighed in on the match, making Serena a 1 to 14 favorite to advance to the final (i.e.,. 888Sport).

The serious spoiler for an All-Williams final is Kerber. Stuttgart aside, the German seemed to be on leave since winning the Aussie earlier this season. However, she claimed that she was ready for Wimbledon a couple of weeks ago, and she has certainly backed that up with a quarterfinal victory over Simona Halep. Kerber is also 3-2 against Williams so confidence in the match will not likely be a problem for the World No. 4.

Looking ahead to the final, Kerber and Serena would almost be a coin toss in my view, with the latter a small favorite. I think Serena would beat Venus in straight sets while either her or Kerber would beat Vesnina if the Russian should shock the world with a semifinal win.

For ranking implications, the World No. 1 ranking is actually at stake over the next few days. It has been a long time since Serena was in imminent danger of losing top spot on tour and it’s fair to say that it’s not likely to happen immediately following Wimbledon. However if Vesnina knocks Serena out and then Kerber wins the championship, the German would actually be No. 1 with Aussie Open and Wimbledon titles buoying her. In all events, she will be at least No. 2 on Monday with ample room for growth in the months ahead. The men’s quarters are up on Wednesday so look for the women’s semifinals on Thursday with the championship, weather permitting, to be played this weekend.