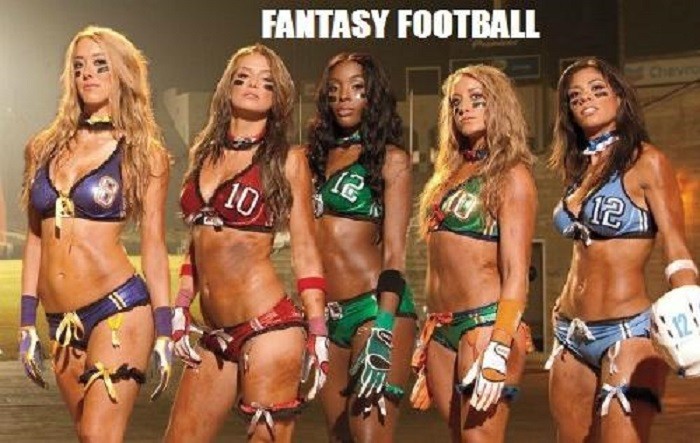 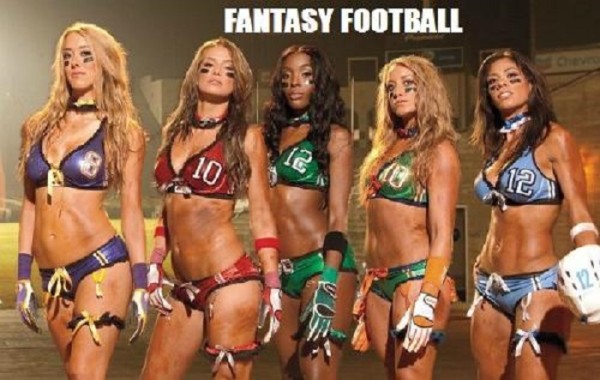 Well, it’s over folks. To quote Apollo Creed, “Ain’t gonna be no rematch.”

Daily fantasy football has kicked my ass after ten grueling weeks of me trying to show you exactly how not to do fantasy sports. I guess I can call this ten-week blueprint a success since you all should be able to learn plenty from what I did wrong.

While I didn’t exactly turn my $100 into $0. I did manage to lose more than I won while embarrassing myself during a couple of really bad weeks. I believe I also saw an uptick in my coffee and alcohol consumption during the past 70 days as well. Just add that to my expenditures during this exhausting trial run at DFS on DraftKings.

Maybe I can use that as a tax write off?

Overall I ended up down just $8.50 after betting $100 over the ten-week stretch. This was all on DraftKings.

Let’s see how I fared in week ten below. 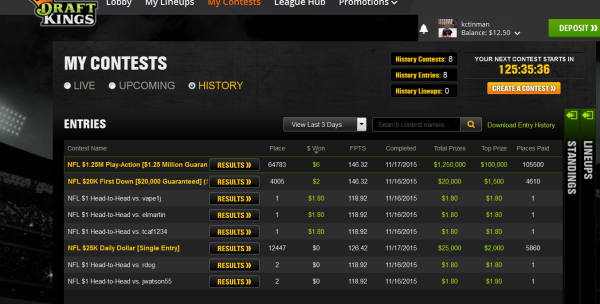 I won 3 / 5 head to heads and cashed in 2 / 3 GPPs. I profited $3.40 in week ten. I sought out fish in those head to heads and left the sharks to eat each other alive. I saw enough in week nine to know they are to be left alone.

Here’s my lineup that I used in each H2H match. 118 points wasn’t great, but it was good enough in the majority of these contests this week. Willie Snead laid an egg; Edelman broke his foot, and Gurley was a victim of game flow as his Rams got behind early.

My GPP lineup is below. 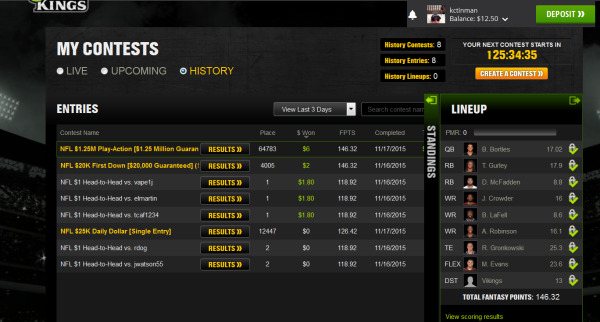 I noticed that my GPP point total was almost always higher than my H2H scores. I took more risks in the tourneys obviously, but maybe I should take more chances on players’ upside in H2Hs as well.

For any of you wondering if I will continue to play on DraftKings now that I’ve wrapped up the $100 to $0 blueprint, I will indeed. I plan on another documented test run on NBA daily fantasy action, but I may try that one on a different platform.

There’s talk of a Netflix documentary covering my DFS journey, but that may not happen until 2016. Talks are ongoing, and the project could even turn into a feature film I’m told.

I seriously did learn a lot about fantasy football. I don’t think I would have bought a “self-help” book on daily fantasy leagues if not for this little trial run. And I know I wouldn’t have paid out the $59 a month to a premium service to help me do better during the past few weeks.

I hope you benefited from watching me navigate the shark infested waters of DraftKings. Fantasy football is not easy and daily fantasy play is even harder as people are trying to make real money.

After my ten week run, I am not overconfident (why would I be), but I do feel like I can hang with most players that aren’t sharks in H2H matches. And I’ve done fine in GPP tournaments. Good enough to sorta break even and keep playing while hoping for a big payday.

To wrap up this fantasy football blueprint, I’ll leave you with the best tips I can give after ten weeks in the trenches. I don’t know it all, but who does when it comes to daily fantasy sports?