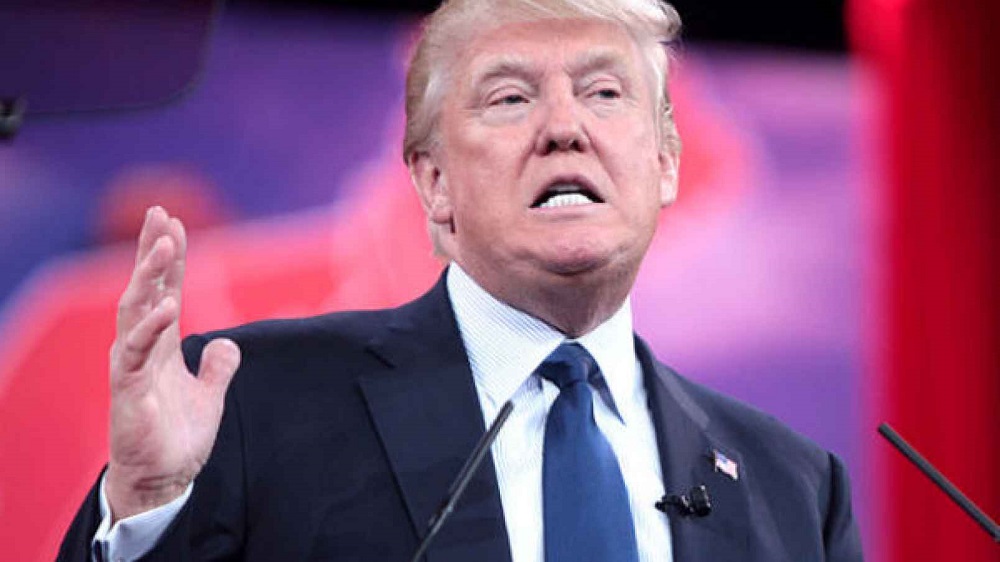 Donald Trump loves doing this on his own terms, so it should come as no surprise that the President-elect will expect voters just to trust him when it comes to not mixing his Trump business with White House business.

Yes, it seems like quite a stretch, but it’s looking like he’ll be doing a ‘take it or leave it’ approach rather than follow a time-honored tradition. History shows that it was more of an honor code thing for the President since no laws are in place for them to separate their business ties once they get into the the White House, but don’t expect the same with Trump.

Asked on TV earlier this year whether a President Donald Trump would ever mix politics with business, his eldest son, Donald Jr., said there was no risk of that. The son, an executive in his father’s company, insisted the two wouldn’t discuss the business if Dad ever got to the White House.

The American people may have little choice.

The tradition stretching back to Jimmy Carter in the late 1970s is for presidents to put personal holdings such as stocks into a “blind trust” run by an independent trustee with no ties to the occupant of the Oval Office. But as with so many other areas of politics, Trump looks ready to upend this time-honored practice.

Trump’s plans to hand control of his Trump Organization to three of his adult children and not a trustee cannot be considered a blind trust, said Kenneth Gross, head of political law at the firm Skadden, Arps, Slate, Meagher & Flom.

Even if the president-elect were to appoint a trustee with no family ties, that would probably not remove the potential for Trump to use his new power over policy to enrich himself. Liquidating Trump’s holdings would be difficult, and so he would always be aware of what assets he holds.

Voters have long worried about elected officials using their power to line their pockets – or those of business partners – and shape policies to advance their private interests. But rarely has an incoming president represented such potential for conflicts of interest.

No previous commander in chief has brought with him such a sprawling business empire with so much complexity, opaqueness and opportunity for self-dealing.

Trump owns golf clubs, office towers and other properties in several countries. He holds ownership stakes in more than 500 companies. He has struck licensing deals for use of his name on hotels and other buildings around the world and has been landing new business in even more countries – in the Middle East, India and South America.

Gross calls Trump’s holdings “unprecedented” in size and complexity for a president, a “tangled web” of potential conflicts that would be difficult to unravel.

As it turns out, Trump doesn’t even have to try.

Presidents are not required to set up blind trusts. In fact, they can even run a business from the White House, though Trump has said he will not. Federal ethics rules put strict limits on nearly all government employees and elected officials to prevent self-dealing, but the rules do not apply to the president.

One area where the public interest could clash with the personal involves Trump’s influence over federal agencies whose decisions affect his businesses.

In turning the government-owned Old Post Office into his new Washington hotel, Trump struck a complex rental and management deal with the General Services Administration. As president, he will appoint the head of the GSA.

And one of Trump’s lenders, Deutsche Bank, is in settlement talks with the Justice Department over its role in the mortgage blowup that sparked the 2008 financial crisis. Trump will appoint the head of that agency, too.

For his part, Trump has dismissed the idea that he is even interested in his business now. In an interview with CBS’ “60 Minutes” on Sunday, he said he was fully engaged in efforts to “save our country.”

“I don’t care about hotel occupancy,” he added. He called matters like that “peanuts.”

The Trump Organization said in a statement that it is “vetting various structures” with the goal of transferring management to three of Trump’s children, along with a “team of highly skilled executives.”

Carter started the tradition of presidential blind trusts when he put his peanut farm in one. All the presidents who followed also set up one, according to Gross, save for Barack Obama, who mostly had holdings in plain-vanilla index funds.

With a blind trust, owners can’t control their portfolio and may not even know what’s in it. Trustees sometimes sell off holdings and invest the money elsewhere without the owner’s knowledge.

“It’s one thing to sell 1,500 shares of Procter & Gamble. You can do that easily,” Gross said. “It’s another thing to sell a golf course in a foreign country or extricate from a branding contract.”

In the 2012 presidential election, Republican nominee Mitt Romney, who had vast holdings from working at buyout firm Bain Capital, pledged to put his wealth in a blind trust certified by the Office of Government Ethics.

On CNN on Sunday, Trump adviser Rudy Giuliani suggested the president-elect could set up a blind trust. Later he suggested a more flexible arrangement might be necessary given the role of Trump’s children in his business. He called the situation “very unusual.”

“There’s no perfect way to do this,” Giuliani said. “You have to have some confidence in the integrity of the president.”