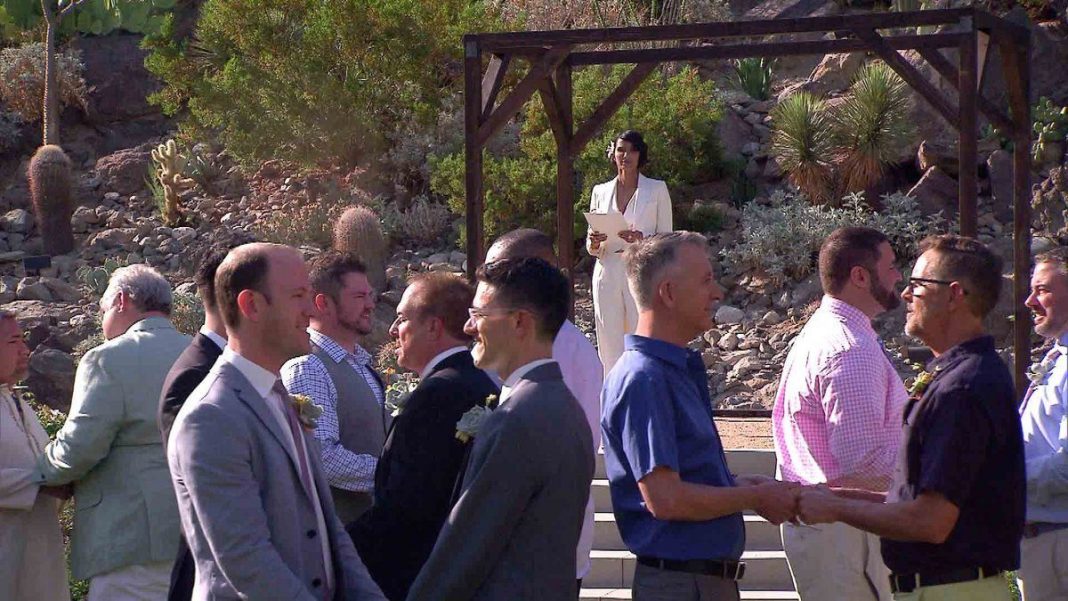 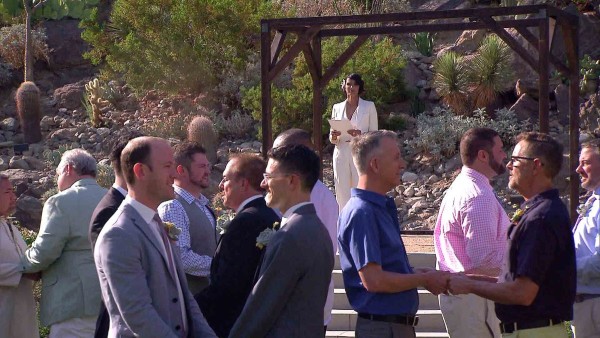 On last week’s episode of “Top Chef: California” (sorry guys and gals), Angelina said she has a lot to prove in this competition. The chefs were given dates that they had to use for the quickfire challenge. When they arrived, Chrissy Teigen was there to judge their dishes. Padma then told the chefs they had to make a dish, using dates that represent a romantic date they have gone on. Angelina said Carl’s story sounded super cute, and that might help him win.

Padma then announced the chefs would have to prepare dishes for a wedding in Palm Springs. She introduced Art Smith as the guest judge for the wedding dishes. The elimination challenge was to cater a wedding for 25 couples. Art and Padma said even though he was providing the wedding cake the chefs would still have to make dessert.

Gisele said that she was having a hard time making friends with the other chefs, and she didn’t care anymore. Carl called his wife for their wedding anniversary and said he wanted to do a great job for the couples at the wedding the chefs are catering. A yoga instructor showed up the morning of the wedding catering elimination challenge.

While prepping for the elimination challenge, Jason said he didn’t think Angelina understood that her technique on their dish had to be exactly right. Angelina said she didn’t like the situation she was in, and she said Jason wasn’t worried because he knew he wasn’t going home.

At the judge’s table, Tom said Isaac, Kwame and Wesley did great, as did Jason and Angelina. Padma then announced their favorite dish was Wesley and Kwame’s shrimp dish. Tom said the shrimp were nicely cooked, and Gail said the dish came together nicely. Art then announced that Kwame had won the elimination challenge for this week.

Padma then announced that the judges didn’t like Karen and Gisele’s dish and Phillip and Kwame’s dish. Padma asked Kwame and Phillip what went wrong with their dish. Philip said that they wanted a vegetable-driven garnish for their steak. Tom said Gisele’s asparagus was undercooked, and the mushrooms were soggy. Jason called Phillip delusional and said he should shut up. Padma then announced that Gisele was going home this week.