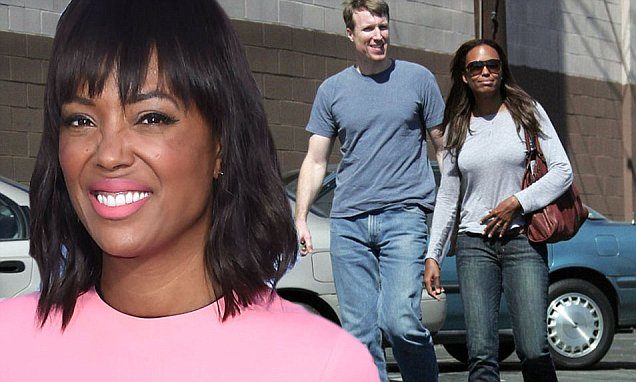 While 20 years may be a long time, it sometimes takes that long for two people to realize they just aren’t right for each other. On Friday, TMZ reported that court documents had been filed by Jeff Tietjens, requesting a formal divorce from his wife of 20-years, CBS personality and Criminal Minds actress Aisha Tyler.

Although the divorce filing is fairly recent (occurred at the beginning of April), Jeff and Aisha have been separated since January 2015. The two got married back in 1994 after falling in love in college. Sadly, this love just didn’t last for the long haul, and the couple faced their fair share of struggles throughout their relationship.

In 2013 Aisha (she was 43 at the time) opened up on her daytime talk show The Talk, confessing that she and Jeff had given up on having kids after many years of disappointment. Aisha explained, “After 40, your chances of getting pregnant are between 2 and 9 percent. In my particular case, they were less than 5 percent. I’m old, in baby years, that’s old to be trying to get pregnant.” She went on to say that her doctor told her “Look, based on what we’re seeing here, I just don’t think this is going to happen for you.” Despite this setback, it is unclear whether or not Aisha’s infertility played a major role in Jeff’s decision to end things. On the filed documents Jeff stated “irreconcilable differences” and opted out of receiving spousal support (although he kept his right to reconsider this option in the future).

Aisha is often heard commenting on the latest breakups in Hollywood, alongside her other cohosts, on The Talk. Therefore, it will be interesting to see just how candid she will get when it comes to her own situation on live TV.

While some stars (ahem, Kylie Jenner) like to mix up their hair style/color every other day, singer Taylor Swift is one of the few celebs that picks one look and sticks with it.

For the past few years, the musician has been sporting a short, wavy bob that complements her sophisticated and arguably timeless style. However, it appears as though even Taylor needs a change-up every now and then. Thus, she reportedly opted to go platinum blonde on Thursday, right before heading off to Coachella Music Festival.

On Friday, Taylor playfully posted a picture on her Instagram that showed off her new ‘do. Alongside a picture of her wearing a bomber jacket, shades and her signature red lips, Taylor captioned “BLEACHELLA” – evidently referencing her nearly white locks of hair. 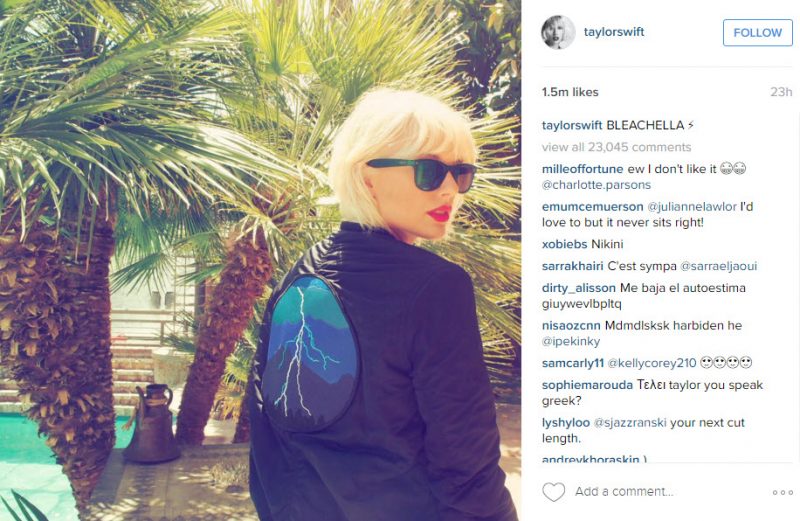 Moreover, Taylor is not attending the festival for the music; she is also there to support numerous of her friends who are performing. On Friday, Taylor’s gal pal Ellie Goulding is one of the main performers; meanwhile Taylor’s boyfriend DJ Calvin Harris will also be taking the stage in a few days.