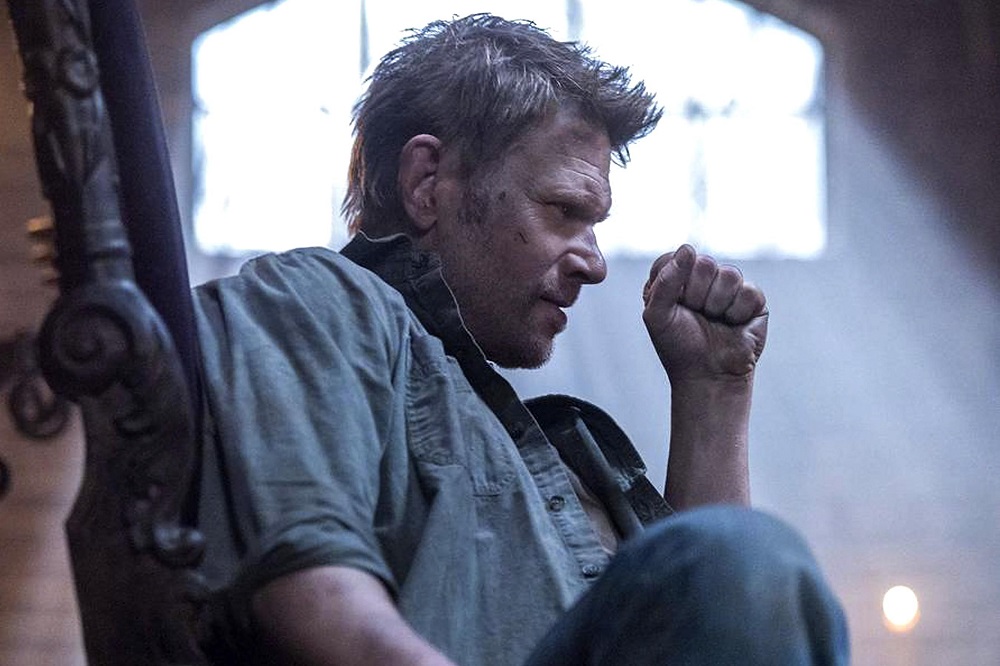 Things are not yet well in heaven and in hell with Supernatural. Leaderless, without God and with the threat of a powerful Nephilim, the angels turn to an unlikely leader while below, the demons still don’t like Crowley’s leadership and he’s in for a surprising coup. Politics, never great anywhere. Spoiler alert for the recap below but as before, I mix things around a little so you can enjoy the show even after reading this piece, you insurgents.

The episode begins with a young couple named Marcus and Gwen in the woods. In Supernatural, things don’t go well for people in the woods, cabin or not. They get attacked by a hellhound. Marcus gets killed but Gwen escapes only after injuring the hound with an axe. 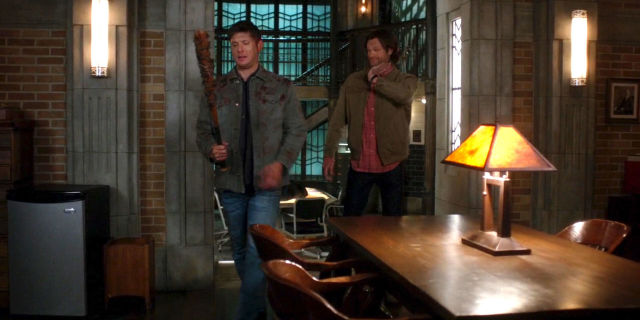 The scene then cuts to Sam and Dean coming back to the bunker fresh from a hunt. A little fan service here, Dean is swinging daddy Jeffrey Dean Morgan’s barbed bat. I’m a fan of The Walking Dead, but for some reason, it didn’t resonate. It did for a bit. Nothing on zombies here though, Dean used it to bash a siren’s head in. Dean’s a little happy about getting cases in rapid succession but that’s how Mary’s been working lately right? Even Sam is clandestinely checking his phone for case calls, crediting an algorithm he designed to look for cases. Last episode, he told Mick that he’s in to working with the BMOL when they ‘changed the world’ after killing the alpha vampire.

The next case takes them immediately to Marcus’ and Gwen. They visit Gwen to tell her that Marcus was killed by a bear to spare her from knowing her boyfriend made a deal with a demon. Gwen swears by what happened but the brothers kept to their story and Gwen makes them leave. She then gets attacked by the hound but is saved by Sam and Dean still close by. They are puzzled that the hound would attack Gwen as well and Gwen told them she and Marcus didn’t make any deals. Notice something’s off at the beginning? The couple would have to have been kids if any of them made a deal. So the brothers call Crowley for help.

Castiel meanwhile is working on his own, investigating angel deaths. He ends up in the diner where Kelly Kline was when she was taken by Dagon. The angels that died were assigned to kill Kelly. Castiel meets up with a fellow angel named Kelvin or Calvin. Well, Kelvin tells Cas that though he’s not welcome in heaven, the angels need his help in hunting down the Nephilim due to his extensive earthly experience. Kelvin tempts Cas that he would receive better support from his fellow angels, his true family, than the Winchesters and that getting rid of the Nephilim will make him welcome in heaven again. Kelvin also tells Cas that the hunt for the Nephilim brought the angels together and are now led by Joshua, the guy in charge of the Garden of Eden and formerly disassociated with the other angels. 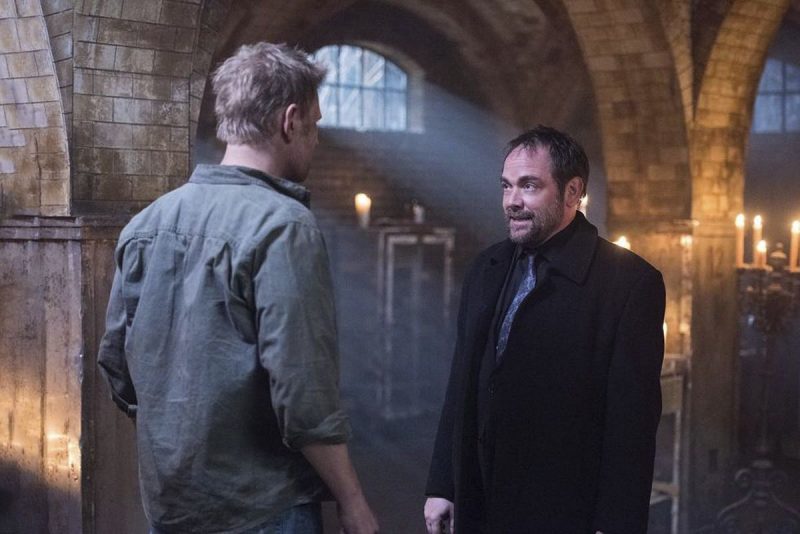 Down in hell, Crowley is still busy gloating to Lucifer about his success. Despite being in chains, Lucifer or Mark Pellegrino is quite content with his situation, just biding his time waiting for Crowley to screw up. Lucifer being snarky never gets old and that’s why, (can’t believe I’m saying this) we love him. Crowley’s demons call him up for administrative duty which gets postponed when he visits the Winchesters in front of Gwen after Dean tells him that his hellhounds are loose killing people who didn’t sell their souls. Dealing with the hellhound is a big deal for Crowley because it’s political so as to look like he’s in control. The hellhound in question is one named Ramsey (no ancient sounding name available?), one of the first hellhounds and loyal only to Lucifer. Found the Lucifer namedrop quite foreboding as will be seen later. 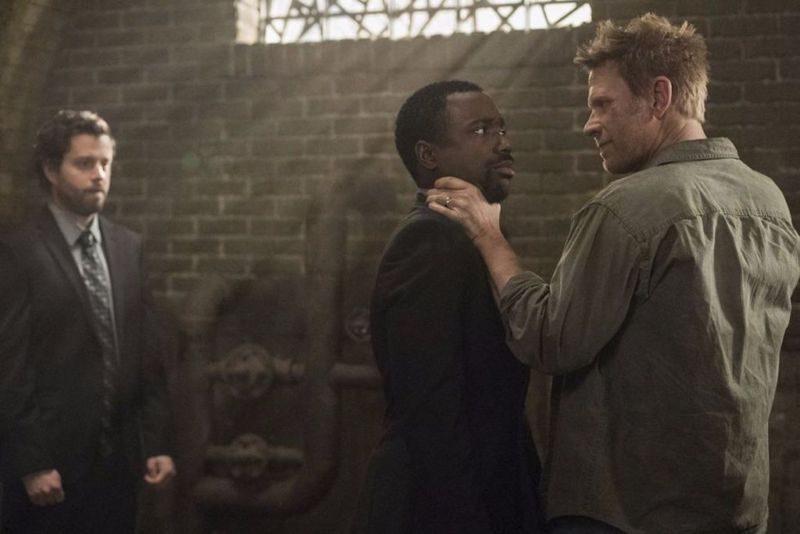 It turns out, the other demons don’t know what Crowley is up to, except for the demons that did the research on the cage, whom Crowley later disposed of. The two demons that called him earlier suspect something’s up. They released Ramsey as a distraction so they can investigate and find the shackled Lucifer. They swear their loyalty but demand a few things before releasing him with a key they picked from Crowley. Lucifer just couldn’t be trusted and disposes of the demons afterwards.

Sam, Gwen, Dean and Crowley go out to hunt for the hellhound. Sam and Gwen cruise around the Impala waiting for the hellhound while Dean and Crowley go look for its den. Crowley and Dean talk about old times and how they bonded and it would seem that they’re now really friends even though Dean would hate to admit it. They the find Marcus’ body while Sam and Gwen get attacked in the Impala by Ramsey. Sam goes out to kill it but gets knocked down. Gwen hits the hound with a suitcase while it’s over Sam. Sam then manages to kill it with an angel blade. They all later meet up. Gwen gives Crowley a hug as thanks. This time, after all his mistrust on Crowley, Sam thanks him as well. Crowley disappears.

Crowley later comes back to hell with Lucifer on the loose but doesn’t seem to be alarmed. He finds Lucifer on the throne. Lucifer is about to kill him when Crowley snaps his fingers and Lucifer suddenly gets depowered. Crowley snaps his fingers again and Lucifer is in pain. Crowley tells him that the chains were actually nothing. The real prison is the vessel itself, embedded with properties of the cage. Crowley threatens that he’ll find the Nephilim and that he’s just getting started with his plans for Lucifer. 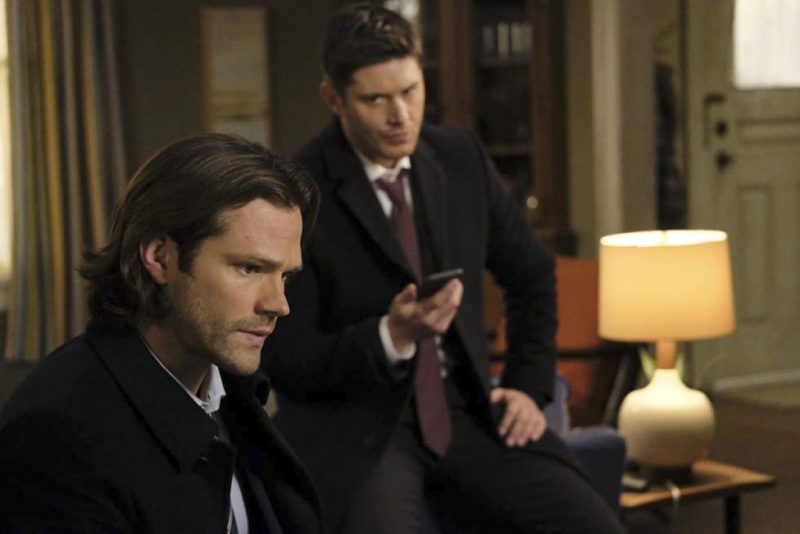 The boys later make it back to the bunker and Cas reports back to the Winchesters and tells them that Dagon has Kelly and the Nephilim in custody before going back to heaven through the playground sandbox gate. Sam gets another case from Mick. Sam quickly stops the charade and tells Dean that it was Mick behind all the cases. No discounting all the hunting help they’ve been getting and all the people they helped, Dean agrees, but still doesn’t trust the BMOL. If something’s off, they bail. Sam picks up Mick’s call.

This is a good filler episode intended to move along the big Lucifer/Nephilim arc. It’s okay but not that great. Fortunately, they decide to move things along quickly and shake things up. In this episode, Dean is made to agree working with the BMOL by Sam who already agreed in the previous episode. Convincing Dean wasn’t that hard and the situation is not dragged around ‘til next episode. And like they said, the hellhound monster of the week, despite having some lore behind it is simply a distraction for the bigger stuff happening in the background.

Cas is again dragged into angel politics and we know heaven has not been really nice to him lately. It’s sad that he’s so easily manipulated by fellow angels and hopefully, this time, it turns out well for him because it’s getting old. At the end of this whole thing, which could probably become a moral dilemma for Cas, Sam, Dean and Mary once they catch up to the Nephilim which could turn out to be just a baby or a small child. Will Cas choose heaven’s side or will he follow his human side? Given his track record, if he follows the latter, it could go bad for heaven and even the world. But at least, in this, Cas could get back to full power after getting back upstairs. Even at full power, Lucifer, Dagon and a host of angels are not easy to deal with.

While downstairs, the show decided to shake things up by letting Lucifer loose. It was quite effective and this fan thought that we might lose Crowley this time. Is the show actually going to do it? No, no, no, no, no but yes, he had something up his sleeve. And just when we thought Crowley might turn out to be a good guy, finally getting some appreciation, he’s still his evil self and what could be more evil than being evil to the devil himself. And he’s just getting started. 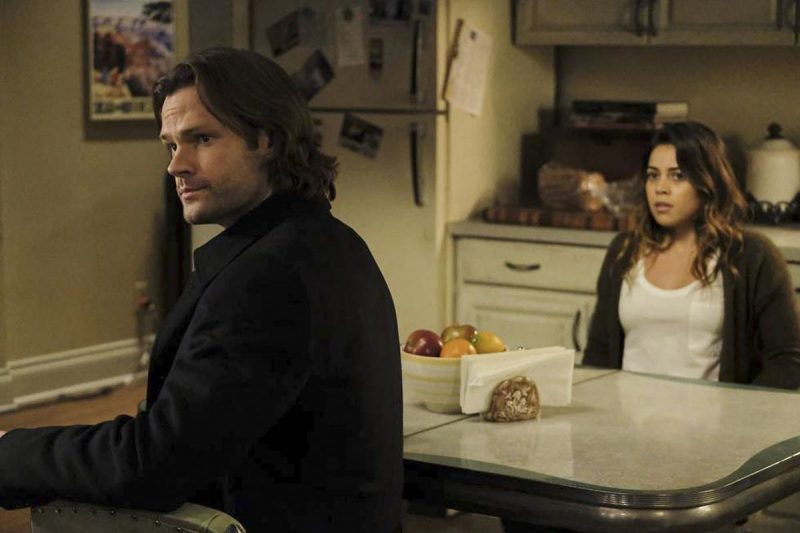 This episode is just intended to move things along to new chapters in the characters’ lives. Sam and Dean have finally chosen to work in a more organized organization. American hunters hardly want to do so to avoid getting mired in politics and compromise their personal freedoms. The BMOL may nicely want to wipe out monsters in the US but are subject to the whims of a few old men with an agenda. The same goes with Castiel as he chooses to rejoin heaven which doesn’t feel right after Naomi and Metatron. This episode is good but just doesn’t have the amount of emotion or drama as other good episodes do. In a show that’s about bashing monsters’ skulls in with a barbed bat, it’s kind of weird to go around looking for depth and drama. It’s the show’s fault for making us want it. What’s notable here is that Crowley finally gets the appreciation we fans want for him. Unfortunately, he flushes that down the toilet for the sake of some master plan. The real depth could come later but it’s still nice to get all riled up even during a setup.