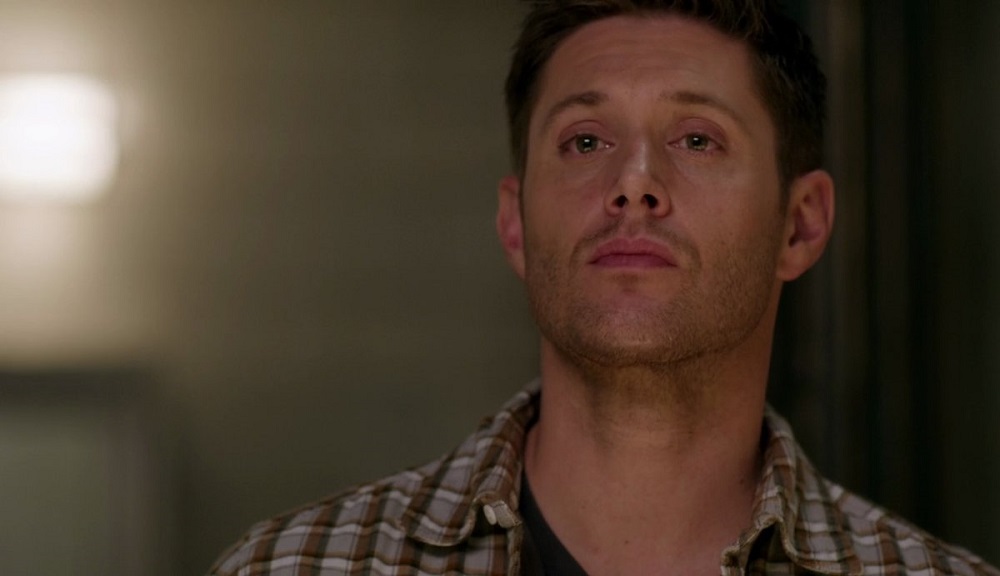 Time travel’s a b#$%h. But well-handled, it’s a great plot device for sci-fi and supernatural films and shows. Botched however, it becomes an itch you can’t scratch almost forever putting a spot in beloved films and series. I love Supernatural, but the writers just wrote themselves in a bind in Family Feud. The requisite spoiler alert for fans who have yet to see the episode featured on this recap. Don’t worry, as in the previous recaps, I’ll leave a few bits out so you can enjoy the show even after reading.

Family Feud, is actually more about time travel. It’s about family problems. For a show about kicking the paranormal’s ass and family, it has to show both the good and the bad. In this case, the bad side of family. We all know this little memorable quote.

A few months into coming back from the dead, Mary Winchester just threw a wrench into her almost non-existent relationship with her sons by admitting to working with the British Men of Letters. The boys made it clear that they don’t the group for almost killing them. Imagine if they knew what Ketch did to the psychic girl they saved a while back. But they do keep the group at arm’s length after their assistance in defeating Lucifer and their breakout from Site 94. That was a stellar episode by the way. But imagine if they also knew what Ketch did to the soldiers they left there. Can’t argue with what the BMOL did there otherwise, the Winchesters could have been just as hunted as they were by Leviathans in season 7.

Now let’s go to the time travel thing. This episode is basically a vengeful spirit hunt. Something is killing a bunch of people at random. Sam and Dean decide to check it out as they remain blank as to Kelly Kline and her baby’s whereabouts. Got to give her credit for managing to keep herself off the grid from both the Winchesters and the government. There’s another hole here by the way. Are the angels both on heaven and Earth unable to trace her whereabouts too?  But how could Lucifer and the Princes of hell? Could Lucifer have given her an anti-angel tracking brand? That could be it, right?

Back to the ghost. It turns out that the common denominator to the killings is that all the victims were teachers and that the victims were near or inside museums. The boys deduce a ghost decide to check out any new exhibits and come up with the ship someone familiar traveled in. It turns out the ship was where Gavin MacLeod supposedly died in before he was taken to the present by Abaddon. They decide to track Gavin down through Rowena when Crowley refuses his cooperation. They find Gavin, nice kid by the way, and they show him the ship. They discover through a locket’s picture that Gavin’s girlfriend Fiona boarded the ship in pursuit of him. Long story short, she was found out by the crew, and people don’t take kindly to stowaways. She was presumably raped and afterwards chastised by her fellow passenger who happened to be her teacher. Getting assaulted by the crew was forthcoming, but she didn’t expect her teacher to be harsh thus, the vendetta.

Fiona wouldn’t have boarded the ship in the first place if not for Abaddon’s time travel. Being presumably dead, Gavin could have harmlessly lived in the 21st century if Fiona didn’t board the ship. Obviously, the brothers couldn’t toast her bones. While the locket is an obvious link, her other possessions could still have tethered her to keep to the plot which is to send Gavin back to Scotland and his impending demise (poor kid). The argument on the locket seemed really weak as the same could have applied to previous ghosts. Really. So the boys manage to save a teacher from becoming another victim and they hold a séance so Gavin can talk to Fiona thus revealing her plight. Because Gavin loves her so much and in order to spare her from her unfortunate plight, he agrees to be sent back in time with Rowena’s help. Crowley tries to stop the procedure but Rowena holds him back and Gavin is sent back to the past. 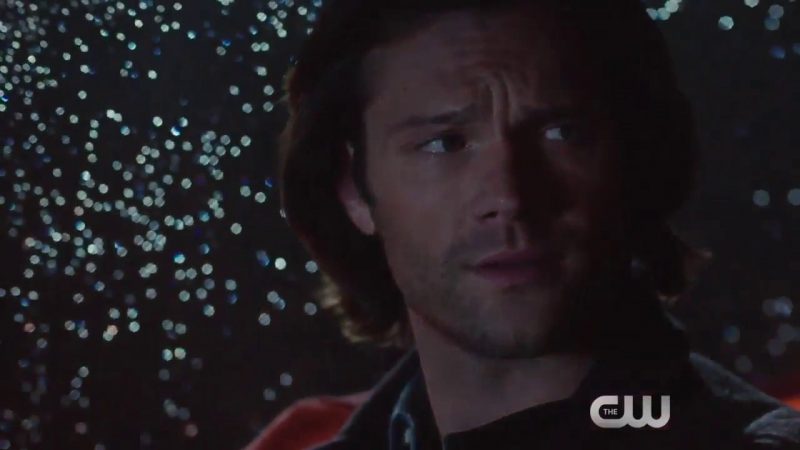 The time travel problem with this episode is that glaring plot hole in the end of the episode. The brothers still know that several teachers died when it shouldn’t have happened in the first place. The deaths were erased, but everything else was just the same. In a perfect world, everyone should have woken up in a brand new reality without knowledge of the teachers dying at the very least.

We could posit a paradox wherein Gavin gets sent back seconds after Abaddon takes him and goes to Fiona to convince her not to attempt boarding the ship. He succeeds and goes back to his house to continue packing to board the ship. Everything that happens after Abaddon takes him happens the same way keeping the past events canon that led to Abaddon’s downfall. But that still doesn’t explain why the brothers still know of the teachers’ deaths. Botched time travel stories can drive even seasoned geeks crazy. This also doesn’t explain why Gavin would even go back to the ship given his knowledge of the future unless he’s really a noble guy.

Anyway, it’s a good ghost story to stick Gavin in for people who wonder what happened to his character but really terrible time travel handling. It’s supernatural anyway so anything can happen right? But what about the Family Feud title? How come? 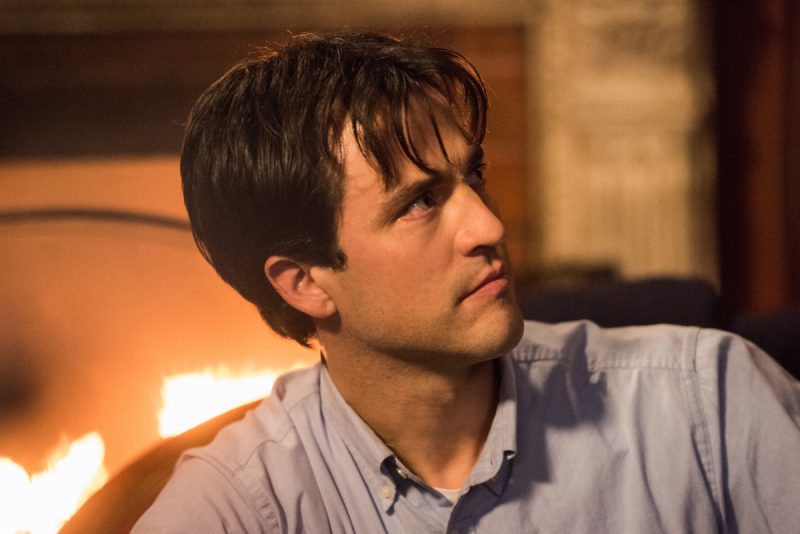 It’s also disappointing to know that Crowley might not actually be completely in the family and that Rowena won’t be getting too close to him as a mother as well. Plus, unless Mary explains it properly as shown at the end of the episode, the boys will also be keeping her at arm’s length after she revealed she was working for the BMOL. Crowley, months before ruined Rowena’s spell to send Lucifer back in the cage, ending his arc for good. But Crowley wants him to savor the taste of floor. But at least we get Mark Pellegrino back because Crowley sent Lucifer to a chained his vessel instead. What can we expect from a demon but to be evil and petty to his former master? We’d still like to think he’s onboard after his display with Ramiel. Crowley’s real problem with family is with Rowena. It turns out helping send Gavin back in time wasn’t out of the goodness in her heart. She wanted Crowley to lose his son in exchange for Crowley making Rowena kill her beloved Oskar in season 10 so she could remove the Mark of Cain from Dean. And we wanted Rowena to so nice.

So after witch and demon enjoy their petty vendettas, hopefully, things turn out nicely with them later on. Lucifer in chains was to be expected after his non-climactic exit in LOTUS and what the show will do to him will hopefully be as grand as Season 5’s Swan Song. What happens with Mary after her revelation on the BMOL remains to be seen. That’s a thing about the future; we’ll never know how the writers will come up with something brilliant to tie everything together. The brothers’ relation with Mary, her ultimate role, the BMOL’s ultimate role in things, Lucifer and the Nephilim. The problem pointed out earlier just seems lazy.