Home TV Show Recaps Step It Up ‘Step It Up’: 105 Play Less, You Hot Mess Recap 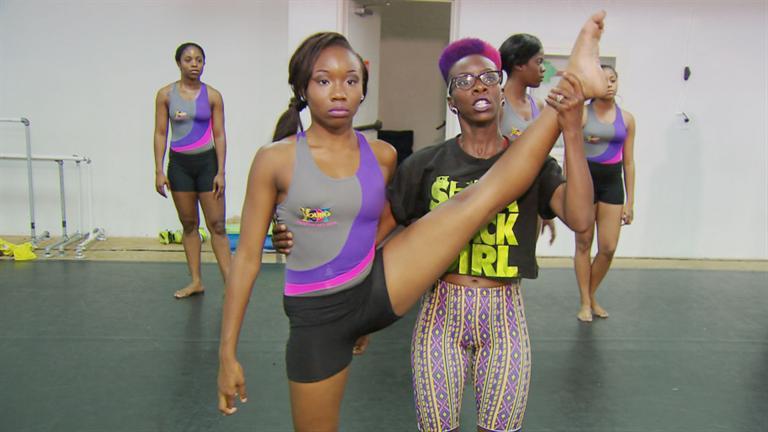 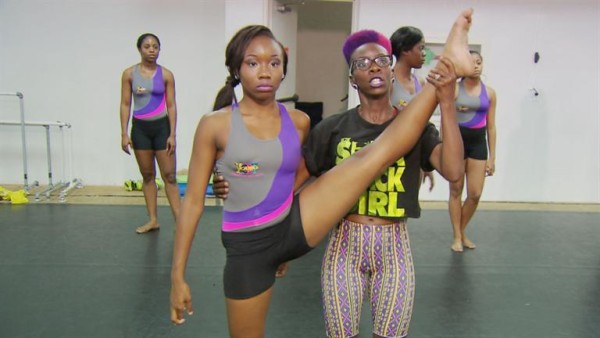 This week on Step It Up, Traci and YCDT (Young Contemporary Dance Theatre) are pulling double duty.

It is a big challenge because the team is doing two separate events. They are dancing at Busch Gardens and another popular Miami establishment. These are opportunities for them to perform, so they are not competing, but each one is still important because it gives them a lot of exposures.  That means the pressure is really on and their time is stretched thin. Traci puts it on them just a little more because of everything that is at stake, and she has to see who can take the heat.

One of the girls having a hard time is Jakirah. Her issue is her feet, so she needs to work on it, and Traci lets her know in front of everyone. At the end of practice, Traci asks them to be patient because they are still getting their studio built. Because they have been going from place to place to practice, he has been hard on them but relief is not that far away.

Speaking of the studio, her husband Jean lets her know that a pallet was broken so their floor can’t be laid yet which means it’s going to take a little longer. So she goes off on him and even threatens him (as married people do). Traci blames him for things going wrong with contractors delivering it and that’s immature.

The next day at practice, she makes the dancers “bring it” and she does not let Jakirah slack. In fact, she’s harder on her. Traci grabs her foot and nearly breaks it (according to Jakirah). She tells them to “get right or get the hell left.”

To cool off and get herself together, she meets up with some of her girls at the gym. Working out is very important to Traci, and she puts them through. She doesn’t push them as hard as she does her dancers, because, you know, these are grown women, and they aren’t going to take her talking to them like she’s crazy.

A few days later, Traci holds cuts, the kids dance, and she watches in silence. After they finish the routine she calls the names of those who will not be dancing and surprise, Jakirah makes it. One of the guys, however, is a bit confused as to why he got cut. He actually gets back in the line with the dancers who will be performing and looks at Traci kind of sideways. She tells him “bye”, and he walks out slowly because he just can’t believe he won’t be dancing.

Before the competition, Traci meets with one of her friends for lunch, and she doesn’t want to think about anything dealing with dancing. Her girlfriend tells her that she’s crazy and too hard on her dancers. But she understands why. This makes Tracy feel good because it’s important to her for people to see why she is the way she is. She loves her kids and cares about them and for her, it’s about preparing them for the real world, whether they want to be a dancer or not.

“I’m tough on my dancers because of the real world.”

It doesn’t play so Traci doesn’t either.

Performance day comes, and the dancers are beyond the hype.  Traci tells them they need to keep their energy up because all 1500 of the people in attendance at the first gig are there for a great show.

They go on stage and are “dancing their behinds off.” They do a great job, and everyone is super proud of their work.

After they leave the stage, Traci let’s them know how great a job they did and reminds them about the need for their energy to stay just as high at Busch Gardens. They agree and are ready to put on another stellar performance.

As they head to their second show, the dancers are tired and noticeably slow. Traci doesn’t like what she sees because, in the real dance world, you may dance a couple times a day, every day, so they need to get their wind up.

At Busch Gardens, the parents as well the dancers are super excited because most of them have never been anywhere outside of “the hood.” Being at Busch Gardens is a big deal for everyone for so many reasons.

Traci goes off on them before they head on stage, especially the girls because they don’t look good. Their hair is messy, their makeup is not on point, and she tells them, “ya’ll look thrown together.”

They hit the floor and Jakirah leads the way. She is a great dancer! The rest of the team joins her on stage, and they do a good job. Not as great as their first performance, which more than likely is due to the back-to-back shows. But Traci is happy with what they did, and she releases them to have fun in Busch Gardens.