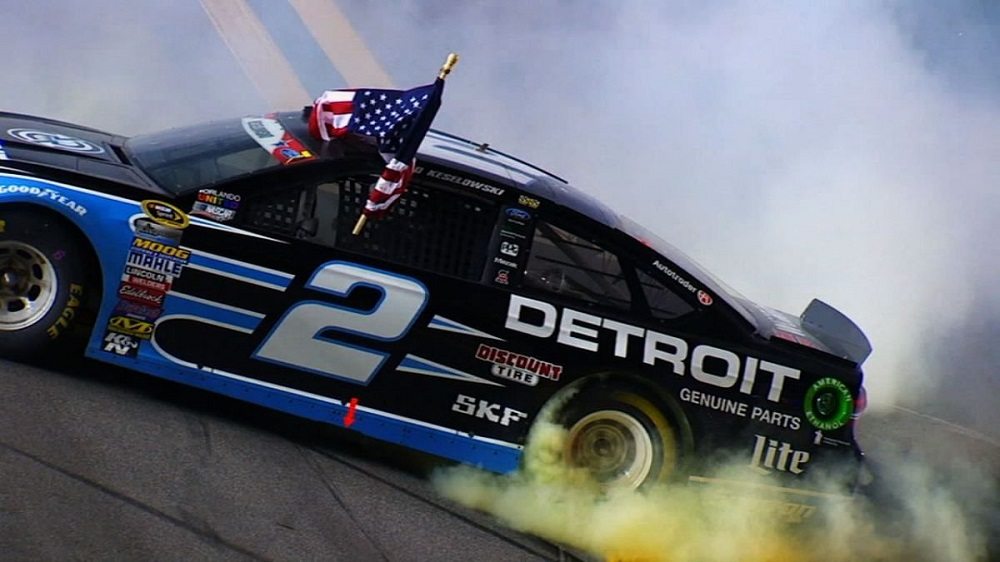 I hate NASCAR, but I love me some daily fantasy NASCAR.

I wouldn’t watch a race if I were paid $30 an hour to do so. I just can’t afford to sleep four hours on a Sunday afternoon. And sleep is hard to fight off when watching a bunch of corporate wrapped necks drive the same speed, round and round endlessly.

But I will spend twenty minutes setting some lineups for DraftKings before a NASCAR race. I don’t have to watch any of the mundane laps to get a thrill ride DFS style.

So if you hate NASCAR like me, why would you bother playing daily fantasy NASCAR? After all, if you like laying money on the line with DFS, there are plenty other sports available for drafting a team that may earn you some quick cash.

The reason to choose NASCAR for your DFS action, or at least give it a shot, is the simplicity. Auto racing is the easiest sport available for DFS play. Yes, even if you have no clue who Jimmie Johnson or Kevin Harvick are.

Everybody in America thinks they are brainiacs when it comes to football. The average Joe spends Sundays second guessing coaches like Bill Belichick when in actuality Joe couldn’t tell a cover-2 from a nickel defense. But of course, everyone thinks they have a shot at big checks when it comes to daily fantasy football.

And baseball is super popular among the DFS crowd because it’s such a stat based sport in the first place.

Even basketball gets heavy play from the masses on DraftKings and FanDuel. With tons of games each week, there’s plenty of chances for guys to get their money back from the night before.

NASCAR doesn’t have the appeal of the NFL. It isn’t followed by stat nerds like MLB. And there are not multiple opportunities to win DFS contests each week. Those reasons are enough to make racing worth any fantasy player’s time.

The competition for jackpots is less intense since NASCAR lacks the popularity of the NFL. Most fantasy players gravitate to the sport about which they feel most knowledgeable. So the sport with the fewest fans will obviously have a smaller pool of fantasy players.

In other words, many of the guys you’ll compete against on DraftKings’ NASCAR contests are just guys who like watching men named Ricky and Dale go fast. The weaker the competition, the better your chances of winning real money, no matter if you’re an expert on racing or not.

The point is to beat your competition. If that competition knows very little about how to win in the DFS world, it matters not how many pictures of Dale Sr. they have in their bedroom.

I’ve played every single week this season on DraftKings and had four very high finishes in big money contests. A few points here or there and I would have had enough cash in my account to cover the upcoming 2016 NFL season.

As it stands right now, I’m just a few dollars in the hole. Breaking even isn’t the goal, but I’ve been able to play week after week without constantly having to deposit my own money to stay in the game.

I love playing NFL DFS almost as much as I love watching actual games. Yeah, a real sicko.

But it’s a grind to keep up with injuries, defense versus position, and even the freaking weather, which can impact my carefully drafted lineup.

Basketball requires you to be chained to your DK app right up to tip-off each game since there are so many late roster changes.

You can forget all that confusion with NASCAR DFS.

There is a structure for racing fantasy points of course, but you’re basically trying to pick the best six drivers within the salary cap.

You don’t have to think about individual matchups. All the drivers are facing the same opponent…which is the track they have to navigate on that specific week.

The weather is not a factor since they simply won’t race in bad weather.

Late roster changes don’t even have to enter your mind. It’s not like Dale Earnhardt Jr. is going to pull a hamstring in the garage before the race. And even if he did trip over a hillbilly fan looking for an autograph, Jr. could still drive a racecar with a bone bruise or turf toe.

NASCAR’s fantasy scoring system is super simple. Just draft the drivers you have the most confidence in for that racetrack. If you have no clue about the sport, you can simply look at the history of each track to see who has dominated.

That’s more research than a guy will do who just happens to love stock car racing and thinks he should be playing DFS.

I’m not asking you to buy a leather jacket with Kurt Busch’s face on it. And I don’t think it wise for you to spend $80,000 on an RV so you can personally attend each race and soak in 52,000 light beer calories with all the other necks.

Whether you’re new to DFS or have been frustrated by your inability to strike gold with other fantasy sports, you should try out NASCAR.

It’s the closest thing to straight up gambling.

Just draft a team that you think will dominate. No spreadsheets are needed. No subscriptions to expert advice sites. No 20 hours of weekly research.

And no need to even watch the race. Just check in afterward to see if you can afford to call in sick to work on Monday.