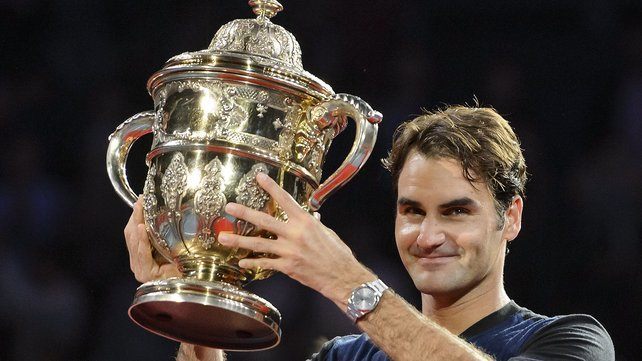 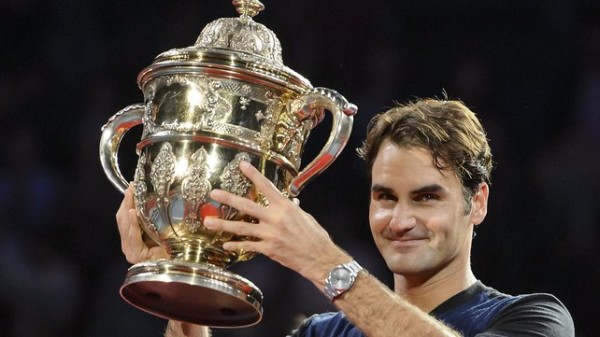 Roger Federer claimed his seventh career title at ATP Basel on Sunday, defeating career-rival Rafael Nadal in a three-set final. It was the first meeting between the two players in almost two years with Federer ending a losing streak against Nadal that dated back about twice as long. The line score in the final was 63, 57, 63.

With the seventh title, Federer matches his total titles in a quartet of other tournaments. The Swiss Maestro, currently ranked third in the world, has also won Wimbledon, Cincinnati, Dubai, and Halle a total of seven times each. Furthermore, Federer also closed the gap between he and Nadal in terms of head-to-heads. Nadal now leads the series between the two 23-11.

Speaking after the match Federer claimed this past week “was one of (his) best weeks in Basel” and that he thought the match against Nadal was a competitive one: “I had my chances in the second, but he fought back well, like he’s done throughout the week really. Overall I was really happy how I played and it was a very special day.”

Federer, in a recent previous outing on tour, had suffered an early defeat. He referenced that loss, which happened in Shanghai, and suggested that he was now on a better track:

“The confidence is good, no doubt about that. It’s good to get back into the mood of winning after Shanghai… I think the body’s gotten used to match play again after all these weeks of not playing.”

For Nadal, the Spaniard fell to 3-3 on the year in tournament finals. While making it to the championship match in a tournament that featured Stan Wawrinka on the same half of the draw has to feel good, Nadal failed to really exclaim that he was back into being a force on tour. His post-match comments suggested that he realizes he is beneath his best tennis still.

Nadal: “My goal is to get back to my level and be competitive against the top players again and today I was very competitive against one of the best players in the world. The match wasn’t far away from me. He played well and I played well too. The match was very close to win, but I think he served very well in the third. I want to congratulate him for the victory and I had a lot of quality things in my game and mental side to take away from the week.”

Both players are in the ATP Paris draw, but they should also both be tired. Look for Nadal and Federer to be more focused on the upcoming ATP World Tour Finals than the final Masters Series event of 2015.