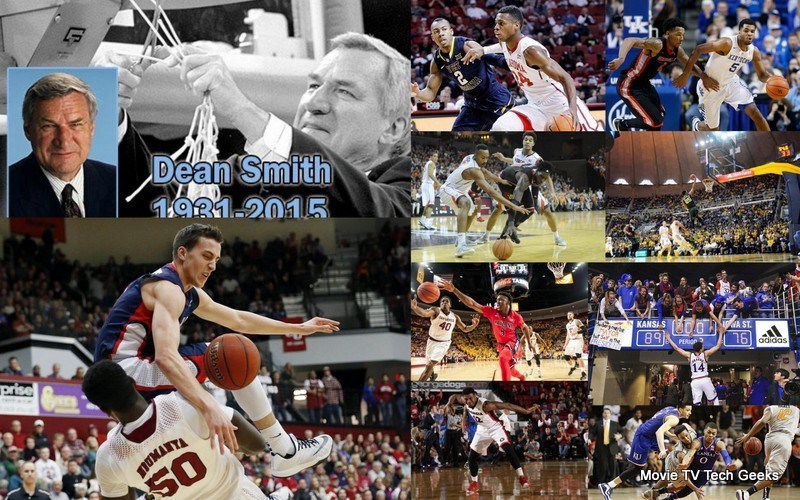 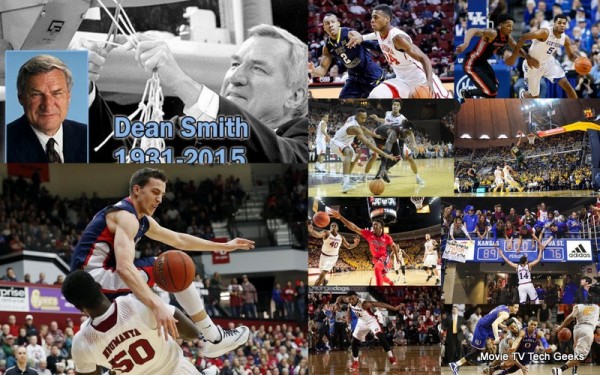 This was a week that saw the passing of one of college basketball’s greatest ambassadors. Legendary former North Carolina head coach Dean Smith passed away on Saturday at the age of 83. When Smith retired from coaching in 1997, he was the winningest coach of all-time with 879 wins. The No. 12 Tar Heels, now 18-6 (8-3 in the ACC), responded Sunday with a 79-68 win over Boston College. Current UNC head coach Roy Williams, who was an assistant under Smith, has the Tar Heels headed toward another NCAA tournament bid. Another showdown with rival Duke takes place at Cameron Indoor Stadium on Feb. 18. 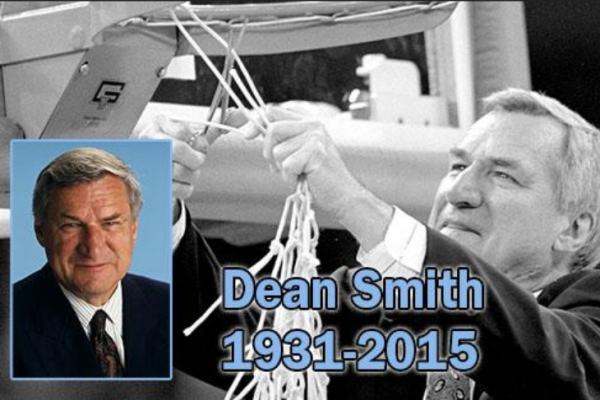 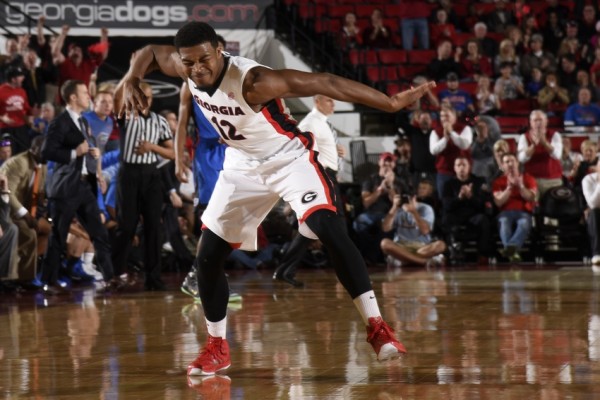 Can anyone beat top-ranked Kentucky? Apparently not as the highly talented Wildcats breeze through SEC play. They swatted away another attempt at an upset by handing Georgia (15-7, 6-4) a 69-58 defeat last Tuesday. Saturday was more of the same as the Wildcats took care of pesky Florida, 68-61. 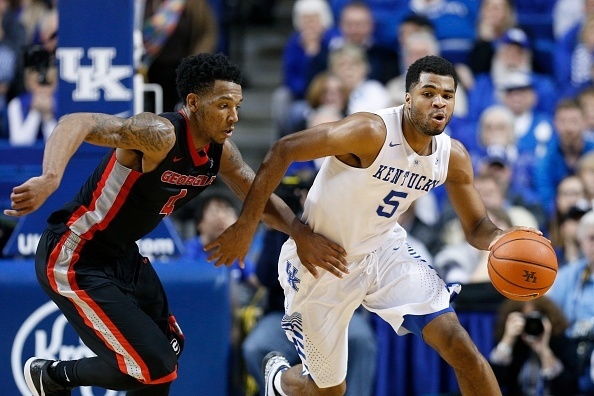 In fact, if head coach John Calipari’s Wildcats do not finish the regular season unbeaten, it would come as a big surprise. Of the nine game they have remaining on their schedule, none will come against a ranked opponent. No other team in the league is better than 6-3 in SEC play. The team that may give them the biggest challenge is most likely Arkansas (17-5, 6-3) which currently sits tied for second place in the SEC. The two teams will square off on Feb. 28, just a week before the SEC tournament. 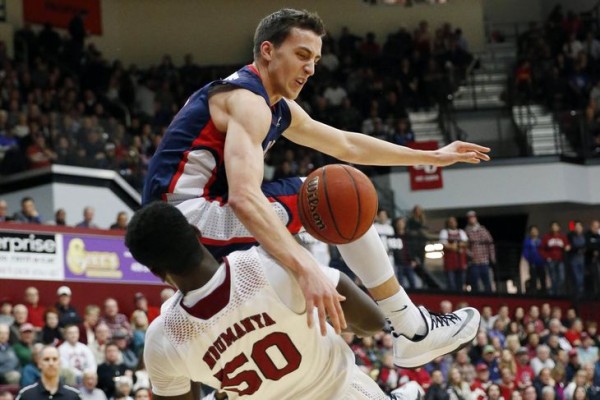 Gonzaga remained unbeaten in West Coast Conference play with wins over Santa Clara and San Francisco last week, but it wasn’t enough to keep them ranked No. 2. The Zags, which dropped one spot to No. 3, have won 17 in a row since their only loss of the season back on Dec. 6 to a then third-ranked Arizona team. 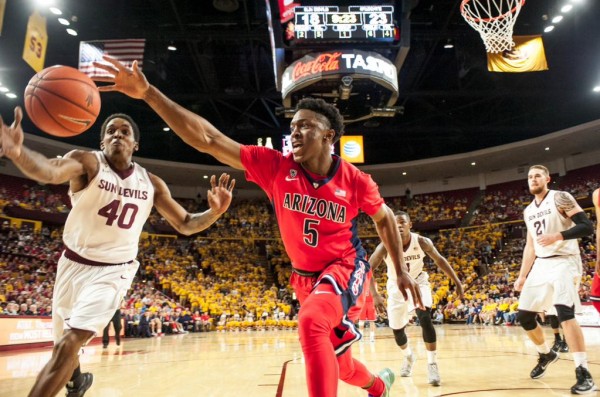 Arizona was rolling along rather nicely with six straight wins…until rival Arizona State came to town. The Sun Devils, which had lost to Arizona earlier in the season, 73-49, avenged that loss as Bo Barnes scored 18 points in the upset. The Wildcats fell behind early and trailed at the half by seven points, their largest halftime deficit of the season. The loss moves the Pac-12’s top team down a spot in the rankings to No. 7. Arizona has just one game remaining against a ranked opponent – No. 11 Utah on Feb. 28.

Virginia fell into the third spot in the national rankings after a loss last weekend to No. 4 Duke. Head coach Tony Bennett’s Cavaliers responded with a statement – a 75-64 win over No. 12 North Carolina. Malcolm Brogdon scored 17 points and Justin Anderson added 16 as Virginia recovered from its first loss of the season. The Cavs defense continually forced shots and did not allow the Tar Heels to shoot easy 3-pointers asthey had allowed against Duke. 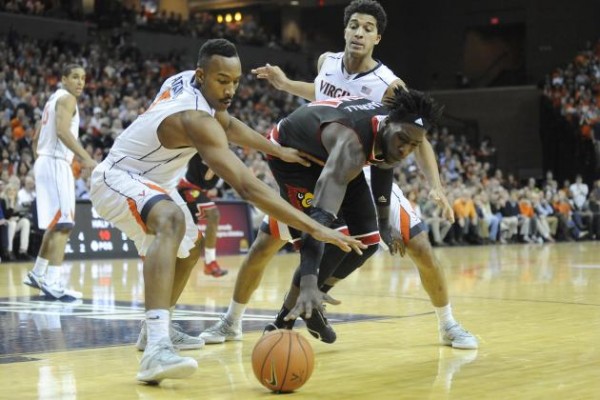 Virginia then welcomed No. 9 Louisville to John Paul Jones Arena and promptly held the Cardinals to just 13 first half points, held off a late rally, and notched a 52-47 win. Brogdon had 15 points as the Cavaliers played an almost flawless first half on defense. The pair of wins pushed Virginia back into the No. 2 ranking in the latest AP poll. Bennett’s squad is now 9-1 in ACC play.

Rough Week For The Mountaineers 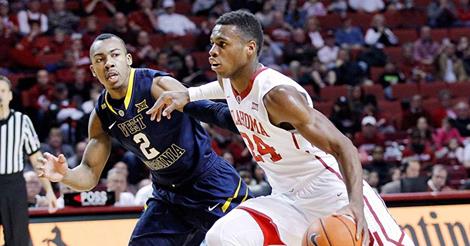 West Virginia entered the week feeling pretty good. Head coach Bob Huggins and his team had won three in a row and had moved into the No. 15 spot in the AP rankings. Then Oklahoma came to town. The Sooners broke the vaunted WVU press, shot 61 percent, and destroyed the Mountaineers 71-52. 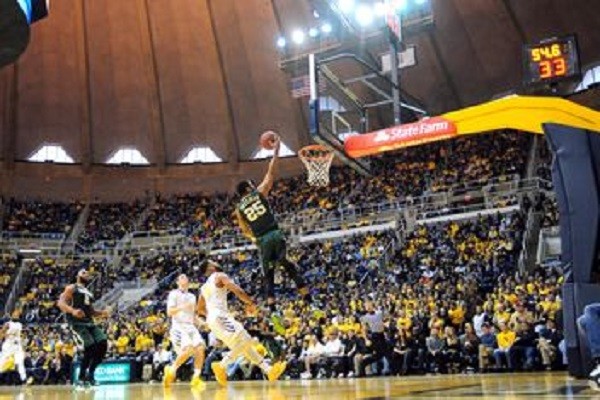 Things got worse when Huggins and company had to travel to now No. 16 Baylor. The Bears got off to a great start leading by as many as 26 in the first half. Rico Gathers scored 17 points and grabbed 17 rebounds to lead Baylor to an easy 87-69 win. West Virginia, which was challenging for the conference lead, now sits at 6-4, 18-5 overall. Things don’t get any easier either. The Mountaineers, now ranked 21st, have upcoming games with 14th-ranked Iowa State (Feb. 14) and No. 8 Kansas (Feb. 16).

Elsewhere In The Big 12

The Big 12 is full of surprises. College basketball’s toughest conference got to No. 8 Kansas. The Jayhawks traveled to Stillwater, Okla., only to fall to Oklahoma State, 67-62, for the second consecutive year. In fact, the Cowboys have beaten Kansas four of the past six times the two teams have met in Stillwater. Le’Bryan Nash scored 18 points to lead Oklahoma State, which climbed back into the Top 25 at No. 21 (tied with Big 12 foe West Virginia). 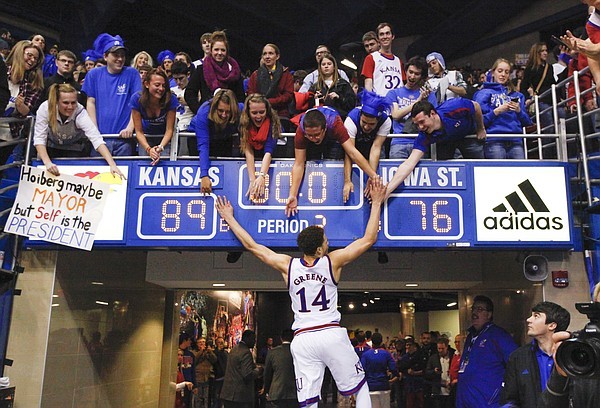 Iowa State had a chance to overtake Kansas for the conference lead but fell to the Jayhawks 89-76 on Monday. The Cyclones rebounded though with a 75-38 thrashing of Texas Tech. Jameel McKay, a 6-foot-9 junior, got his first start for Iowa State and responded by shooting a perfect 7-for-7 from the floor scoring 17 points to lead the Cyclones. They will be tested again this week with a Monday night date with Oklahoma and one with West Virginia on Saturday.

No. 13 Northern Iowa continues its run through the Missouri Valley Conference. The Panthers (22-2, 11-1) are looking forward to a showdown with No. 15 Wichita State on Feb. 28, the final regular season game of the season. Both teams moved up one position in this week’s poll.

In the Big East, the Butler Bulldogs are on a tear. Butler (No. 18), no stranger to NCAA tournament success, has won five in a row and is now just a half a game behind conference leader Villanova. The two teams square off this Saturday in a game that may determine the regular season league champion.