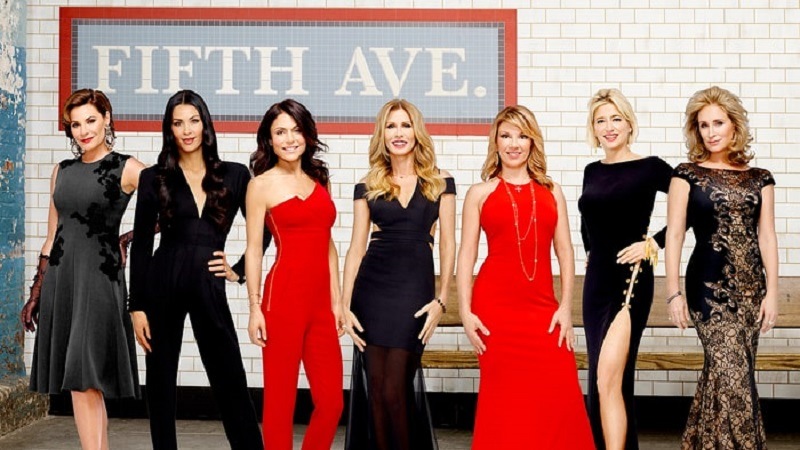 On this week’s episode of Real Housewives of New York “BBQ, Brunch or Bust,” the ladies try to have a good time while out in the Hamptons celebrating Bethenny’s recent birthday. Unfortunately, troubles ensue when John finally gives in to Dorinda’s plea and attempts to apologize to Bethenny.

While Bethenny is busy getting her place set-up for her party, Dorinda is seen talking to John about his previous confrontation with the birthday girl (featured in the previous episode). Dorinda tells him, “If you love me you will make this right and apologize.” Unfortunately, John is reluctant to do so, as he doesn’t see why he needs to apologize. In confessional, Jules (who is housing John and Dorinda for the weekend) admits “I am nervous because John seems to proud to apologize.”

Back at Bethenny’s house, Bethenny and Carole are busy talking about the feud that went down between Bethenny, Ramona and Dorinda at the lingerie party. While Bethenny claims to be “over the whole situation,” she says that she believes Dorinda owes her an apology for the way John attacked her. Carole says in agreement, “who allows their boyfriend to talk to their friends that way?” The conversation soon transitions into being about Lu Ann, whom Carole is the midst of a cold war with. Carole, who hasn’t seen Lu Ann for quite a while, reveals her plan in which she “[intends] to keep a friendly distance from Lu Ann and avoid any conflict.”

Soon after, the cast members begin piling in to Bethenny’s Hampton house, and the party begins getting underway. In confessional, Dorinda seems notably anxious as she explains, “I think John needs to follow the rules no matter what. I think he needs to humble himself and say I’m sorry and not do a lot of other verbiage period.” Clearly Dorinda’s nervousness is warranted, as there is evident tension as Bethenny greets everyone except John. In confessional Bethenny even goes on to say that she should have told Dorinda she wasn’t comfortable with her bringing John to the party after what happened the other night.

The party proceeds to be just like a high school cafeteria, as Bethenny and her group of loyal minions sit off at one table, while Jules, Michael, Dorinda, and John are isolated on the other side of the yard (the party took place mainly outdoors). Fortunately for Bethenny, this obvious segregation between the two social groups prevents John from confronting her about their feud.

A little while into the bash, Lu Ann finally arrives and oddly decides to gift Bethenny with a hula-hoop (which she has to demonstrate of course). You can basically see Carole’s eyes roll to the back of her head, as she glares at Lu Ann and states in confessional, “Lu Ann always has to be the center of attention. Please Lu Ann, act like a grown woman and leave the hula-hoop at home.”

Later on, Bethenny and her little clique get up to go get drinks and the other group – including John, subsequently follow them. Bethenny admits that she is very uncomfortable with him being there, as she gushes “John is lurking in the background like Dracula ready to pounce.” At the same time, John is getting nagged by Dorinda to talk to Bethenny, who is unfortunately, going out of her way to avoid him.

Meanwhile, Lu Ann tries to confront Carole, as she hopes to make amends with her. However, Carole is having none of it and makes it known to everyone – including Lu Ann – she doesn’t want to talk things over. Lu Ann is persistent though and manages to corner Carole. Unfortunately for Lu Ann, Carole refuses to let bygones be bygones, and they end up agreeing to just give up on being friends ever again (well basically Carole gives Lu Ann no other option). 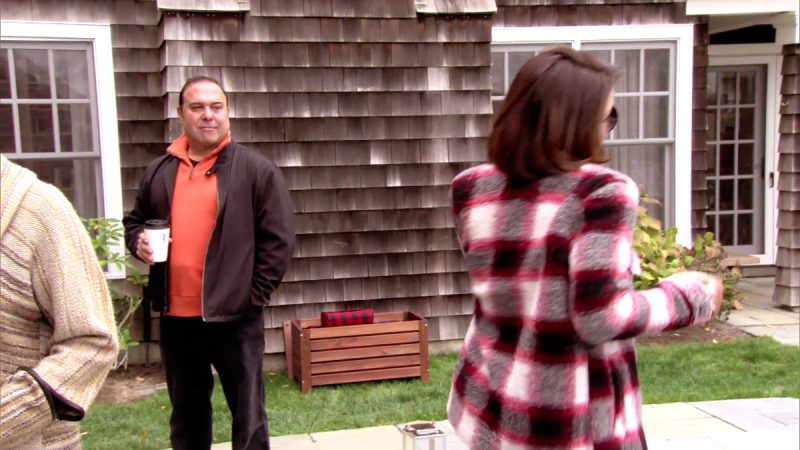 Just like Lu Ann, John is persistent in trying to get a chance to talk to Bethenny, and it eventually pays off. Right off the bat, he is on the defensive as he tells Bethenny, “you are not a nice person, and you said things to upset my girlfriend.” He goes on to add, “I am in a relationship with someone that I love and I protect those people that I love, so here it is one last time I apologize for what I said to hurt you and happy birthday.” Inevitably, Bethenny is not impressed with his attempt to make things right and proceeds to walk away. Dorinda sees that Bethenny and John failed to mend things and breaks down. This prompts Bethenny to try and be civil with John for Dorinda’s sake. Bethenny confronts John and tells him, “We can be straight for Dorinda’s sake because she is the one being hurt most by this. She is like a kid in the middle of a divorce.” John agrees, and thus, their relationship ends on a slightly better note after the party.

The next day, Jules hosts a luncheon for all of the housewives and their dates. When Bethenny and Carole arrive they are greeted at the door by John, which right away puts Bethenny in a bad mood. From here the tension only escalates, as Bethenny also gets under Jules’ skin by making passive aggressive remarks about Jules and Michael’s house still being under construction.

Everyone sits down for lunch, and the tension between Bethenny and pretty much all of the other guests is at an all time high. Lu Ann then shows up, and Carole begins feeling just as uncomfortable as Bethenny Thus, it isn’t long before Bethenny and Carole decide to leave early.

After Carole and Bethenny leave Jules talks privately with Dorinda. Jules admits that she put her guard up after she saw the two women seemingly judging her and her home. In confessional Dorinda sympathizes with Jules, saying “I feel bad for Jules because she is a natural cheerleader and she worked hard to put this brunch together. I think Bethenny is judgmental, and Carole follows whatever Bethenny does.”

And that’s the end of this week’s episode!

You can catch all-new Real Housewives of New York next Wednesday, May 4th on Bravo.