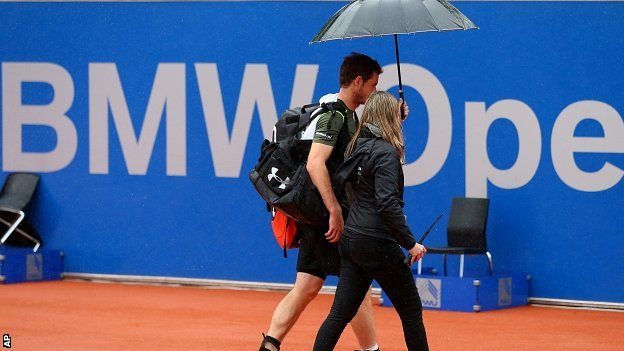 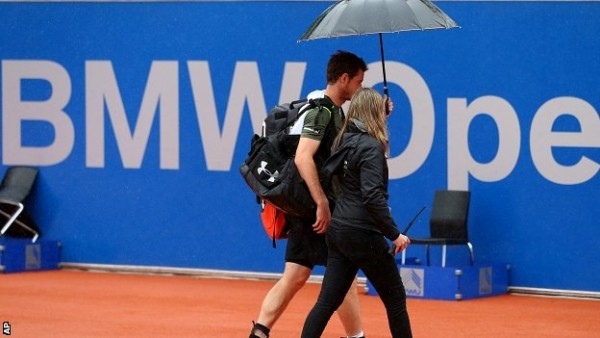 Andy Murray lives in a country where it’s rains a lot, but he wasn’t feeling too homesick when this time it prevented him from finishing his 2015 Munich Open final with German fifth seed Philipp Kohnschreiber on Sunday. They tried to make it work, but the rain seemed determined to make them hold things off until Monday.

They finally made it into court at 16:23 only for the bad weather to return with Kohlschreiber leading 3-2. They lasted twenty-three minutes on the court before realizing it was a fruitless effort.

The final is scheduled to resume at 10:00 BST on Monday. 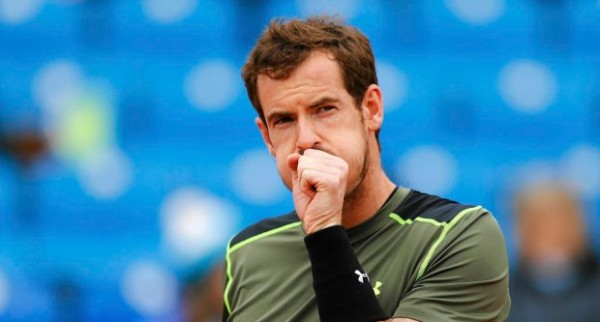 Murray had to play two singles and one doubles match on Saturday after Friday’s play was washed out.

The Scot, 27, is travelling with new coach Jonas Bjorkman for the first time this week.

Murray and Kohlschreiber have also been drawn to face each other in the second round of next week’s Madrid Open and could play again on Wednesday. The rain has been Murray’s Achilles heel this open as it also caused him to have to play very close matches with only three hours separating them when he beat Lukas Rosol 4-6, 6-3, 6-2, and then returning less than three hours later to defeat Roberto Bautista Agut in the semi-finals 6-4, 6-4.