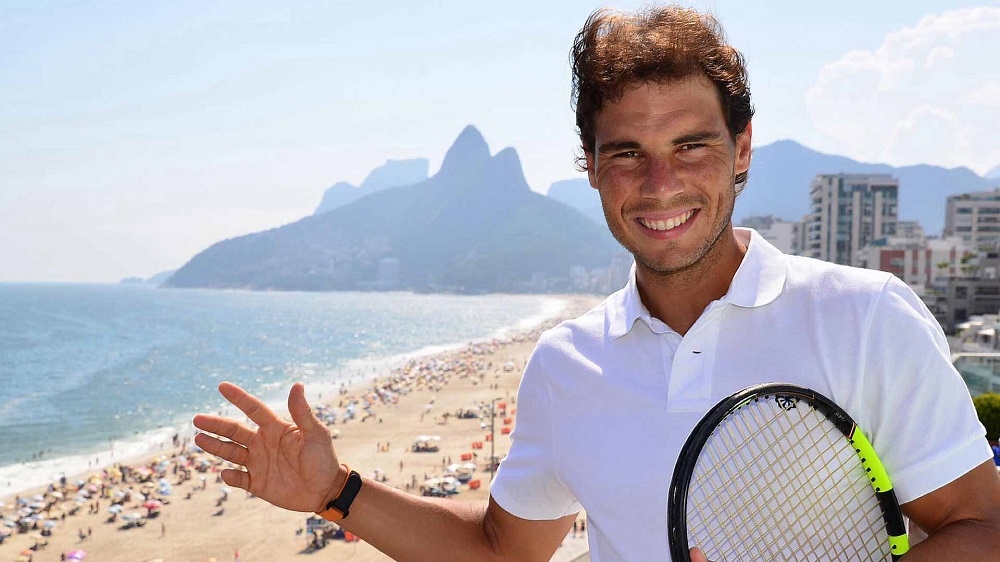 Rafael Nadal, who turned 30 years old earlier this month, has been sidelined since mid-French Open this season with a left-wrist injury. The setback eliminated him from the Roland Garros draw, where he was looking very sharp, and it will cost him the entire grass-court season as well. However, recently Nadal’s long-time coach and uncle, Toni Nadal, announced that Rafa, “if everything goes well,” will be playing at the Canadian Masters in Toronto next month.

“Rafa is doing well,” Toni Nadal confirmed. “The Federation doctor has said that everything is progressing as it should, in the time frame we expected. Now he has to start strengthening his wrist and his arm a little bit, and in two weeks we will start training step by step, working a little bit harder each day. The doctor said everything is on the right track.”

The Canadian Masters, which is known as the Rogers Cup, is part of the 1000 series on tour. Nadal has won the tournament three times, most recently in 2013 en route to a victory at the US Open that year. Last season Nadal made the quarterfinals at the event, so if he is playing near his best, then there will be an opportunity to gain some ranking points with a deeper run.

The tournament is scheduled to start on July 25th with the final scheduled for July 31st. Last year, when the tournament was played in Montreal, Andy Murray won the title, defeating Novak Djokovic in the final.

Previous statements on Nadal’s return hinted at the Rio Olympics. The tennis portion of that event starts in early August, and it’s a tournament that is of particular importance to Nadal. He won the gold medal at the Beijing Olympics in 2008, and he was named the flag bearer for Spain at the 2012 London Olympics. However, he had to miss that latter event due to injury, something he called “the toughest thing” in his career.

While missing other events have been disappointing the Olympics are special to Nadal because of the four-year gap in between each installment. Due to that gap, an athlete only gets a few opportunities to compete in them.

According to Nadal: “There’s no doubt the Olympic Games is the toughest tournament to win in the world of tennis because you have only one, two, maybe three opportunities in your career. In Slams, you have maybe 50. In Olympics, everything has to be right in that single week.”

Neither Roger Federer nor Novak Djokovic have gold medals in singles, although the former did win one in doubles partnered with Stan Wawrinka in Beijing. Currently, on tour only, Nadal and Murray are players that have won Olympic gold in singles. Nicolas Massu won the gold medal in Athens, however, he retired a few years back.

If Nadal does return for Toronto, then it will be a good prep for the Rio Olympics. The two tournaments have some similarities as they are both outdoor events and hard-court events.