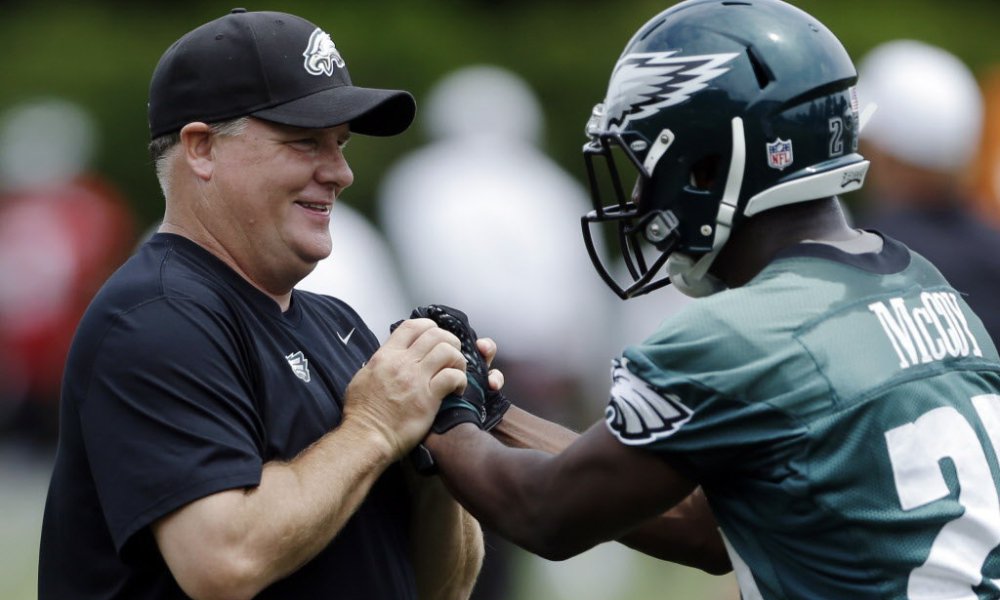 It didn’t take long for the Philadelphia Eagles to cleanse the stain left on the franchise by head coach Chip Kelly.

At the beginning of 2015, the former Oregon Ducks offensive guru decided to leave a lasting mark on the organization by trading away players like LeSean McCoy and bringing in those like Sam Bradford. The Eagles opted to resign Bradford this offseason; however, others on the roster brought in by Kelly were not, and will not be, so lucky.

First, the Eagles are sending disgruntled running back DeMarco Murray to the Tennessee Titans, where he will be receiving a brand new contract. After leading the league in rushing with the Dallas Cowboys in 2014, Murray was lackluster at best with the Eagles this past season, managing a dismal 702 yards and six touchdowns including a few games where he averaged about a yard per carry.

It was no secret that Murray wanted out a Philly, but after spending an entire season complaining about how much you miss Dallas, Tennessee just doesn’t seem like the best fit. Alas, the Eagles get a huge weight off their backs, and the Titans have a chance to revitalize the talent that produced over 1,800 yards only two seasons ago.

The Eagles also rid themselves of some dirty laundry by trading linebacker Kiko Alonso and cornerback Byron Maxwell to the Miami Dolphins in exchange for draft picks. Kelly traded McCoy to the Buffalo Bills for the linebacker; however, Alonso simply didn’t live up to the hype coming off a torn ACL after a fantastic rookie season.

As for Maxwell, the former Seattle Seahawks Legion of Boom corner was flat out overpaid in the eyes of Eagles new VP of Football Operations Howie Roseman. $19 million over the next two seasons is a lot to pay a corner. The Dolphins end of the bargain has yet to be disclosed, but despite their need for some help in the secondary with Brent Grimes leaving this offseason, Miami more than likely didn’t have to compensate the Eagles much for lifting that heavy of a contract off the payroll.

There’s a new look in Philadelphia, but will the face-lift be enough to turn the team around?